The branch was established on May 18th, 1957 by a resolution of the Council of Ministers of the USSR at the initiative of academicians M.A. Lavrentyev, S. A. Khristianovich and S. L. Sobolev. The academicians believed that the establishment of a new branch was vital for the development of academic science in such a strategically important region of the country as Siberia and for the facilitation of large-scale programs for the development of natural resources and productive forces of the region.

Key principles underlying the organization of RAS SB since the beginning include a complex (multidisciplinary) approach to scientific research, integration of science and education, and the active promotion of scientific achievements in industry. These progressive principles have stood the test of time, remaining fundamental to the work of the branch and have been accepted in several Russian and world scientific centers that build on the experience of the Siberian Branch of RAS.

Approximately one-half of the potential of the Branch is concentrated in the Novosibirsk Scientific Center.

An important component of the RAS SB is a network of more than 100 experimental field outstations and scientific stations dedicated to seismics, permafrost research, geo- and biosphere, helio- and cosmo-physical problems. Personnel at the stations keeps continuous multi-year observations. The Branch also operates several nationwide integrated research facilities. A distributed network of shared centers with unique scientific devices and equipment has been established.

As of December 1st, 2019, the Siberian Branch of RAS included 224 fellows of RAS, among them 110 RAS academicians, 114 associated fellows and 91 professors of RAS (the latter numbering 17 associated fellows of RAS). Overall, a total of 11,582 scientific staff are employed in scientific organizations of the Ministry of Education and Science of the Russian Federation, including 2,371 Doctors of Science, 6,109 candidates of science and 2,926 researchers without a degree.

The Siberian Branch of RAS is headed by Chairman, Valentin Nikolayevich Parmon.

Valentin Nikolayevich Parmon is an academician of RAS, an expert in catalysis and chemical methods of energy conversion, unconventional and renewable sources of energy. He graduated from the Moscow Institute of Physics and Technology in 1972. He has been chairing RAS SB since 2017. He is the Scientific Head of the Institute of Catalysis named after G. K. Boreskov of the Siberian Branch of the Russian Academy of Sciences (Novosibirsk).

He leads several important initiatives for the development of catalytic technologies that would reshape the raw material landscape for the chemical industry and energy.

He holds the Global Energy Award (2016) for the breakthrough development of innovative catalysts in the field of oil refining and renewable energy, having made a fundamental contribution to the development of the energy industry of the future. 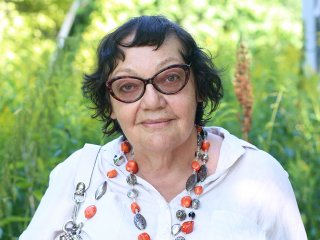 “The Species Genius of a Person is in Solving Social Problems.” Interview with Doctor of Biological Sciences Zhanna Reznikova
07.03.2022 10:30
468

Pigeons distinguish Monet from Picasso, ants can count, and crows can understand symbols. And what else is known about the cognitive abilities of animals? What are their unique abilities, and what are ours? 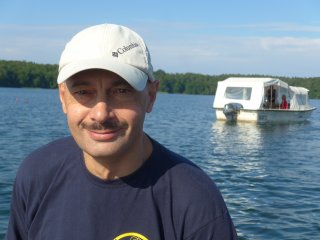 Mikhail Gladyshev, Corresponding Member of the Russian Academy of Sciences – on Fish and the Imbalance of Polyunsaturated Fatty Acids in the Body
28.10.2021 13:00
289

Why fish is scarce in the northern lakes and why is it considered a healthy food? How is the imbalance of omega-3 and omega-6 polyunsaturated fatty acids associated with cardiovascular diseases? 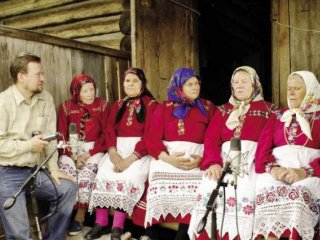 What are the qualities an ethnographer needs? Specifics of the profession are discussed in our article 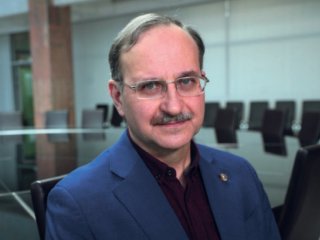 After decades in the forefront of science, Budker Institute of Nuclear Physics continues developing synchrotron radiation sources, colliders, and other installations, and not just for the Russian science sector