The world-famous Kurchatov Institute played a key role in ensuring the security of the country and developing the most important strategic areas of Soviet and then Russian science and industry. The Institute was founded in Moscow in 1943 as the Laboratory No. 2 of the Academy of Sciences of the USSR to solve the problem of developing nuclear weapons. In 1960 the nuclear center was named in honor of its founder, Igor Kurchatov, and in 1991 it received the status of a Russian Scientific Center. A pilot project implemented since 2008 seeks the establishment of the Kurchatov Institute National Research Center.

In the 20th century, Kurchatov Institute played a key role in ensuring the security of the country and developing the most important strategic directions, including the development of nuclear weapons, a fleet of nuclear submarines and surface vessels. The Kurchatov Institute was behind the design of F-1, the first nuclear reactor in Eurasia, the first tokamak plant, the first power sources for spacecraft and the first dedicated synchrotron radiation source in CIS countries.

Since its founding, Kurchatov Institute has adopted an interdisciplinary approach encompassing the full cycle from basic research to application technologies in the country's nuclear power industry.

Presently, Kurchatov Institute NRC is one of the largest scientific centers in Russia both in terms of headcount and scope of scientific interests and experimental possibilities that extend beyond nuclear science and technology to various fields of physics.

The Center consists of specialized institutes and scientific and technical complexes. The Center is included in the list of systemically important organizations of Russia.

The Kurchatov Institute is headed by the Director, Mikhail Valentinovich Kovalchuk

Appointed to the office by Decree of the President of the Russian Federation on December 7th, 2015.

Mikhail Valentinovich Kovalchuk was born on September 21st, 1946 in Leningrad.

Dr. Kovalchuk’s research laid the foundation for a fundamentally new method of studying the structure of substance based on a combination of X-ray diffraction and spectroscopy capabilities, a standing X-ray wave method of high practical relevance for the study of nanosystems. Dr. Kovalchuk is a leading scientist in the field of X-ray physics, crystallography and nanodiagnostics, one of the visionaries and organizers of the development of nanotechnologies in Russia.

In 1999, Dr. Kovalchuk was appointed the Director of the Kurchatov Center for Synchrotron Research. Under his leadership, the first and only dedicated Kurchatov source of synchrotron radiation in Russia was put into operation and a new generation of world-class precision X-ray equipment was created. Dr. Kovalchuk's work with synchrotron radiation served as a foundation for turning X-ray methods into a tool for studying surface structure, thin layers, and determining the position of individual atoms.

Interdisciplinary research initiated by Dr. Kovalchuk at the RAS Institute of Crystallography and continued at the Kurchatov Institute has reached a new level with the development of a fundamentally new scientific direction – convergence of nano-, bio-, info-, cognitive and sociohumanitarian (NBICS) sciences and technologies. Dr. Kovalchuk formed a strategy for the development of this new breakthrough direction in Russia and established the Kurchatov NBICS Center in 2009 where research aimed at convergence of modern technologies with natural “designs” is pursued under his scientific leadership.

At the initiative of Dr. Kovalchuk and with his direct involvement, a scientific program was shaped at Kurchatov Institute with a primary focus on interdisciplinary scientific research at large research complexes (mega-setups). The implementation of this program has enabled the launch of work at a distinctly new level in almost all areas of modern science, from energy, convergent technologies and particle physics to high-tech medicine, biology and information technology.

Dr. Kovalchuk is the head of the Interdepartmental Working Group on International Scientific and Technical Cooperation of the Council under the President of the Russian Federation on Science and Education.

Dr. Kovalchuk is a member of the International Steering Committee of the XFEL Global Scientific Project.

Dr. Kovalchuk is a long-time author and host of a popular science TV show, Stories from the Future with Mikhail Kovalchuk. 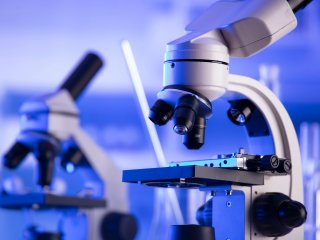 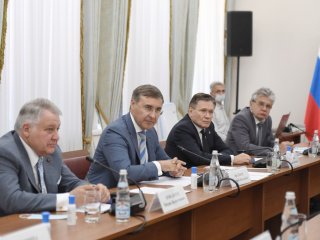 New prizes were presented today at the Presidium of the Organizing Committee of the Loyalty to Science Award, at the National Research Center Kurchatov Institute 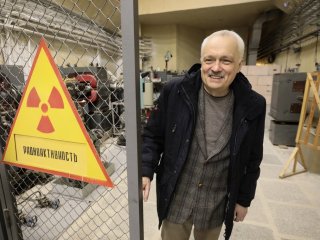