JIHT is one of the largest scientific centers in Russia in the field of modern power engineering and thermal physics. The history of the Joint Institute of High Temperatures can be traced back to 1960 – the year of creation of the Laboratory of High Temperatures of the Soviet Academy of Sciences.

Over the past 50 years, the Institute has evolved from a small scientific laboratory under the Moscow Power Engineering Institute into the largest institution under the Department of Energy, Machinery and Mechanics and Control Processes of the RAS and a leading national scientific center in the field of energy and thermal physics of extreme states. Since January 2018, the Joint Institute of High Temperatures of RAS has been headed by academician Oleg Fedorovich Petrov, a specialist in the field of experimental studies of low-temperature plasmas with dispersed-phase particles.

— Research into thermophysical, electrophysical, optical and dynamic properties of substances and low-temperature plasmas across a wide range of parameters, including extreme ones

— Research into processes of heat and mass exchange, physical gas and plasma dynamics, transformation of various types of energy at variable properties of working bodies and high density of energy flows

— Research in the field of thermal physics of intense pulsed impact on substances, materials and structures; development of methods and facilities for the generation of high energy densities

— Research into energy conservation and energy-efficient technologies, chemical energy, increasing the efficiency of natural fuels and raw materials, use of renewable energy sources.

The scientific head of the Institute is academician Vladimir Yevgenyevich Fortov.

Between January 2007 and 2017 the Joint Institute of High Temperatures of RAS was headed by ex-President of the RAS, academician Vladimir Yevgenyevich Fortov. Since December 2017 V.Y. Fortov has become the scientific head of the JIHT. Vladimir Fortov is a well-known and productive scientist in the field of energy, thermal physics, strong shock and detonation waves, plasma physics and physical mechanics. V.Y. Fortov’s research is fundamental for the development of pulsed and industrial power engineering, space physics, controlled fusion, missile technology and several special applications.

In 2008-2009, scientists from JIHT working as a part of the RAS task force, developed a forecast of power industry development until 2030 including power consumption in Russia and capacity commissioning (the forecast was prepared together with the Institute of Economic Forecasting, the Energy Research Institute and the Power Systems Institute of the Siberian Branch of the Russian Academy of Sciences). An Outline Plan (Roadmap) for Innovative Development of the Fuel and Energy Complex and the Transition to Environmentally Friendly Energy of the Future has also been developed.

Under the scientific guidance of the JIHT, a 60 MW power unit based on an aeroderivative engine with steam injection into the combustion chamber was designed and commissioned in 2009 at Mosenergo PJSC’s Combined Heat and Power Plant #28 (redesignated since then as CHPP #21) in Moscow.

Scientists from the Institute have developed an unrivaled environmentally friendly technology enabling complex energy-chemical utilization of natural gas by means of simultaneous production of electricity and synthetic liquid fuel.

JIHT actively studies thermodynamic, transportation and optical properties of real substances subjected to intense pulsed impact (exposed to waves of shock compression and adiabatic unloading, under the impact of intense ultra-short laser pulses, in conductors heated with powerful current pulses, etc.). Shared centers – the Moscow Regional Explosion Research Center and the Laser Terawatt Femtosecond Complex – operate on the grounds of the Institute. The Explosion Research Center was created based on a spherical explosive chamber, unparalleled in the country. Experimental studies of extreme states occurring in nanolayers of materials impacted by powerful femtosecond laser pulses have been carried out at the laser complex.

In recent years JIHT has been establishing a new area in physics, the physics of dusty plasma. Today’s interest in dusty plasma is related to the processes of self-organization and formation of ordered structures, so-called dusty plasma crystals. Particular importance is given to pioneering research of dusty plasmas in microgravity conditions carried out aboard the International Space Station. The Institute is working on plasma medicine, developing methods of plasma generation for decontamination and treatment of extensively infected wounds.

Research is underway at JIHT into the development of new hydrogen technologies for power engineering. Hydrogen-oxygen steam generators have been developed comprising of effective hydrogen burners which produce strong steam release. Power plants for isolated consumers have been developed based on power technology complexes by leveraging the aluminum hydrothermal oxidation reaction.

Researchers at the Institute are always ready to face modern problems of basic and applied research as well as contribute to the early introduction of scientific developments to the national economy of the country.

Reflecting the key areas of its research activities the Institute has established four scientific centers:

2. Research Center for Physical and Technical Problems of Energy (RC #2) 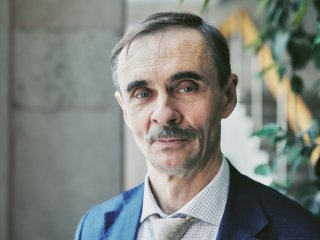 13.06.2022 10:30
789
The Continent of the 21st Century. Corresponding Member of the Russian Academy of Sciences Irina Abramova on the scientific and technological cooperation with Africa