“New chemical elements can no longer be found in nature,” Andrey Shevelkov, Corresponding Member of the Russian Academy of Sciences

― In fact, it’s very easy to answer “yes, it is true” to the latter question. As for the former, things are more complicated: many believe that uranium, the atomic number of which is 92, is the last natural chemical element of the periodic table. Uranium is radioactive, so, of course, there is a chance to come across a heavier element in nature in some trace amounts. Well, certainly, this fact has no scientific or applied significance, but it is quite intriguing to discuss.

― The deepest well depth on the planet a man has ever managed to drill is just over 12 km. Is there any chance to find new natural chemical elements if we penetrate the Earth's crust even deeper?

― I still believe the discovery of new natural chemical elements is no longer possible. Each subsequent element in the periodic table has a greater mass than the previous one, so the challenge is that with an increase in the mass of the atomic nucleus, nuclear forces are no longer strong enough to keep all its components together. That is why we observe the natural process of radioactive decay in many elements. The larger the mass, the easier it is to trigger this decay. The further a chemical element is located in the periodic table, the shorter its lifetime. Whereas some radioactive elements such as uranium have a half-life of billions or more years, the latest elements at the end of the periodic table, for example, the 118th element oganesson, have a lifetime of only a few microseconds!

― Do you mean to say from now on we will only discover new artificial elements, the lifetime of which will be increasingly shorter?

In the past, chemists and geologists discovered new elements in nature, and now they are synthesized by physicists in laboratories.

― In one of your lectures, you said that the next new chemical element would probably be a homologue of the alkali metal francium with atomic number 87. Please tell us more about it.

― The fact is that even those superheavy elements that have been synthesized recently, in one way or another, fit into the general patterns of the periodic law, according to which elements in the same group have similar properties. This does not mean that they have to be twins, but some common patterns must exist. Based on this, we can predict the properties of the next discovered element. Today, the periodic table ends with oganesson, so an element with atomic number 119 should follow with some properties, including the configuration of electrons, to some extent similar to alkali metals. At the same time, being short-lived (we are talking about microseconds), that element will not be an alkali metal.

― Doesn’t such a short lifetime, like that of the last elements of the table, prevent researchers from doing some kind of manipulations with them?

― Basically, it’s hard to talk about the chemical properties of elements the lifetime of which is microseconds. Ultrafast physical experiments are the only likely way of doing manipulations with them, which makes it possible to check the expected properties to some extent. Speaking of the practical use of the expected 119th element, I can think of no example of the use of such an element, except for identifying the fundamental patterns in physics in the first place.

― What are these patterns?

― Say, the search for an answer to the question of how protons and neutrons will behave with an increase in their number. What exactly will happen? How will the decay take place? What energies will be released? What energy is required to carry out this process? These are topics that seem very far-fetched for the time being, if we talk about practical application. But the history of science is full of examples when subjects considered too profound and fundamental have managed to see their applied value tens or even a hundred years later. One great scientist once said that chemistry is divided into two parts: applied and yet-to-be-applied. I think this is true for physics as well.

― Are there any extra chemical elements in the periodic table that nature doesn’t really need?

― What do you mean by saying “nature doesn’t really need”? If you mean applied rather than fundamental aspects, then surely artificially created superheavy chemical elements are not yet needed. If we think of chemical elements that already exist in nature, then almost each of them can be somehow applied. There is a good story about it. For a long time, it was believed that the rare earth element holmium was useless and only interfered with the extraction of neighboring elements. It turned out that this was not so, and today holmium finds its application in various magnetic alloys and more. From an applied point of view, I can find no extra elements in the periodic table. And all the more so from a fundamental point of view: all elements are extremely important, because they help trace patterns in changes in the properties of the elements themselves and their compounds, from fundamental properties all the way down to the reactivity of compounds.

― Which chemical elements will become rare in the future?

― It’s hard to predict because it mostly depends on technology needs. I can assume that a fairly common chemical element called strontium may become an endangered species over the next 50 years precisely because it is heavily used in the creation of new technologies and the upgrade of existing ones. However, if the technology alters, it is quite possible that the need for such a large amount of strontium will disappear and the threat of its extinction will vanish as well. In fact, the probability of the extinction of a particular chemical element depends on two factors: how much of this element is available in nature, and whether there is a technology for its recycling and extraction (secondary raw materials so to say).

Of course, all chemical elements are exhaustible, but the question is how quickly we can run out of stock. There are, for example, such widespread elements as silicon or iron, which can’t be possibly exhausted in the next hundreds or even thousands of years. If we talk about sourcing chemical elements, this aspect also depends on whether the processing and recycling technology for this element has been created. If it is available, the element may not be exhausted as quickly as in the case of its unavailability. For instance, about a quarter of tin today is sourced not from the bowels of the Earth, but as a result of recycling. This is a very large percentage. The same is true about iron. It rusts and then it is reprocessed into new products: steel, cast iron, and so on.

― Now a few words about the department you head, rather than about the periodic table. In 1994, the department set a new world record for high-temperature superconductivity. Please tell us more about this achievement.

― Superconductivity per se is, to some extent, a unique phenomenon: by lowering the temperature of a substance to a certain threshold, we can create a conductor of electricity in which current will not be lost at all! Lossless current transmission is the Holy Grail of researchers creating new technologies. Indeed, our department achieved a superconductivity record at a temperature of 130 K for the first time in the world. That was in 1993. A few weeks later, this record was broken by American and Italian scientists who reached superconductivity at 153 K, but their experiment — unlike ours — required a large pressure of 30 GPa. Speaking of superconductivity in the absence of such pressure, our achievement has not yet been surpassed by anyone. Our experiment was carried out in the wake of the boom in superconductivity and the search for new superconductors in the 1990s. The topic of superconductors is relevant at present, not only in our labs but also in industries unassociated with MSU.

―  Again, to make this dream come true, you need to apply a lot of pressure. At gigantic pressures measured in hundreds of GPa, it is possible to achieve superconductivity at temperatures approaching zero degrees Celsius. It is not yet possible to use such a substance in practice, because such gigantic pressures can only be created in the working core of certain devices and this is an incredibly complex and costly process.

It is theoretically possible to achieve superconductivity at room temperature, but it is not yet known what needs to be done to achieve this room temperature combined with normal or slightly elevated pressure. Research in this area continues, including in the labs of our department. It is still hard to say how many years it will take to reach the cherished dream of many researchers. The matter is further complicated by the fact that all new superconductors can’t be described by the classical fundamental theory of superconductivity put forward in the middle of the last century and describing superconductors operating at low temperatures that are familiar to us.

― Are you talking about the so-called anomalous superconductors? How interesting!

― Exactly. These new superconductors are anomalous from the point of view of modern physical theory. Apparently, their behavior is governed by other physical phenomena than conventional superconductors. It is critical for us to understand how their special properties arise, in which chemical compound this occurs, and how it affects the increase in temperature. So far, these questions are left unanswered. We are keen to study all superconductors the superconducting transition temperature of which is higher than the helium boiling point, that is, above -269°C.

We are aware of some patterns that anomalous superconductors follow, but we don’t have a complete predictive theory. It is possible to describe the phenomenon and understand why it occurs, but we can’t so far combine this knowledge into a single system of patterns described by theoretical physics.

― Hopefully, we’ll be lucky to do it someday. Thank you for this exciting interview! 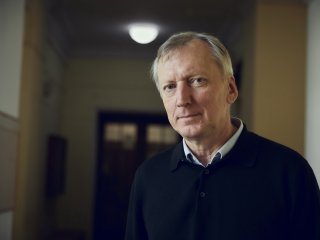 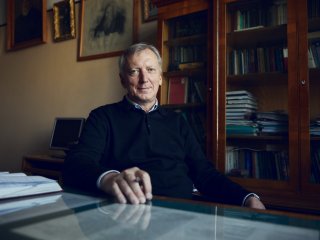 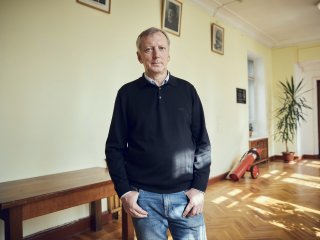 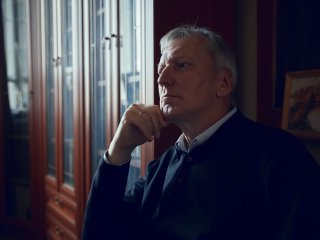 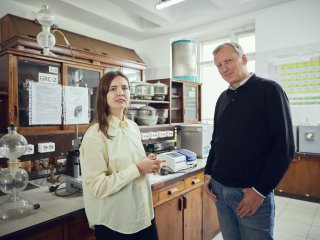 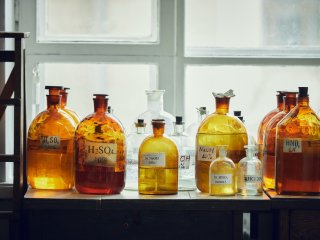 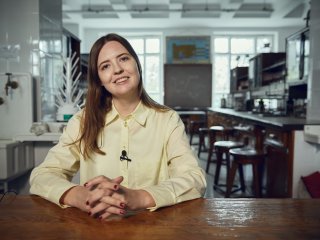 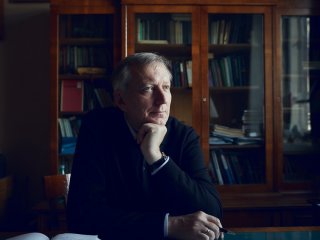 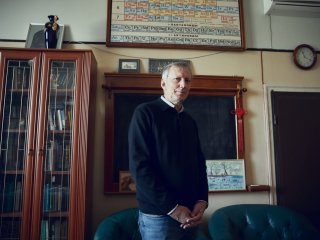 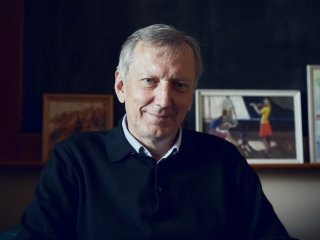 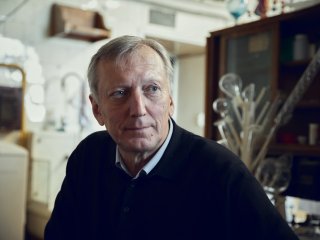 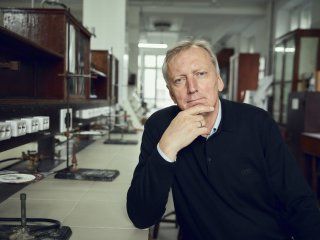 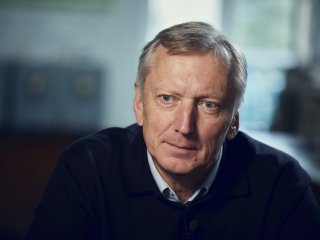 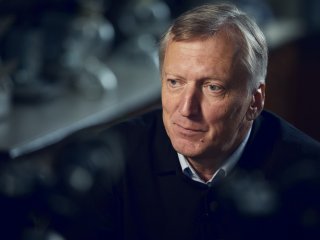 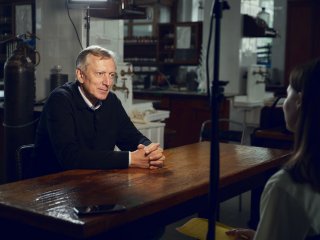 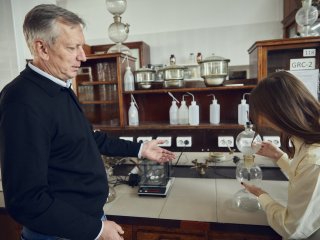 07.11.2022 10:30
201
“New chemical elements can no longer be found in nature,” Andrey Shevelkov, Corresponding Member of the Russian Academy of Sciences