The Joint Institute for Nuclear Research

The Joint Institute for Nuclear Research (JINR) is an international intergovernmental research organization, a world-renowned scientific center. The Institute is a unique example of the successful integration of fundamental theoretical and experimental research with the development and application of the latest technologies and university education. The Institute is headquartered in Dubna, Moscow region.

The JINR was established by eleven countries in 1956 to bring together the efforts, scientific and material potential of member states to study the fundamental properties of matter. 18 countries participate in its work: Armenia, Azerbaijan, Belarus, Bulgaria, Cuba, Czech Republic, Georgia, Kazakhstan, Moldova, Mongolia, North Korea, Poland, Romania, Russia, Slovakia, Ukraine, Uzbekistan, Vietnam. In addition, at the governmental level, cooperation agreements have been made with Hungary, Germany, Egypt, Italy, Serbia and the Republic of South Africa.

The scientific policy of the Institute is developed by a scientific council, which, in addition to prominent specialists representing the participant countries, includes famous physicists from China, France, Germany, Greece, India, Italy, Switzerland, the United States and the European Organization for Nuclear Research (CERN).

Major directions of theoretical and experimental research in JINR include particle physics, nuclear physics, and condensed matter physics. In addition to advanced basic research, the experimentation facilities at JINR’s disposal enable it to carry out applied research aimed at the development and creation of new nuclear physics and information technologies.

JINR has seven laboratories, each of which is comparable in its research capabilities to a large institute. The staff numbers about 5000 people, with more than 1200 scientists and about 2000 engineers and technicians.

JINR accounts for more than 40 discoveries in the field of nuclear physics. The super-heavy element research program deserves special mention in the light of the Institute's recent achievements.

The outstanding contribution of scientists of the Institute to modern physics and chemistry was recognized by the decision of the International Union of Pure and Applied Chemistry to assign the name dubnium to the 105th element of the periodic table and name the 114th element flerovium, in honor of the Laboratory of Nuclear Reactions of the JINR and its founder, academician Georgy Flyorov. For the first time in the world, Dubna scientists synthesized new, long-lived super-heavy elements with proton numbers 113, 114, 115, 116, 117 and 118. These important discoveries have been the culmination of a multi-year effort by scientists from different countries to locate an “island of stability” among super-heavy nuclei.

The strategy for the development of the JINR for the following years is focused on basic research in the field of nuclear physics and related fields of science and technology through the improvement of its own research infrastructure and participation in international cooperation; methodological and applied research in the field of high technologies and their application in industrial, medical and other engineering designs; active education and social infrastructure development.

The Joint Institute of Nuclear Research is headed by the Director, Victor Anatolyevich Matveyev.

Doctor of Physics and Mathematics, Professor, Academician of the Russian Academy of Sciences. Recalling the achievements of an outstanding scientist 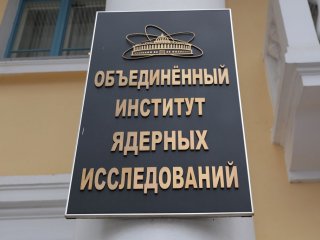 Around 60% of the staff of the Joint Institute for Nuclear Research in Dubna have been vaccinated against COVID-19. Grigory Trubnikov, the Director of the Institute, spoke of how they managed to do that 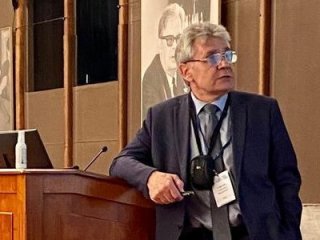 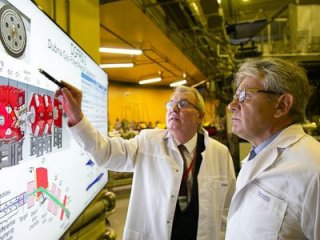 Research into unknown regions of the periodic table promises the creation of new materials that can include superheavy elements. This was discussed from June 30th to July 2nd in JINR in Dubna 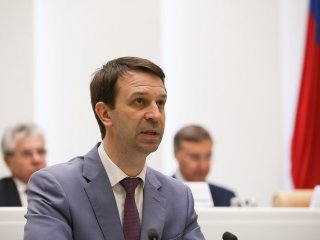 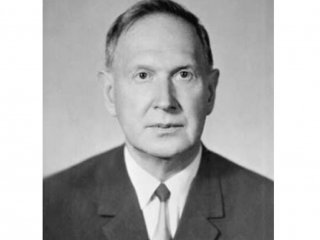 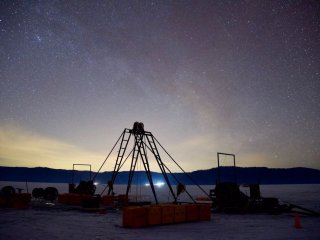 The employees of Dzhelepov nuclear problems laboratory at the Joint Institute for Nuclear Research produced a popular-science film about Baikal neutrino telescope. 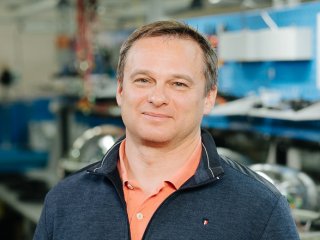 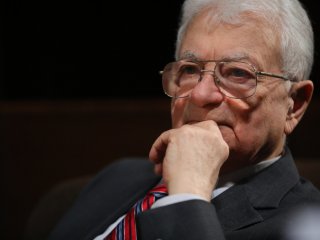 Chemist Sherry J. Yennello called Yuri Oganessian “the grandfather of superheavy elements.” The last known elements of the periodic table were discovered with involvement of the Russian physicist. He is celebrating his birthday on April 14.