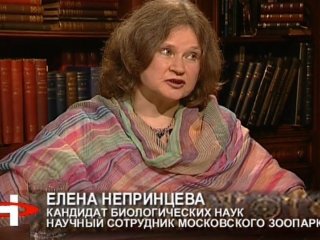 What it feels like being an animal in a city? How do they adapt to our man-made world? Do we understand each other? What would animals tell us if they could speak? 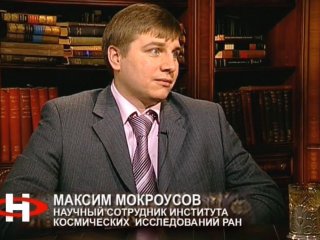 What did the Moon explorers expect to find there and what real findings and information did they obtain? The guest of the show is the winner of the President of the Russian Federation Award, 2010, for developing the unique Lunar Exploration Neutron Detector (LEND) and obtaining the new lunar exploration results with it. 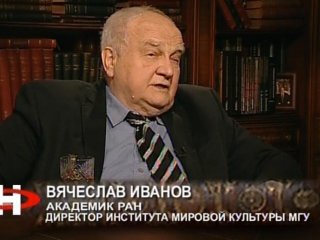 The cultural heritage of the Russian diaspora is a phenomenon demanding serious thought. How did writers, scientists, people of art who fled Russia contribute to the world culture? Are those who argue that there are two Russian cultures have a point there? What makes the emigrant culture so special? 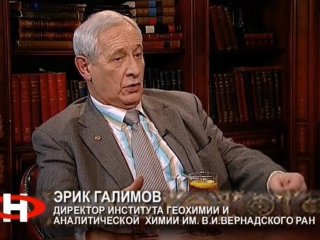 V.I. Vernadsky was one of the great scientists whose ideas appear to be relevant as the years go by. His research interests were outstandingly broad ranging from biology and geology to radioactivity problems. Does his scientific heritage influence today’s science? Is it popular? Do scientific programs and studies advance it? Why have many of Vernadsky’s ideas remained a theory? 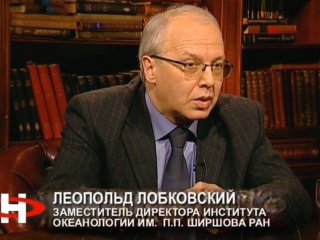 What do geophysicists think about predictions of an approaching global catastrophe? Why did the strongest earthquake occur in Japan? Why was it a surprise for scientists? When will the scientific earthquake prediction become possible? 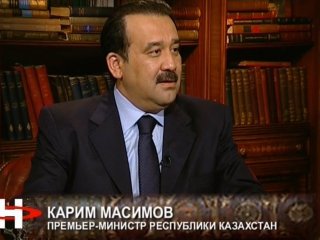 The historical time is being compressed rapidly as every new period is almost three times shorter than the previous one. What makes the time go faster? Is it a uniform change spanning all the regions of the world? How do these processes affect the state of mind and the fate of mankind in general? 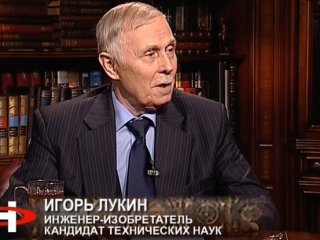 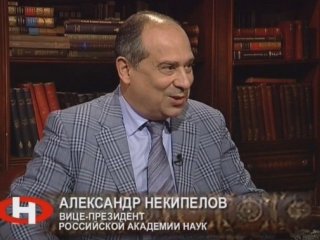 What fundamental science does the modern Russia need? Can there be a meaningful dialog between scientists, government and business? Should we “bring back” immigrant scientists? How can we bring young blood into science? This is what our conversation with Vice President of the Russian Academy of Sciences Aleksandr Nekipelov is about. 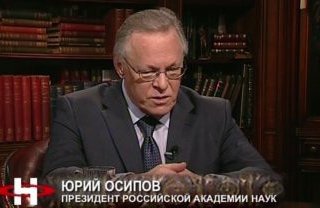 Can you manage your stress? Is stress good or bad? Do ordinary people and scientists have the same meaning? Have humans always experienced stress or is it something that the civilization brought us? Can you learn to manage your stress?

Anna Borisovna Leonova, Dr. Sc. in Psychology, Professor of the Faculty of Psychology of the Lomonosov Moscow State University.

Chemistry: science for humans. Today, breakthroughs in science tend to occur at the intersection of different disciplines. Chemists, physicists, and biologists have come a long way in polymer research. What works are carried out at the laboratories and how are the results of such works used in real life?

Evolution of the Russian Science. Does the current organizational structure of the Russian science meet the challenges of our time? What makes it different from the organizational system of science in place in the countries considered to be scientifically leading? What sets it back and what works effectively?

How to Make Science Interesting for People. What is the place of science in the modern world and culture? How does it advance and meet challenges of the 21st century? How do the scientists and the society carry on a dialog with each other? How can mass media make science interesting and appealing for the general public?

Can history be objective? The year 2012 has been announced the Year of the Russian History. What does it mean and what impact will it have on development of historical studies? What is truth in history? What are the objectivity criteria? How can we avoid a rethink of our past to accommodate certain sentiments?

Secrets of salt lakes. It is a known fact that half of all lakes on Earth are salt lakes. What do we know about salt lakes? Who lives in them and how? What else is there in their waters other than salt? Why do scientists believe them to be natural evolutionary laboratories? How are they good for humans and what dangers do they hide?

Yegor Sergeyevich Zadereyev, Academic Secretary of the Institute of Biophysics of the Siberian Branch of the Russian Academy of Sciences, Cand. Sc. in Biology, Member of the Coordinating Council for Youth Affairs in Science and Education under the Russian Presidential Council on Science, Technology and Education

What we know about the brain? The brain activity is deciphered on the cellular and molecular level thanks to modern scientific advances. Will that knowledge allow us to understand what thinking is? Will we learn how to treat brain disorders in the 21st century? What are the challenges the disciplines that study these problems face and what discoveries await us?

Mikhail Veniaminovich Ugryumov, Member of the Russian Academy of Sciences, Head of the Neurohistology Laboratory of the P.K. Anokhin Hominal Physiology Research Institute

Medicine: Science and Practice. A conversation with Yevgeny Yevgenievich Achkasov, a surgeon and a scientist, a winner of the President of the Russian Federation Award in Science and Innovations for Young Researchers obtained “for development of innovative pancreatic disease diagnosis and treatment methods.” How can we reform the present-day medicine? What should a doctor of the 21st century be like?

Fundamental Science and Innovative Education. More than 30 years ago, the Institute of Applied Physics of the Russian Academy of Sciences laid the foundation of the Nizhny Novgorod academic science. Today, it is one of the leaders in the RAS system. How can we, with truly frontier science, build a system that can foster innovation in present-day conditions?

How Nanotechnologies Taking on Challenges of Time. Today, many believe that nanotechnologies are as much a scientific and technological breakthrough as the atom splitting. Is it so? What makes them a breakthrough? What challenges of time do they take on? Does the microcosm research help develop any areas of macrocosm knowledge?

“Scientific Megaprojects and Future of Russia.” Today, there is a lot of talk about scientific megaprojects – very large investment projects. What are they needed for? Is it any use talking about large-scale projects when science funding is in question? 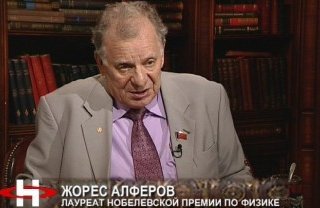 Peter I once pitched an idea of the “threefold composition” – the Academy of Sciences, University, and Gymnasium. The Nobel prize winner Zhores Ivanovich Alferov made this idea come true by having opened the Academic University which combines research laboratories, university departments and a lyceum, the Physical-Technical High School. 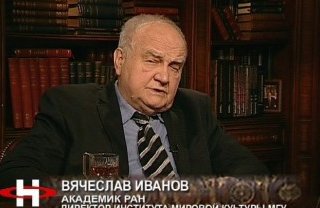 The cultural heritage of the Russian diaspora is a phenomenon demanding serious thought. How did writers, scientists, people of art who fled Russia contribute to the world culture? Are those who argue that there are two Russian cultures have a point there? What makes the emigrant culture so special?

Vyacheslav Vsevolodovich Ivanov, Member of the Russian Academy of Sciences, Dr. Sc. in Philology, Director of the Institute of World Culture of the Moscow State University. 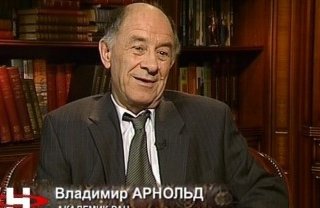 Does mathematics develop on its own or does it live off ideas coming from physics? What is more important – solve a problem or set one? Who should find a problem – the teacher or the student? These are the questions the most famous contemporary mathematician Vladimir Arnold will answer.

FEFU social scientists speak on the problem of migration of the Far East residents to the West and South of Russia
13:00 / Science & Society,
Finding Oil Deposits by Learning the Nature of the Formation – Such is the Goal of Scientists at Tyumen Industrial University
13:00 / Earth Science,
December 1 – World AIDS Day
10:00 / Science & Society,
I Recognize You... Modern Biometric Technology
13:00 / Informational Technology, Science & Society,
Signs on Stones. Why Karelian Petroglyphs Have No Analogs in the World
10:30 / Archaeology, History,
Disaster Medicine: A.S. Samoylov, Director of the FMBC, Corresponding Member of the Russian Academy of Sciences – About the Work of the Burnasyan Center
10:30 / Biology, Healthcare, Medicine,
In Search of Effective Tools for Developing Small Cities in Russian North – from Scientists of Vologda Research Center
16:00 / Earth Science,
Identifying the Foci of Desertification: a Study by Scientists of the Federal Research Center for Agroecology of the Russian Academy of Sciences, Volgograd
16:00 / Earth Science,
Nearest Neighbor: A History of Venusian Exploration
13:00 / Astronomy, Astronautics, Science & Society,
November 26 is World Information Day
10:00 / Informational Technology, Science & Society,

12.08.2021 10:00
741
Hot Climate Will Become the Norm. V. A. Semyonov, Correspondent Member of the Russian Academy of Sciences, on the climate paradigm change