Prokaryotes: At the Foot of the Pyramid of Life. Interview with Corresponding Member of the Russian Academy of Sciences Ye. A. Bonch-Osmolovskaya

Bacteria and archaea were the first living organisms to appear on our planet. It has been over 2 billion years since then but these invisible creatures still perform irreplaceable functions in the circle of life on Earth. Microbiologist Yelizaveta Aleksandrovna Bonch-Osmolovskaya speaking about microbes and their role in the biosphere development.

For reference. Yelizaveta Aleksandrovna Bonch-Osmolovskaya is a Corresponding Member of the Russian Academy of Sciences, Dr. Sc. in Biology, Head of the Microbiology Chair, Department of Biology, M. V. Lomonosov MSU, Head of the Department of Biology of Extremophilic Microorganisms, S. N. Vinogradsky Institute of Microbiology of the Russian Academy of Sciences, President of the Interregional (Russian) Society of Microbiology.

― Are bacteria the oldest organisms on our planet?

― Bacteria and archaea are prokaryotes, that is, unicellular organisms that do not have a cell nucleus and other intracellular organelles. They are truly the oldest organisms on Earth. Unlike viruses, bacteria and archaea are capable of independent existence in the natural environment. The cells of both are extremely small and very similar but these two groups of prokaryotes have huge differences in basic vital mechanisms and are, therefore, classified under different domains: Archaea and Bacteria. The third domain is Eukarya: organisms having a nucleus in their cells. These include you and me.

Bacteria and archaea were the first living organisms to appear on Earth and remained its rightful owners for over 2 billion years.

― They are still the most numerous living organisms on the planet, aren’t they?

― It is quite difficult to calculate the exact biomass of prokaryotic communities. The biomass of bacteria and archaea on Earth is believed to be comparable to the biomass of all other living creatures – they are certainly not exceeded in abundance by other organisms and most likely beat them. Bacteria and archaea are practically everywhere – in water, soil, water body sediments, deep underground, under the ocean floor, in hot springs and permafrost.

― Bacteria created the primitive atmosphere of Earth and were the first to acquire oxygen breath. How did it happen?

― Yes, one might as well say that cyanobacteria “exhaled” our atmosphere. They have long been called blue-green algae because they look like unicellular algae but these are prokaryotes as a matter of fact since they don’t have a nucleus. Cyanobacteria can carry out such a complex process as oxygen photosynthesis – creating a new organic matter from CO₂ by means of the solar energy with water acting as a donor of electrons. As a result of such process, we are getting free oxygen and, consequently, oxygen atmosphere.

Energy is accumulated during breathing when electrons are transferred along the chain of carrier proteins. Oxygen and other oxidizers can be electron acceptors during breathing of prokaryotes. But the biggest amount of energy is released if oxygen is the oxidizer. And this is why the oxygen breath has become the key energy process, thanks to which more and more complex living systems appeared as a result of evolution.

― And still there are anaerobic microorganisms that need no oxygen. Why didn’t they ever learn how to breathe like the rest? Wasn’t there enough oxygen for everyone?

― Don’t forget that all life on Earth had been anaerobic before free oxygen became available in sufficient quantity 2.5 billion years ago. After Earth acquired its own oxygen atmosphere, there were still many habitats on the planet devoid of oxygen where anaerobic microorganisms continued to live. Having secured their ecological niche, they did not need to evolve further, while anaerobic processes did not provide enough energy for the life forms to become more complex. Nonetheless, they have survived just fine until now and, like anaerobic habitats, are still found in abundance on the planet.

― Bacteria were discovered by Antonie van Leeuwenhoek back in the 17th century, although microbiology was in oblivion until the 19th-20th centuries. Did such a gap in knowledge have any effect on Darwin’s theory of evolution? Was the role of microorganisms somehow taken into account when this theory was developed?

― Microorganisms stand apart and have very little impact on the essence of the theory of evolution, I would say. I think that there is no conflict here. In the second half of the 19th century, when this theory was developed, very little was known about the evolution of microorganisms. Only in the late 20th century, scientists first built a hierarchical system of prokaryotes reflecting the history of their origin. By the way, it has now been experimentally proven that eukaryotes, including you and me, descended from the merger of the archaeon cell with the bacterium cell.

― One cell ate the other?

― Not really ate it but rather joined with it. According to the theory of symbiogenesis, by merging with archaea cells, bacteria cells transformed into mitochondria, that is, intracellular organelles supplying the archaeon cell with energy. The archaeon cell, which had absorbed the bacterium and become the eukaryote cell, gained many advantages in terms of metabolic efficiency, resistance, and survival. This served as a powerful trigger for the evolution that followed.

― So, it was symbiosis, right?

― Yes. In 2019, Japanese researcher Ken Takai and his colleagues experimentally verified the discovery made earlier by molecular genetic methods – the real existence of present-day archaea, ancestors of eukaryotes. They grew a laboratory culture of this archaeon, which can only grow together with the bacterium. Their metabolism is closely connected. The bacterium absorbs metabolic by-products of the archaeon thus facilitating its growth, and at the same time feeding off of it. It is one or maybe two steps apart from eukaryotes.

― What about competition and its role in evolution? In this example we see only cooperation.

― In my opinion, conclusions so made fit into the theory of evolution perfectly. Originally, there was probably some competition between these cells in nature but we just can’t see its traces. We don’t have any fossilized evidence of these early stages of evolution. There is virtually nothing left of the ancient prokaryotic world and we don’t know exactly what happened there. In recent years, however, researchers have gained a lot of new information thanks to molecular and biological and bioinformatic methods used to analyze natural ecosystems – they discovered a gazillion of microbes unknown in laboratory cultures. Biologists assembled their complete genomes and examined their inherent properties, having added substantially to our knowledge of the metabolic diversity of prokaryotes. However, we can describe genomes and predict properties of microbes solely on the basis of what we already know from working with laboratory cultures. For example, almost half of all the genes in the archaea are genes encoding proteins with unknown functions.

Thus, many properties of microorganisms (both cultured and nonculturable) are still hidden from us.

― Do bacteria still play an important role in our biosphere?

― This hasn’t changed, of course. Bacteria and archaea produce lots and lots of biological reactions on our planet. For example, nitrogen on Earth is mostly present in a free form in the atmosphere and it is very difficult to mobilize, although it is necessary for building proteins and amino acids.

And it is prokaryotes that make it available to all living creatures. I think that their role in nitrogenous nutrition of animals and plants is still underestimated.

― Let’s not forget about waste biodegradation.

― Biodegradation of not only human waste but also of the vast amount of plant and animal biomass that dies off each year – it is degraded by microorganisms, including microfungi. In the absence of oxygen, not only bacteria and archaea can degrade complex polymer substrates produced by plants and animals to the simplest molecules that will be reintroduced into the so-called biogeochemical cycles. Invisible microbes get all cycles of elements on Earth running and their role for our biosphere is invaluable.

― Microbiologists, including microbiologists at MSU, research bacteria for their ability to decompose plastic. Can bacteria eat plastic anywhere else other than the laboratory under the supervision of scientists?

― In order to decompose plastic, bacteria appear to use not new, acquired enzymes, but the ones that have been available to them for a long time, for example, the enzymes that decompose plant biopolymers. Of course, bacteria can also decompose plastic in the wild but these processes, unfortunately, are very slow. In laboratories, things are not much better and the plastic loss caused by microbes is currently a few percent of the total mass of plastic, which is very little. In the meantime, plastic is accumulated on the planet in gigantic quantities and the search for microorganisms capable of recycling plastic is an important scientific mission. In partnership with our colleagues from S. N. Vinogradsky Institute of Microbiology of the Russian Academy of Sciences, we are trying to find thermophilic microorganisms capable of decomposing different types of plastic, polyethylene and polyethylene terephthalate in the first place. High temperature makes them more easily accessible for decomposition as it changes the polymer structure so that plastic becomes crumblier. For our experiments, we use microbes growing at upwards of 80°C. Thus, the plastic structure is simultaneously affected both by temperature and enzymes released by microbes. We have results but I cannot say that they are stable as we don’t know the reason for such selective plastic destruction. But our research continues.

― Hopefully, answers will be found. Thank you for an interesting conversation! 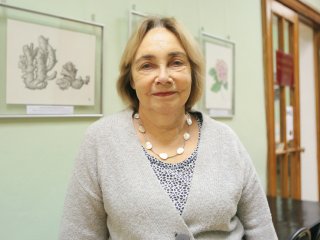 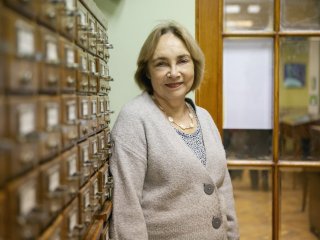 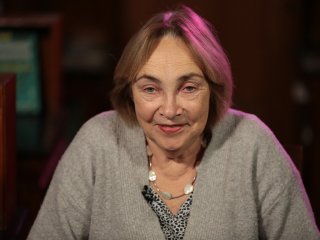 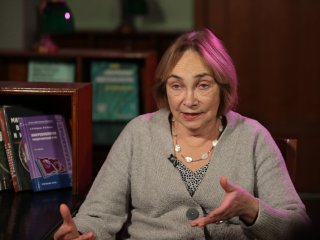 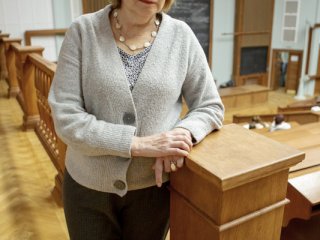 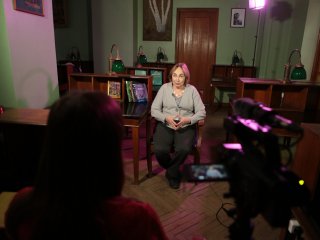 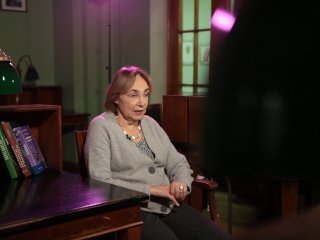 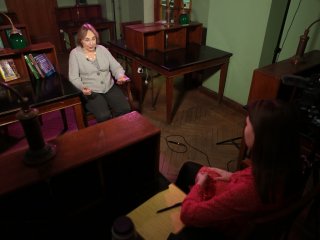 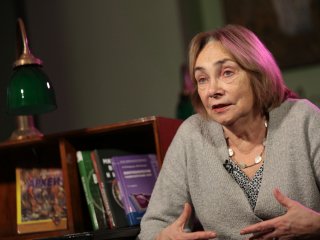 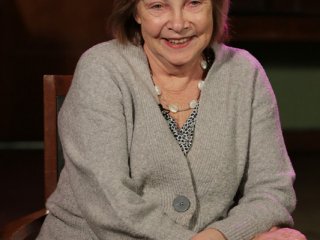 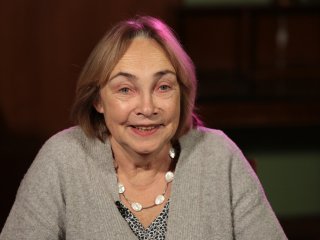 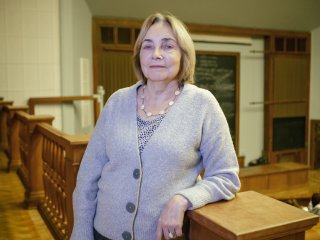 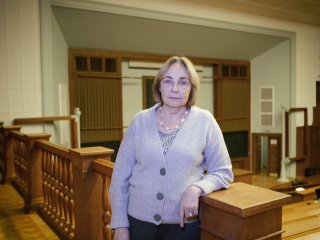 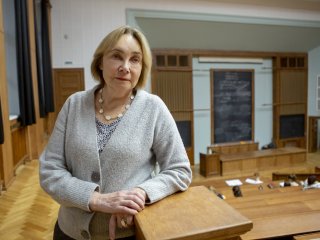 28.07.2022 10:30
659
Extraterrestrial Oceans: from Venus to Saturn. Interview with Junior Researcher of the Astro Space Center of LPI RAS Vyacheslav Avdeev