U-70 in Detail. The Way the Biggest Accelerator in Russia Works

In 1967, the Institute of High Energy Physics (IHEP) commissioned in the town of Protvino legendary proton accelerator U-70, the world’s largest one at that time.

The U-70 accelerator was designed, built and put into operation based on exclusively the achievements of domestic science and industry. The synchrotron energy amounted to 70 GeV (1 GeV = 109 electronvolt). It means that the proton would cover the equivalent accelerating gap with the voltage of 70 billion volts. For the first time in global practice, the scientists using proton accelerator obtained intensive streams of electrons, photons and positrons with energy exceeding the one of existing electron accelerators.

The U-70 synchrotron is still operational being the most high-energy one in Russia. Our team visited the legendary research facility with a tour.

A bit of history

The quark model was suggested by physicists Murray Gell-Mann and George Zweig in 1964. Over several subsequent years, the scientists wondered what kind of particles these ones were and how they could be discovered. One of the first experiments using the U-70 accelerator lay in looking for particles with fractional electric charge, i.e., quarks having electric charge equal to 1/3 of that of the electron. The research result was negative: the scientists failed to see quarks even using the high energies accessible at that time. It became the first step to understanding such a phenomenon as quark confinement.

The experiment made using the Serpukhov accelerator have shown that it is impossible to see quarks using the particle energies accessible globally, so the scientists can judge about their existence only by indirect indicators. By today, nobody has ever seen quarks in free state.

The access to a new field of accelerated particles energy allows for studying physical phenomena that take place at distances of up to 2×10–15 cm, the scientists of Kurchatov Institute – IHEP say. These distances are dozens of times less than the size of nucleon (general name for protons and neutrons that the atom nucleus costs of) and correspond to the quark level of hadrons (strongly interacting particles) structure. The research in the new field of energies has turned out fruitful enough. As early as during the very first experiments, the scholars obtained new fundamental results (full cross-sections growth, scale invariance, discovery of helium and tritium anti-nuclei, etc.) and made several scientific discoveries. Some of the papers were awarded with state prizes.

“U-70 remained the leading accelerator in terms of energy in the world for five years from the date of its creation. Over that time, we had managed to make several interesting discoveries, like increase in full cross-sections and radius of strong interaction with growth in collision energy, or the effect of scale invariance in the processes of multiple products of hadrons. I think that U-70 has played a very important role and made a substantial contribution in the world physics of particles,” head of Theoretical Physics Department at the Kurchatov Institute – IHEP Vladimir Petrov told Scientific Russia in an interview.

There have been no accelerators in the world comparable with U-70 in terms of size and energy.

Inside the accelerator facility

we were met by RAS academician, director of the Kurchatov Institute Research Center – IHEP Sergey Ivanov. Having passed several corridors, we found ourselves inside the U-70 accelerator complex. The scientists wear protective garments, Take care! Radioactivity! signs are everywhere, the noise of operational instruments is heard – the work is going on in the building even when the accelerator is switched off.

“When the accelerator is working, the entrance to nuclear-hazardous engineering rooms is forbidden and closed for the personnel. The radiological environment in the hall is monitored by the automatic radiation control system including, inter alia, the sensors of neutron radiation. “This system prevents the facilities from being switched on when the radiation standard is exceeded,” Sergey Ivanov explains. “There are no people here when the accelerator is in operation. However, the ionizing radiation is dangerous for equipment as well: it is excessively irradiated, and the electronic devices go faulty. That is why we have to monitor the radiation level thoroughly.”

The personnel of the Kurchatov Institute – IHEP includes 1,400 people. The complex occupies several buildings. The orbital length of accelerator amounts to about 1.5 km. At the beam orbit and near it, the facility key technological systems are located: magneto-optical, vacuum, and high-frequency accelerating ones, as well as the system of beam input-output, etc. 120 electromagnets with total weight of over 20,000 tons are used for retaining the protons on the circular orbit of accelerator.

The particles are accelerated with the periodicity of once in 10 seconds. The beam’s orbital period is equal to 5 microseconds. Along with protons, the facility accelerates light ions – the nuclei of deuterium and carbon. Unlike their behavior in collider, the beams do not come into collision while moving along opposite trajectories with each other in accelerator, but hit the stationery target of experimental facility. The beam of accelerated particles is so hard that a magnet weighing 200 tons can turn it only by three degrees! Each magnet stands on a special platform with a separate cable compartment underneath. The interdependent accuracy of the facility amounts to thousands of micrometers.

The proton synchrotron U-70 that has given the name to the whole accelerator complex is the last link in the chain, the final cascade of acceleration. The complex also includes small 100-meter synchrotron U-1.5, two linear accelerators, a network of channels for transporting and forming withdrawn beams and experimental physical facilities on these channels.

The complex operation is supported by composite engineering infrastructure systems of general and special purpose. The group of key supporting system includes an automation one as well.

“Our automation system works with a beam of charged particles that are moving at light speed. It has an intricate structure, as we have to create automatic correction force capable of catching up with the beam of charged particles. That is why our beam diagnostics is prankish, fast and analog as a rule. However, digital equipment has been launched recently. It can boast of operational speed comparable to the demands that the accelerators make,” Sergey Ivanov says.

The scientists plan to create an ion-beam therapy center in one of the accelerator facility halls. The oncological patients will be treated by the beams of accelerated ions with the use of U-70 accelerator complex elements and existing infrastructure objects. This area of work has been being developed for some time already at the Kurchatov Institute – IHEP. The efficiency of proton and ion therapy for oncological diseases has been proved many times by both domestic and foreign researchers. The specialists of the institute are sure that U-70 can offer the optimal parameters of accelerated carbon ions for both fundamental research and ion-beam therapy.

Thanks to the U-70 accelerator, the scientists have discovered a number of new physical phenomena typical of microworld. One of them is the so-called Serpukhov Effect described by a group of specialists working at IHEP under the guidance of academician Yuri Prokoshkin (scientific discovery Regularity in Energy Dependence of Full Cross-Sections (Serpukhov Effect). No.137 of May 24, 1971). The experiment showed that the particles are capable of slipping through each other, i.e., no complete mutual absorption suggested by earlier scholar papers takes place. This new knowledge has substantially changed our idea of elementary particles.

The research using the accelerator facility is going on. The physicists are looking for particles interwoven out of indivisible quarks, rare disintegration of K-mesons, as well as studying the elastic scattering of protons, polarization effect, etc.

“The accelerator is a sophisticated and multifaceted system comprising many areas of modern science and technology engineering. We have specialists dealing with vacuum equipment, i.e., those who work with high-frequency machinery, high-frequency accelerating systems. Some of our scientists deal with the optics of charged particle beams: they close the orbit, correct it and correct magneto-optical resonances. We also have specialists dealing with beam diagnostic systems, control over the beam’ quality, etc. It will take a long time to quote all areas of research. The fact is that contribution of different specialists is required for performing the work of high quality,” Sergey Ivanov says.

“In general, the operational accelerator is the evidence of high scientific and technological level that our country can boast of, the ability of integrating a great number of sophisticated technologies,” the scientist sums up. 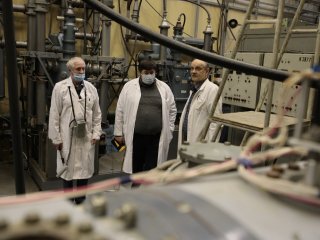 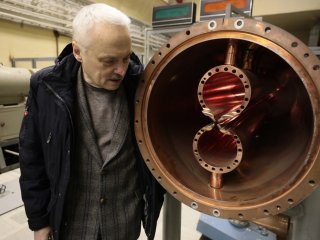 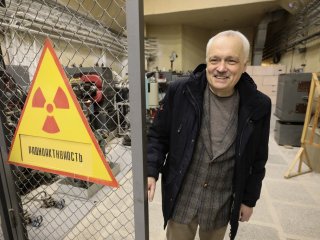 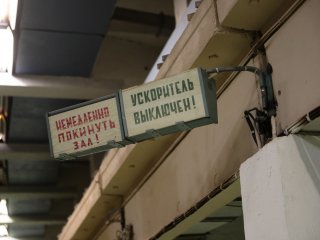 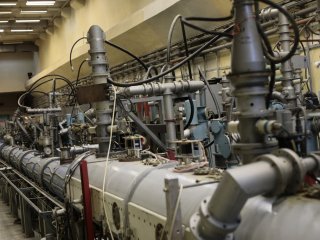 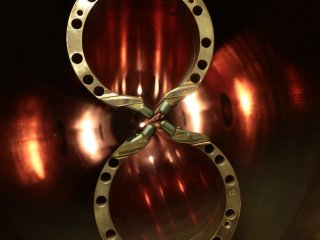 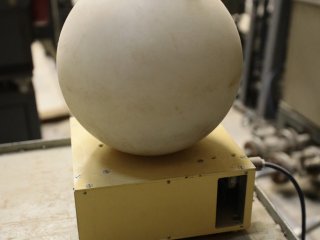 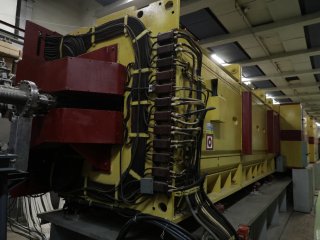 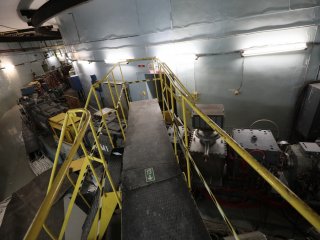 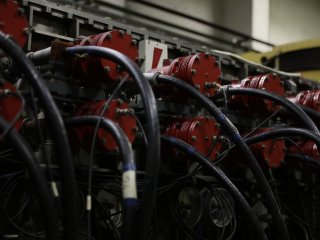 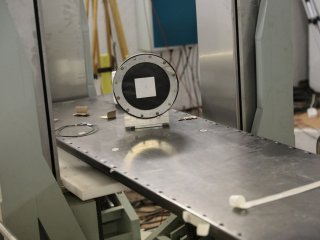 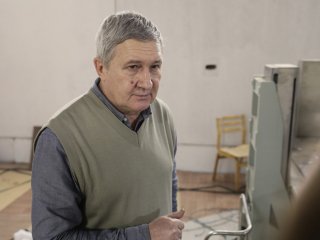 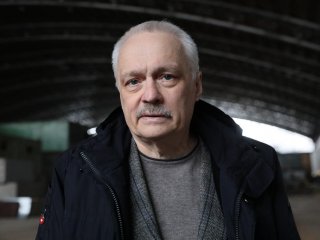 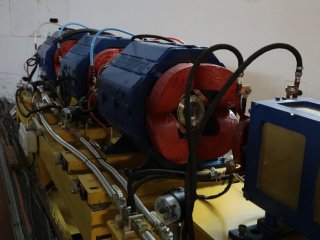 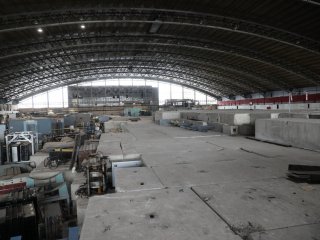 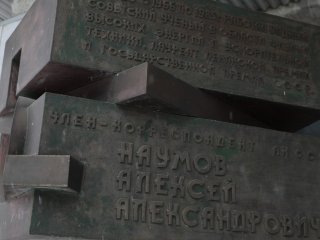 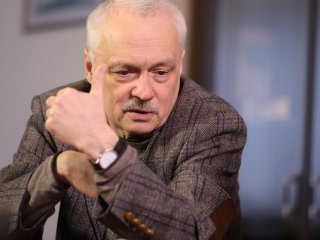 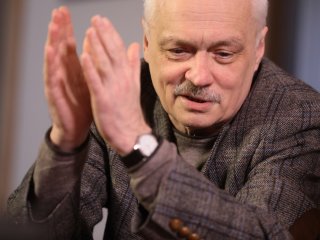 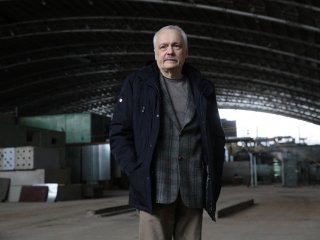 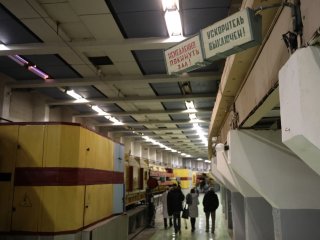 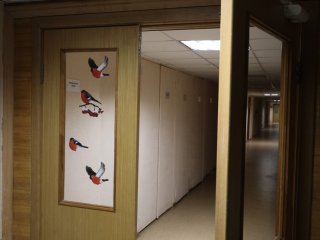 28.05.2022 10:30
556
Cutting to the Heart. Academician Evgeny Shlyakhto on the connection between coronavirus infection and cardiovascular diseases

11.07.2022 16:00
440
Precision Farming: How Information Technology Is Changing Agriculture Landscape. Interview with a Corresponding Member of the Russian Academy of Sciences Vyacheslav Yakushev