“We Are on the Verge of Great Developments...” Press Conference with V. Sadovnichy

On April 8, Rossiya Segodnya International Information Agency hosted an online press conference with Academician Viktor Sadovnichy, Rector of the Moscow State University named after M.V. Lomonosov, President of the Russian Union of Rectors. The keynote of the press conference was university’s priorities in space exploration. Viktor Sadovnichy also spoke about the upcoming enrollment campaign for matriculants.

“We are on the verge of great developments as we head into the celebration of an outstanding achievement, the 60th anniversary of Yuri Gagarin’s spaceflight, in a few days. This year has been declared the Year of Science and Technology by the President of Russia. We are especially proud to have this announcement delivered at the Meeting of the Board of Trustees of the Moscow State University,” said Viktor Sadovnichy.

On April 12th, the day of the first manned spaceflight, the Moscow State University will hold a large forum featuring a lecture by Viktor Sadovnichy on the efforts put into advancing the exploration of the outer space, greetings from cosmonauts, and welcome words from Elena Yuryevna Gagarina, the first cosmonaut’s elder daughter, a graduate of the Moscow State University. The broadcast will be available to viewers nationwide.

“Speaking about space, I would like to talk about science, because events such as space exploration and manned spaceflight are backed by the effort of thousands of scientists and experts.” According to Viktor Sadovnichy, 7 schools of science and education have been established at MSU to pursue completely new directions. In his speech, Viktor Sadovnichy spoke briefly about every one of these schools and MSc programs that will be available to students starting September 1 2021. These schools already employ thousands of scientists, half of whom are young researchers.

“This is how the Moscow University is responding to the challenge: we are switching to an interdisciplinary form of education and scientific studies, and we are reinforcing this approach, for a single school can integrate 15 diverse faculties as long as they are united by the common environment of the school,” said Viktor Sadovnichy.

As he dwelled upon the School of Photon and Quantum Technologies and Digital Medicine, Viktor Sadovnichy explained: “Medicine is increasingly being considered together with physics, quantum subjects, photonics. Many diseases are treated specifically with the aid of physical methods, including medical radiation physics, biomedical photonics – just about everything that is used to treat previously incurable diseases. It is very important that this is an association of several faculties, including biologists, medical scientists, physicists and mathematicians. We were able to integrate the research direction and MSc studies programs alike.”

Viktor Sadovnichy also spoke about a newly-established branch of the Moscow State University in Sarov, where training will begin September 1st, 2021, in 5 MSc programs, as well as about the Vorobyovy Gory Valley of Science and Technology: “If we recall MIT and other American universities, they have so-called valleys or “garages” in their own parlance, where young scientists can come and do something. It is known that many of the greatest scientific discoveries that conquered the whole world were made in “garages.” Viktor Sadovnichy recalled a conversation with one of the creators of Apple Computer. Steve Wozniak then told Viktor Sadovnichy how he soldered together the world’s first personal computer, how the first batch of computers came into existence and how Apple became the largest corporation in the world. Such a valley will appear at the Moscow State University quite soon. The ground-breaking ceremony on January 26 was attended by Sergey Sobyanin, the Mayor of Moscow. “I hope that in two years we will all witness the opening of the valley at the Moscow University,” says Academician Sadovnichy.

On MSU’s Contribution to Space Exploration

“Moscow University has created an entire space flotilla of its name. Examples include powerful satellites, Tatyana 1, Tatyana 2, Yutsat, Lomonosov as well as many smaller satellites that we launch. This flotilla is an object of special pride for the Moscow University. All satellites have served well throughout their design lives in the orbit, and Lomonosov is still operating. It delivers a lot of information that students and scientists use and that, of course, is the success of Moscow University.”

In addition to all of the above, Viktor Sadovnichy drew the attention of the audience to a unique network of robot telescopes at the University, dubbed MASTER MSU. “There are telescopes in the right places all over the planet. MSU has the pushbutton. When we observe a phenomenon, we press the button and see this phenomenon not only in our territory, but also, say, over South America or Australia. That is, we can monitor events around our small planet, Earth. A system of this kind is unique and highly relevant, and it has contributed to numerous scientific discoveries.” 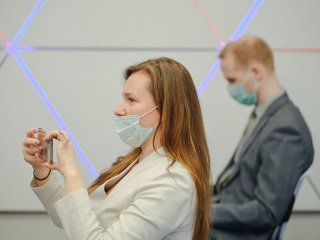 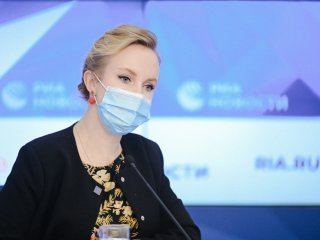 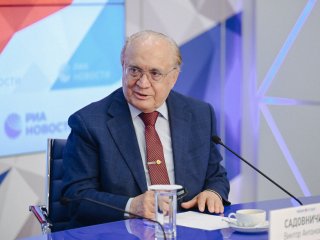 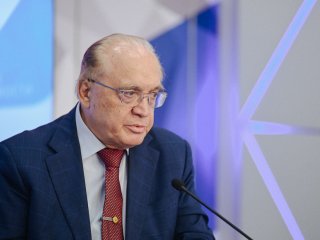 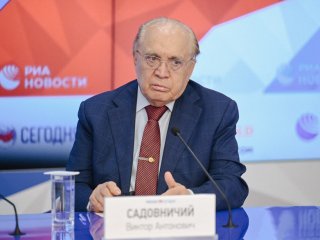 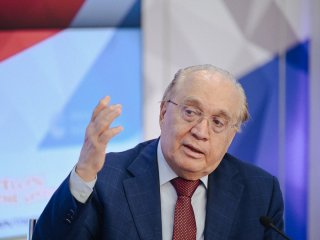 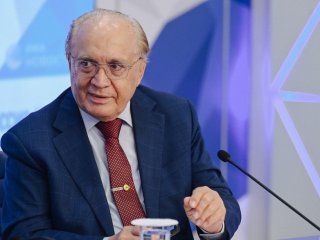 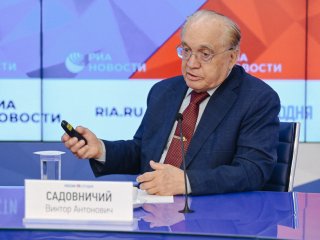 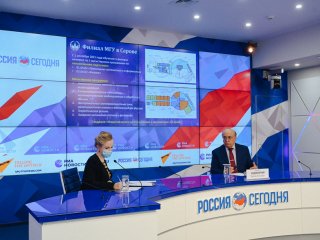 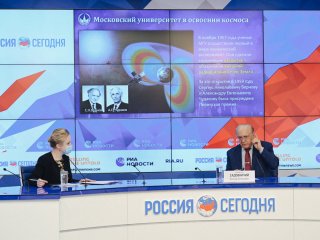