Big Science and Some Rachmaninov

Dr. Martin Sandhop (DESY accelerator center and CREMLINplus) told us about cooperation with Russian colleagues and shared his impressions from music by Rachmaninov and learning Russian.

– Martin, tell us something about your work. What do you do?

In addition, we maintain close relationships with other partners, including those from Russia. A good example of a close and strategic partnership is the Budker Institute (Budker Institute of Nuclear Physics of the Siberian Branch of the Russian Academy of Sciences (SB RAS), Novosibirsk – ed. note), with which we cooperate in accelerator physics and units, and in elementary particle physics. Actually, before the COVID-19 pandemic, we were planning visits of the Directorate and the leading scientists of DESY to Russian partner organizations, including the Budker Institute. But, of course, now we cannot travel internationally, so we are trying to hold these meetings in a digital format. This is part of my job, as well as management of CREMLINplus.

– How is it going with CREMLINplus? What opportunities does the program offer to its participants?

– CREMLINplus is an EU project involving a large community of 35 organizations from EU countries and Russia. Amongst other things, members of the community are working on five out of six Russian megascience projects. These are “heavy” projects (“work packages”), not just in terms of science, but resource-wise as well – each has an estimated budget of 2 to 4 million Euros for four years of implementation. A key advantage of our program is that we work on the projects together. All participants know each other and can share expertise and staff, and work with mentors.

The participants are offered a numerous opportunities, e.g. we have a special program on access to existing research infrastructure in Russia, not just to the megascience projects. The program will make it easier to access the infrastructure, including for EU scientists.

– Would you tell us some success stories related to the program?

– Among the success stories, I would mention the USSR (Ultimate Source Synchrotron Radiation) project of the National Research Center “Kurchatov Institute”. This is a project for a 6 GeV synchrotron radiation source.

We, the partners from the National Research Center “Kurchatov Institute”, ESRF accelerator center (France), the National Nuclear Physics Institute (Italy), the European X-Ray Free-Electron Laser facility (Xfel) and DESY, the particle physics research center (Germany), are making good progress in this project. For example, the partners for this Work Package have prepared the conceptual design for the main ring, and worked hard on the details of the storage ring. The result was a huge document of 70 pages. Moreover, the first year of the project also produced the conceptual design for one of the proposed beam channels, the scattering/diffraction channel.

–Thank you for this example! You are actually working for one of the world’s best accelerator centers. Tell us something about DESY. What is this center famous for?

– DESY is the largest accelerator center in Germany and a member of the Helmholtz Association of German Research Centers. It’s closely integrated into the global science landscape. DESY is a research center with interesting plants, such as PETRA III, one of the most brilliant storage-ring-​based X-ray radiation sources in the world. Over 3,000 users, including international ones, come to see our plants. Normally, users come in person but now, due to COVID-19, we are offering them a remote operation format, where researchers send us their samples and we analyze them. At the moment, we are preparing to upgrade PETRA III to PETRA IV project, which will become the ultimate 3D X-ray microscope.

– Would you tell us about these plans in more detail?

– PETRA IV is our arterial project. At the moment, we are working on the technical design, a 3-year project phase to be completed by 2022. After that, we hoping to move to the next phase – construction. At the same time, we are developing other areas as well. For instance, we are making preparations to create the Center for Molecular Water Science, CMWS. CMWS will become an association of international researchers from various branches of science, who, in cooperation, will study water at the molecular level in more detail, using scientific plants such as DESY, PETRA III, the free electron soft X-ray laser – FLASH, and European XFEL. These plants will be used, for instance, within CMWS, to study basic properties of water, water in geophysics, climatology and environment sciences, energy sector and technologies.

– The annual CREMLINplus meeting finished in late March. How did it go? Well?

– The short answer is yes. Those two days proved to be very productive. We switched to the remote format due to COVID-19. The original plan was to meet in Moscow. Then the pandemic struck, and it became clear that the COVID situation will not end soon, so we decided to hold this large-scale European-Russian meeting online. There were some 200 participants; organizing and taking part in such a large online event was an interesting experience. The meeting was a success thanks to a number of factors. Firstly, after a year of COVID, everyone was used to remote communication and knew how to use it effectively. Secondly, we seem to have chosen a good operation model. We do realize that it’s hard to be in a meeting all day long. Human brain needs a break after an hour or two of intense work. Therefore, we decided to start with a vigorous 2-hour session with presentations of work packages, followed by a 2-hour break for lunch, and coffee breaks. We also used interactive elements in the remaining part of the program. For example, we used special electronic tools that enabled bilateral communication – both between groups and one-on-one. This is most convenient as it imitates communication at offline face-to-face conferences.

– One of CREMLINplus projects is linked to the Super C-Tau Factory project. What do you think of it?

– Super C-Tau Factory is a promising project of the Budker Institute. The European-Russian cooperation around this project was also part of the previous CREMLIN program (2015-2018). After that, with recommendations on further development, it was successfully included in CREMLINplus. There has been good collaboration around Super C-Tau Factory, involving European partners. The partners are, first and foremost, CERN but also the University of Giessen (Germany), the Acceleration Laboratory of the National Center of Scientific Research (CNRS-LAL, France), and the National Nuclear Physics Institute (INFN, Italy). Super C-Tau Factory is an interesting project for the European and international particle physics communities, especially in what regards flavor physics. Knowledge in this area has expanded considerably thanks to the efforts of the Budker Institute and our cooperation under CREMLIN and CREMLINplus. Both these programs are helping this science branch to advance. I believe that Super C-Tau Factory is a most interesting project for a certain branch of physics, which has been acknowledged by the European and international communities.

– Martin, my next question is not going to be about physics. I hear you studied Russian. Is it true?

– Almost. I became acquainted with the Russian language as a student of the Ruprecht Karl University of Heidelberg (German: Ruprecht-Karls-Universität Heidelberg) in the 1980s and it charmed me. The Heidelberg University, where I studied, is well known in Germany and is the oldest university in the country. As you know, Germany was divided into West and East Germany at the time. Studying Russian language was mandatory in East Germany, while I lived in West Germany where it was something exotic. It was not part of my mandatory training courses, but I was curious and attended the Linguistic Laboratory of the university, where cassettes were available for self-study. I was interested in Slavic languages and literature in general and started with Russian. But my professors told me that for comprehensive understanding I had to start from the beginning: “Martin, first you should study Old Bulgarian, ancient Church Slavonic languages, rather than just the modern Russian.” And then, in 1990, we had our first language internship and I went to Leningrad for a month, to the famous Mining Institute (the Saint Petersburg Mining University – ed. note). I had been to Leningrad once before, as a tourist; staying in that city was most interesting.

– Have you been to Novosibirsk?

– I came back to Novosibirsk two years later, with a large delegation of science journalists. We visited the Budker Institute and other institutes of the Novosibirsk Academic Town (Akademgorodok). It was late May, with hot weather; we walked along the banks of the river Ob and liked the nature very much. In addition to the science-related agenda, we also had the chance to enjoy a remarkable musical concert with Rachmaninov’s music. I was much impressed! It was a unique experience. Now, when I have to deal with the Budker institute, I always remember that concert.

At DESY and within the CREMLINplus project, we are planning to visit our Russian partners of course, including the Budker Institute. We hope to do it as soon as the COVID pandemic is over.

Information. CREMLINplus (Connecting Russian and European Measures for Large-scale Research Infrastructures) is a European Union project, whose main goal is to develop scientific cooperation between the Russian Federation and the European Union (EU) regarding development and creation of major research infrastructure. www.cremlinplus.eu

The photos were provided by desy.de and the press service of the Institute of Nuclear Physics of the Siberian Branch of the Russian Academy of Sciences 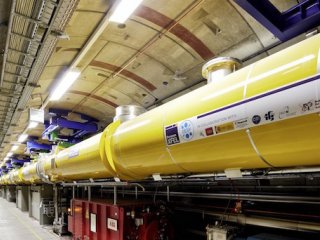 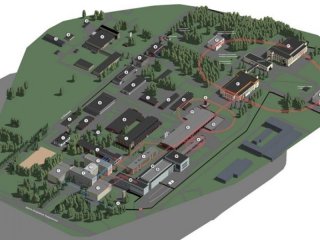 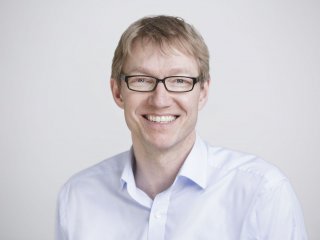 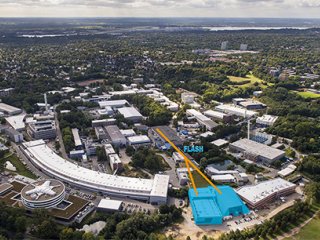 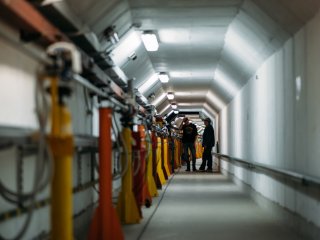 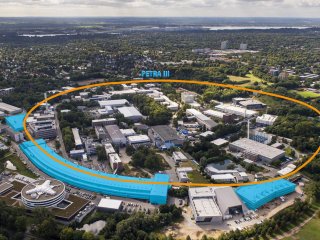 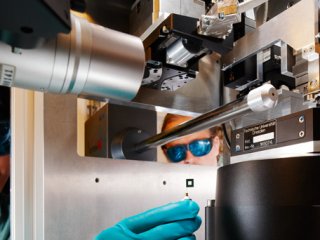