Volcanic Passions. Girvas – One of the Oldest Volcanoes

Scientific Russia continues the series of articles dedicated to the natural resources of Karelia and the development of science in the region. We have already talked about the work of the Karelian Research Centre of the Russian Academy of Sciences (KarRC RAS) and the calling cards of the region – Karelian birch, northern pearls, abnormal wood, and not only, as well as about the unique Kivach Nature Reserve. Today we will talk about another interesting object – the Girvas paleovolcano. This is one of the oldest paleovolcanic centers in the Republic of Karelia: about 2 billion years have passed since the last eruption.

The extinct volcano (or rather, paleovolcano) is located in the riverbed of the Suna River. It got its name from the nearby Suna waterfall bearing the same name – Girvas. The toponym is based on the Finnish and Karelian word hirvas – moose. According to a local legend, once a beautiful and noble moose, running away from hunters, turned into a rock, giving rise to one of the most beautiful waterfalls in Karelia. Today, arriving in Karelia, you can see a fascinating picture: a waterfall about 300 meters long rushes its cold waters over a fragment of an ancient volcano, over lava frozen 2 billion years ago! But you cannot always see the waterfall: only during high water, in April-May. The fact is that the water from the Suna River is diverted for the needs of the Suna hydroelectric power station, located next door in the village of Girvas, but in spring, when the volume of water is excessive, it flows directly through the paleovolcano, and then turns into a grand waterfall. During the rest of the year, the paleovolcano is available for visits.

What rocks can be found walking around the Girvas volcano? Lava breccias, eruptive vent breccias, lava flow tongues – pahoehoe, fine minerals: large black tourmaline crystals, green epidote, white quartz, and carbonate. And if you are not strong in geology, then do not worry, you can pick up any pebble at the place where lava once flowed and take it with you as a souvenir. Such a stone would also be valuable because you got it almost from the mouth of a once-raging volcano! Employees of the Karelian Research Centre of the Russian Academy of Sciences and of the Girvas geological park regularly conduct excursions around the paleovolcano and are always ready to talk about rocks and local highlights.

Near the Girvas volcano is located the eponymous Girvas village, with about one and a half thousand residents. The idea to improve the territory and create a geological park on the site of the paleovolcano belongs to a local resident Rosa Efimova. The Park, operating under the scientific and expert supervision of the KarRC RAS, attracts more and more tourists every year.

“From the real ancient stratovolcano today, only the marginal part of the volcanic cone remains, relatively speaking. Guests who have come to Girvas can observe several explosion tubes – magma supply channels, as well as a fragment of a once-hot thermal spring (all this can be touched with their hands) and lava flows – flow tongues with pahoehoe structures in Hawaiian terminology. In addition, in the right part of the volcanic structure, you can find black tourmaline crystals, although not jewelry, but nevertheless very beautiful,” said Sergey Svetov, director of the Institute of Geology of the KarRC RAS, in a conversation with Scientific Russia.

Some scenes from such masterpieces of Soviet cinema as the White Sun of the Desert (1970), The Dawns Here Are Quiet (1976), Trees Grow on the Stones Too (1985) and many other movies were shot on the territory of the Girvas volcano. It is not surprising, because the local landscapes are captivating with their harsh beauty and authenticity.

The geological events that unfolded in Karelia 2 billion years ago were truly global. Lava flows poured out over thousands of square kilometers; the entire territory of central Karelia was covered with a thick layer of plateau basalts.

“The volcanic apparatuses that existed at that time (we are engaged in their reconstruction at the Institute of Geology of the KarRC RAS) were quite voluminous. Presumably, the stratovolcanoes had a height of about 700 meters. They had very large crater zones, but all this, of course, is not preserved in full, because it was subject to significant erosion: tectonic, glacial, etc. Lava eruptions in that period, 2.1–1.97 billion years ago, were of catastrophic proportions, as evidenced by the powerful strata of pyroclastic rocks – bean and agglomerate tuffs. Of course, it was not Yellowstone, the volume of pyroclastic material during the eruption of which was more than 2,000 cubic kilometers, but very close. The volcanic explosivity indexes (VEI) of these Karelian volcanoes are 7, that is, in terms of the volume of erupted material (400–700 cubic kilometers) they significantly exceed the eruptions of Icelandic volcanoes, where the volume of pyroclastic rarely exceeds 10 cubic kilometers!”, – says Sergey Svetov.

Girvas volcano is included in the list of geological heritage sites of the Republic of Karelia and is considered the best-preserved Paleoproterozoic paleovolcano on the territory of Fennoscandia. Every year, geologists and scientists from Russia and abroad come to the village of Girvas, 100 km from Petrozavodsk, to study it. Along with Karelian birch, petroglyphs, and Kivach waterfall, Girvas geological park, and Girvas volcano are the calling card without which it is already hard to imagine Karelia.

To preserve and increase the natural resources of Karelia is the task that Karelian scientists face for the coming decades. In the following materials, we will talk about the unique Ruskeala mountain park and Karelian petroglyphs – UNESCO World Heritage Sites. Follow our news! 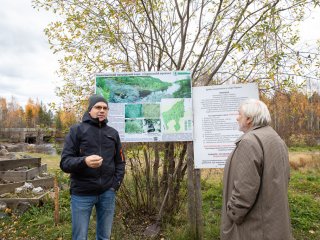 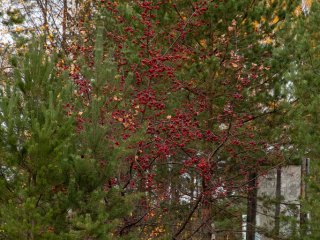 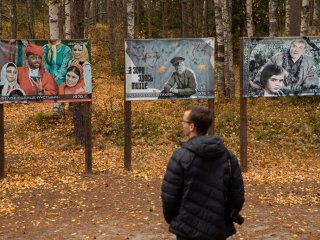 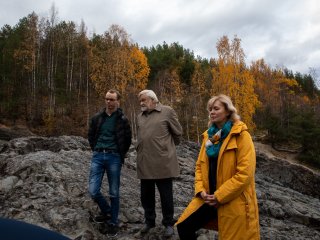 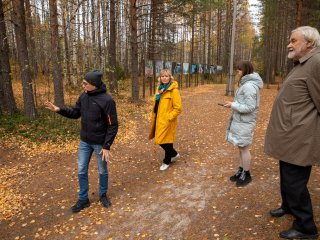 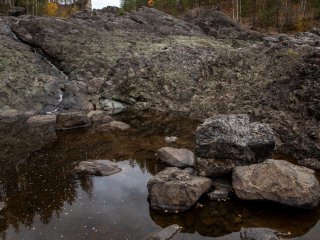 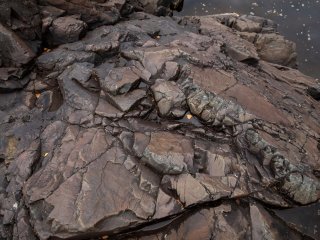 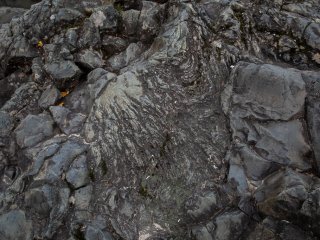 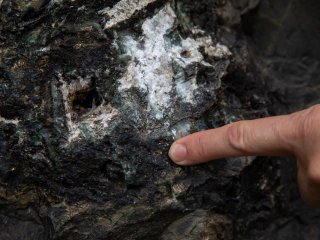 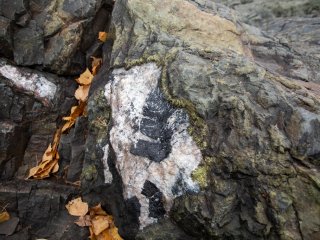 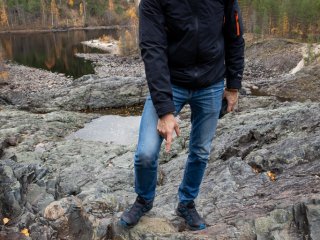 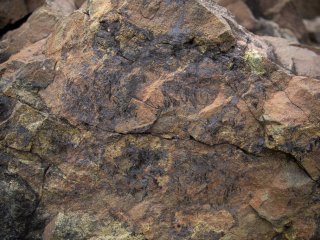 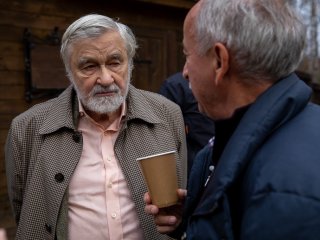 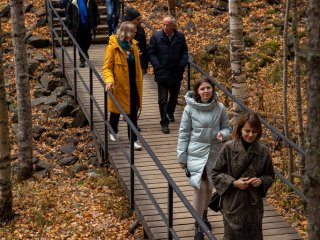 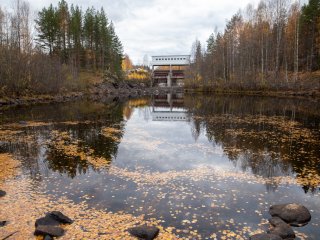 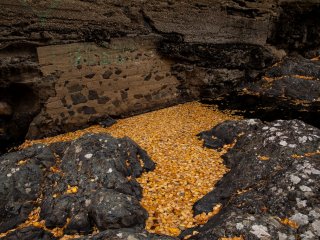 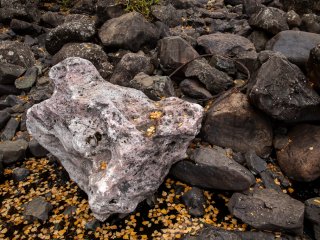 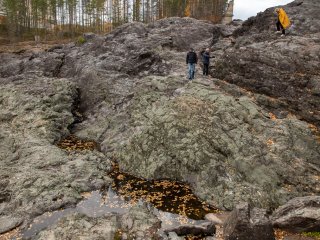 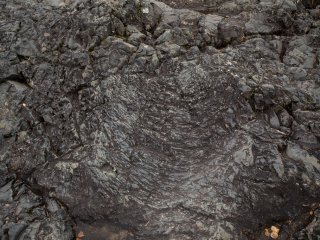 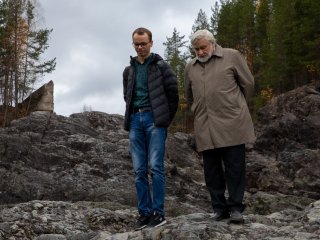 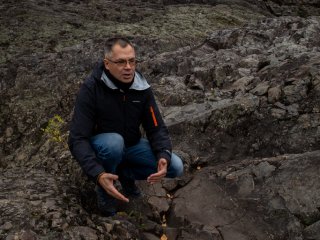 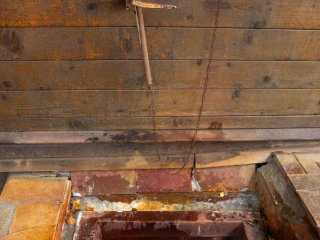