Academician Areg Totolyan: The Evolution of the Coronavirus Probably Won’t Stop at Omicron

Which immunity is most effective against coronavirus, what will happen after Omicron, and how to measure T-cell immunity with a skin test? Areg Artemovich Totolyan, Academician of the Russian Academy of Sciences, Director of the Saint Petersburg Pasteur Institute, answered these and other questions in an interview with Scientific Russia.

─ Please tell us about the skin test developed at your Institute. As far as I know, it can be used to measure the level of specific T-cell immunity to coronavirus infection, which today mostly remains terra incognita.

RAS Corresponding Member A. S. Simbirtsev proposed the idea of setting up a test similar to the Mantoux test or the tuberculin test – these are all different versions of the skin test, which are intended, for example, to solve the question of whether there is immunity to Mycobacterium tuberculosis or not. We used the same logic. A new skin test shows whether vaccination is needed or not. This takes into account not only T-cell immunity but also the presence of antibodies in the body.

The test is very simple. In fact, this is an analog of the tuberculin test, but the fundamental difference here is the use of this antigen, which is used for intradermal administration. This test works for evaluating both post-infectious and post-vaccination immunity.

The contribution of A.S. Simbirtsev’s group lies in the fact that he created a hybrid protein that consists of the most immunogenic (protein sites to which the immune system primarily responds) sites of different coronavirus proteins. Everyone heard of M-protein and S-protein, but the coronavirus is not limited to two proteins, it is much more complicated, there are more proteins, and, accordingly, more immunogenic sites. So, they are assembled into a single rather large hybrid protein, which is injected intradermally.

─ It is perfectly safe for humans and cannot cause disease. Since this protein consists of immunogenic sites, as I have already said, we can see whether an immune response is developing or not and assess the level of T-cell immunity. Accordingly, if the result is negative and there is no immune response, it is worth considering vaccination.

We evaluate the response to protein administration within 72 hours. That’s long enough, three whole days. But such are the laws of immunology.

─ When will it be possible to implement this development in practical healthcare?

─ We have already passed all preclinical tests: for biosafety, toxicology, and specificity in the experiment. Documents have already been submitted to the Ministry of Health of Russia for permission to conduct a clinical trial. Now we are actively conducting a dialogue with the Ministry of Health, answering their questions, and we hope to start the first phase of clinical trials soon.

Our product has a rather complicated registration procedure, even though the test itself is, in fact, diagnostic. But since the protein is injected intradermally, that is, the skin is disturbed, this test system needs to be registered as a drug.

─ Are there analogs of your products in Russia?

─ No, as of today there are none.

─ How accurate is such a skin test?

─ The skin test is more physiological and gives fewer false results. But you need to understand that no test is 100% accurate. Any test has some margin of error. However, skin tests are more accurate than in vitro tests. But the disadvantages of such skin tests are associated with a more complex registration procedure.

─ At the recent Life Sciences Scientific Council of the Russian Academy of Sciences you said that hybrid immunity, when a person has been ill and vaccinated, is most effective against coronavirus. Tell us more about it.

─ Let me give you a rough analogy. When you learned poems at school, did you memorize them right away? No. The same is true here: repetition is the mother of learning. It has always been believed that post-infectious immunity, when a person has been ill, is of higher quality than post-vaccination. This rule works for the vast majority of infections, but in the case of coronavirus, the situation is a little different, and hybrid immunity really wins here.

Surely you have heard of such a concept as a booster shot. It is widely used abroad, including for mRNA vaccines. That is, a person receives a full vaccine first, the so-called primary vaccination, and then small doses (boosters) in the required amount to maintain their body at the proper level of protection. This has already been successfully applied, for example, in Israel. And now, when the people of Israel are faced with Omicron, they are not on the path of revaccination, but on the path of boosterization. One such booster injection is enough to spur a specific immune response.

─ Do you believe that Omicron will be the last coronavirus variant?

─ The events of the last two years have shown that making forecasts regarding coronaviruses is the most thankless job and it is very easy to fail here. I think the evolution of the virus will not stop at Omicron. But time will tell how dangerous new variants of the virus will be for humans and how they will bypass the immune system.

Judging by the dynamics that we are currently observing in foreign countries, as well as in Saint Petersburg and Moscow, Omicron is very quickly gaining territory and rapidly displacing Delta.

─ Do you think it will displace Delta completely?

─ Quite likely. Just as Delta recently displaced the previous variants of the virus, several gene variants at once.

In Saint Petersburg, in the first half of 2021, Wuhan, British, Brazilian, South African variants, and even the Northwestern, purely Russian gene variant circulated. By the way, this variant was first described at our institute. In February, we discovered it and registered it in the international GISAID database. A month later, these data were published. And in May, WHO declared it a gene variant under monitoring. A week after this announcement, Delta comes to Russia, and literally before our eyes for three weeks, the Northwestern variant practically disappeared, the British one began to fade, etc., Delta displaced everything. The first Delta case was recorded in Saint Petersburg during the May holidays, and in July it already displaced all the other variants.

─ No, it is impossible to make such forecasts. There is no doubt that the evolution of the virus will continue, but how dangerous it will be, I repeat, we do not know. Purely psychologically, after Delta, we were all preparing for the fact that the next variant of the virus would be even more dangerous. Nevertheless, we see that Omicron, although it spreads much faster, is milder than Delta. Of course, there are cases of severe forms and hospitalizations, but there are not as many of them as there were with Delta.

─ That is, the evolution of the coronavirus can go according to any scenario: the next variant could be even more dangerous, or maybe not?

─ Correct. The good thing is that those who have recovered from one variant of the coronavirus, for example, Wuhan or Delta, and, moreover, now Omicron, have a better chance of being protected from the subsequent variant of the virus.

─ And if they are also vaccinated, it’s even better, based on the thesis that hybrid immunity is better.

─ Yes, the richer the immune response, the more specific cells in the arsenal of the immune system, the better. 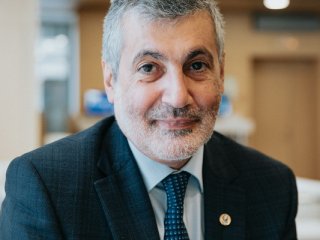 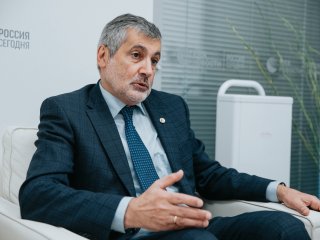 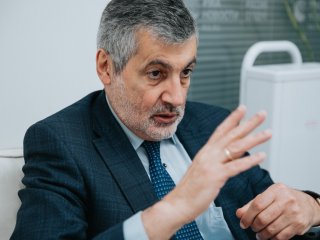 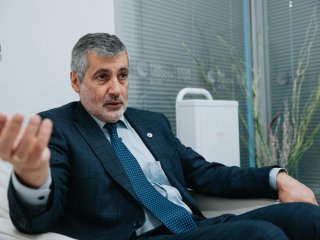 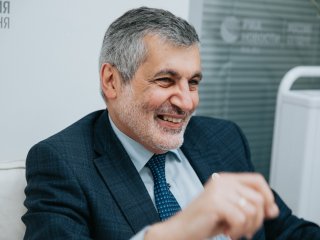 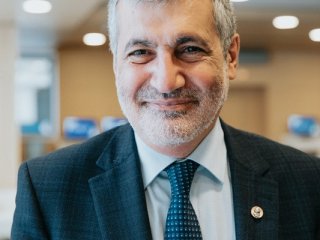 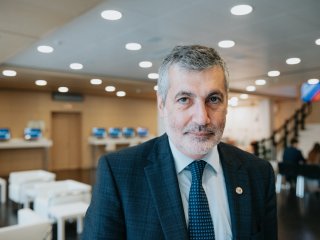 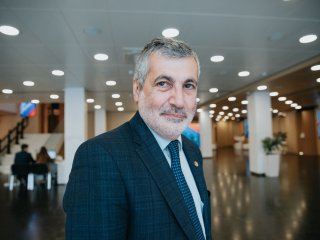 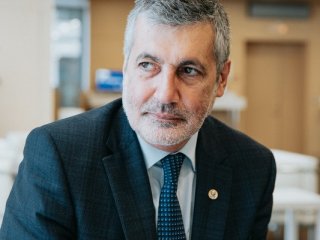