Detective stories by Arthur Conan Doyle and Agatha Christie have always been popular. Brave detectives, observant investigators, and attentive forensic experts often become the heroes of movies and books. The latter professionals play an important role, as they are the first to examine crime scenes and form the lines of enquiry.

In Russia, there are not that many universities training lawyers in the basics of forensic science. After all, it requires not only specialists, but also special accessories that forensic experts use in their work. However, the students of the Russian New University (RosNOU) are lucky. The university has created a real forensic laboratory with all necessary equipment for criminalistic examinations. What skills should a forensic expert have? Why does every person need basic legal knowledge? What exposes a criminal? Head of Criminalistics Laboratory, senior teacher of the Chair of Private Law at the Humanities Institute of RosNOU, practicing lawyer and former senior forensic expert of Moscow Igor Sergeevich Enikeev answers these and other questions in our conversation.

— I would like to start with the history of criminalistics. How and when did this science originate?

— Criminalistics was born along with the advent of mankind. When catching mammoths, our ancestors, primitive people, used to follow their footsteps and study natural mechanisms and phenomena.

Unfortunately, crime appeared along with human civilization too. There have always been people who wanted to take something away from their neighbor. Therefore, our society needed the people who could find criminals and investigate illegal actions. However, we will not find any mentions of forensic science in the detective stories written by Arthur Conan Doyle or Agatha Christie. This term emerged only in the late 19th century. Sherlock Holmes does not use the wording “forensic science,” although he applies all the forensic methods known at that time in his work.

Austrian researcher Hans Gross is regarded as the father of forensic science. He viewed it not only as a science, but also as a craft, “skillful activity.” Gross noted that forensic science required skills, abilities, and courage from forensic investigators.

Today, criminalistics (forensic science) is a science investigating the mechanism of crimes, whereas criminology studies the very phenomenon of crime and its causes. In more than a hundred years, the science has been enriched with advanced technologies, new methods, and technical means, but some traditions have remained unchanged. For example, the Bertillon system is a system used to identify criminals based on their anthropometric data. Of course, it has not been preserved in its pure form, but face-forward and half-face photographs made against a ruler are still used in practice. Today, modern forensic experts apply a technique that allows them to collect together all necessary data about a person, including their biological and genetic code.

— Speaking about practice, how much has forensic experts’ work changed recently?

— In fact, it has not changed a lot. Forensic equipment, devices and materials are changing, but the approach based on making analyses, forming lines of enquiry, searching for material evidence, and examining crime scenes remains the same.

Let me give you an example. Criminals often remove the number from the barrel of a weapon with a file. How can we restore it? Easily! The X-ray structural analysis allows one to quickly restore and capture this number. However, you might say: 100 years ago, forensic scientists did not have the X-ray structural analysis. You are right, but everything was even easier. Forensic experts used to mirror-polish the saw cut, fix the grooves with plasticine, pour sulfuric acid, and photograph the reaction process every three seconds. The acid entered into a reaction. Where the metal was denser, the reaction was slower, and where the metal was less dense, it was faster. At some point, the hidden weapon number appeared in the photo.

— Do modern forensic experts need to get chemical education?

— If we speak about the classical forensic examination with a crime scene inspection and fingerprinting, you do not need to be a chemist to do it. I often tell my students: by no means every chemist is a lawyer, but every lawyer is kind of a chemist in spirit.

Meanwhile, the main task of forensic specialists is to work at the crime scene. The main thing for these experts is to collect evidence and traces of a crime.

As for chemical education, I can say that any knowledge is always beneficial. My chemical training helped me a lot, especially when I became a lawyer. At some point, I wanted to become a judge, but I got scared…

— Deciding people’s fate is a serious responsibility. Therefore, I preferred to become a lawyer. When I was working at a police department, sometimes I had a feeling of greater sympathy for criminals than for their victims. There were many examples of this kind.

— Let us get back to forensic examinations. How many types of them exist?

Experts’ specialization is important for each of them. Some specialists work exceptionally with visual inspections. Some of them perform fingerprinting. As a rule, there are more women in this area, as this specialization requires perseverance and attentiveness. There are also fire-technical, environmental, accounting, and computer-aided expert investigations. Their list is very wide.

We train students in different branches of law. For example, speaking about environmental laws, we study the types of a state expert review, and we go through accounting expert examinations when studying financial laws. At the same time, the focus of our criminology office is traditionally associated with criminal activities and investigative work.

— To what extent can forensic examinations and their findings change the course of one or another case?

— The court evaluates the body of evidence (including expert examinations) that sometimes does not provide an unambiguous conclusion. In my practice, there was a civil litigation where it was crucial to identify the person who had signed a document. My principal said that he had not signed it, but the opposite side provided an expert opinion stating that it was his signature. We also conducted an independent examination, and it showed that the document had not been signed by my principal. Thus, two probable conclusions clashed at the court. Therefore, we conducted a third examination at the Center of Forensic Science of the Ministry of Justice. It clearly put an end to the matter: my principal had not signed the document.

Therefore, the court will never evaluate the results of only one examination. An investigation is always made, witnesses are interrogated, and, if necessary, an expert is called. By the way, if a lawyer knows the methodology of an expert examination, they can criticize the expert for the lack of experience and errors in the procedure.

— What does a lawyer feel when they realize that they did everything they could, but their client still received a heavy prison sentence?

— One should understand that, before bringing charges against a person, experts conduct a preliminary investigation and find evidence. If a criminal case is initiated against someone, there are grounds for this. Of course, the court more often leans towards the prosecutor, towards the prosecution. In 16 years of my practice, only one acquittal has been issued for my client.

Being a lawyer is a calling. If one wants only a high income from one’s career, they should not go into this profession. The human being comes to the fore in legal practice. It is important to understand and help people, to understand who is to blame and what really happened.

— Empathy is important, is that right?

— Right. Your relationships with people depend on it. We encourage our students not only to memorize laws, but also to carefully study the work of forensic specialists, various examinations, questions to be asked, and the process of forming lines of enquiry.

— Please share your experience as a forensic expert. What exposes criminals?

— Surprisingly, fingerprints traditionally remain at the crime scene. At the same time, the detection methods that were used 50 years ago are still relevant today.

Funny incidents happen sometimes. Once I found a criminal’s passport in the apartment where a burglary was committed. An even more comical situation occurred at another burglary scene. The investigator asked me to find witnesses. I left the building and saw some men who were drinking alcohol at the table while sitting on a bench. I say: “Hello, guys! Are you locals?” – “Yes, we’re locals.” –“I’m from the police.” And they went on the run! It is nice that the driver came out with me and helped me catch them. It turned out that they had burgled the apartment and, among other things, cleaned out the refrigerator. Then they sat down to have a bite and celebrate a successful “raid” right next to the house.

There is no perfect crime. Something always exposes the criminal. In the end, they will talk to someone. Pride and desire to become famous can fail them.

— I believe that Dostoevsky described this well in his Crime and Punishment novel.

— You are right. Overall, forensic science and its methods are very popular in literature, movies, and documentaries. On the one hand, they show the work of law enforcement officers and crime investigation methodology. On the other hand, we show our cards to criminals.

The Fantomas movie was popular during the Soviet times. After its release, criminals used to leave a note at their crime scenes: “Fantomas was here.” The Ogoniok magazine described the crimes committed by a group of criminals who used to burgle apartments while wearing women’s stockings on their heads. As soon as the article appeared in Ogoniok, similar incidents immediately spread in Moscow.

— How important is legal literacy in the modern world?

— That’s an interesting question. In my opinion, it is extremely important. When you are offended, your documents are executed incorrectly, or a low-quality service is provided, you immediately recall that there is law, constitution, and legal grounds.

— What does forensic science give your students?

— In addition to the general forensic science issues and forensic technology, our students actively study forensic tactics, the methodology used to form lines of enquiry. To become a professional in this area, you need to know logic and psychology, have the ability to establish contact and the ability to negotiate. Fortunately, many of our students and graduates master these skills and work within their specialty. They work as judges, lawyers, and law enforcement officers.

In fact, RosNOU trains “artisans.” Put it simply, our lawyers will always find a job. It is enough to understand how the system works, how the law works, how the state is built. It helps anticipate specific events. Therefore, everyone needs additional legal knowledge, a minimum legal base.

Unfortunately, our society is characterized by a quite low level of legal literacy. As a result, many people fall victim to phone frauds.

— Some countries around the globe seriously say that artificial intelligence and neural networks will be able to pass sentences. Do you support this initiative?

— I recall German Gref’s statement: “Why would I need lawyers who do not know how neural networks work?” In fact, advanced methods are being introduced into jurisprudence everywhere. However, in my opinion, the final word should always rest with the human being. Neural networks will help analyze information, process data, and issue recommendations on a sentence, but the human being should say the final word. Besides, there is no definitive verdict. The system is designed in such a way that there are instances to make an appeal, there are appeal, cassation, supervisory bodies, etc. Anyway, one should always remember that there is a human being and their fate behind any crime. 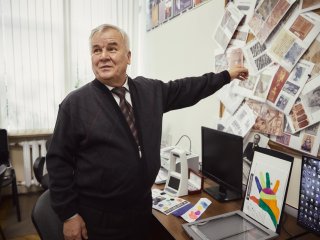 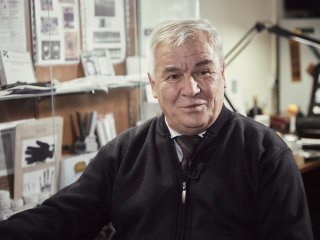 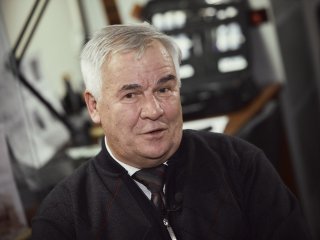 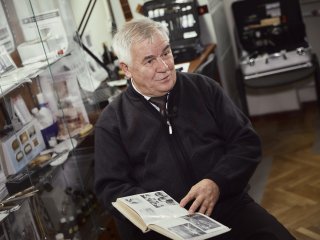 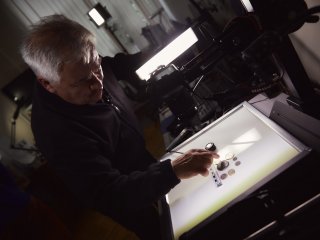 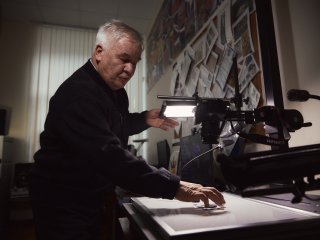 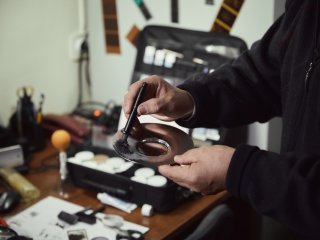 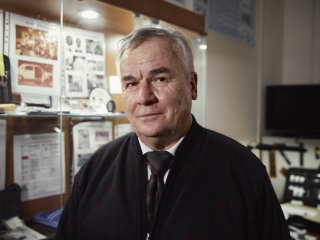 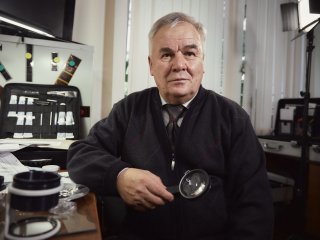 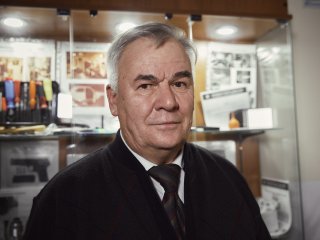 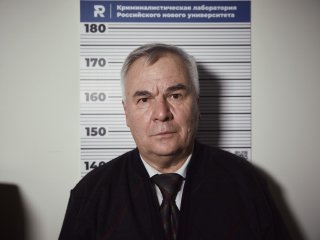 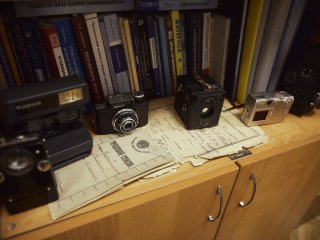 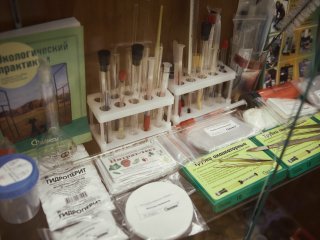 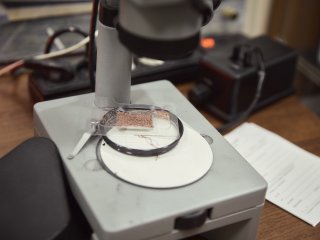 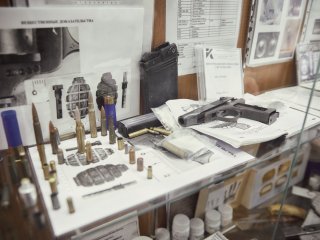 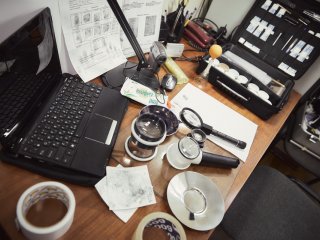 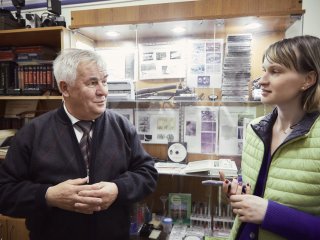 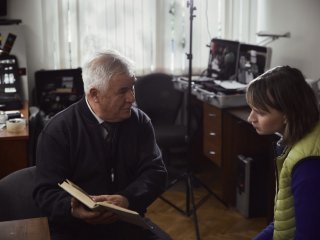 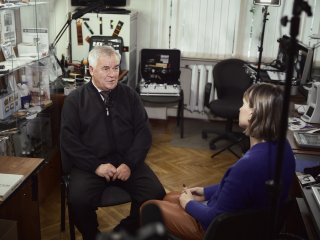 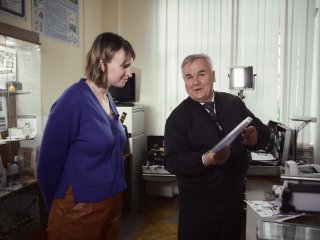 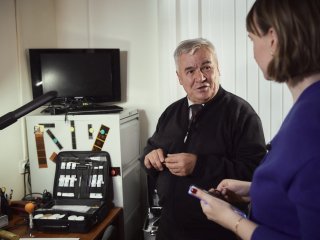 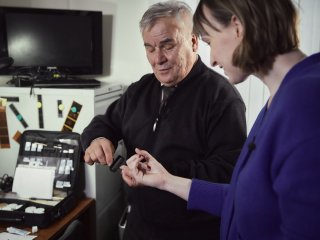 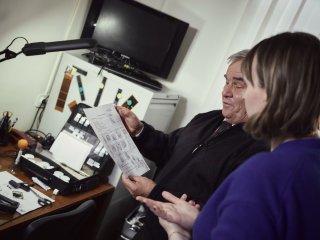 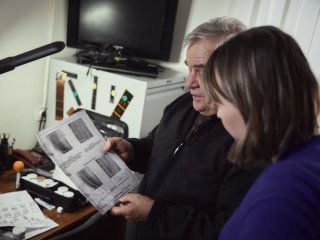 16.05.2022 13:00
718
A Decade in the Northern Seas. An interview with expedition head Alexander Saburov about the Arctic Floating University project