Institute of Experimental Medicine – Looking into the Future While Preserving Traditions

The Institute of Experimental Medicine in Saint Petersburg is known across the world for its unique history and achievements. This is where the world’s first polio vaccine and a live influenza vaccine were created. In the early 20th century, medications created at the Institute of Experimental Medicine were used to treat plague. Documents in the IEM Museum tell us the history of the IEM Special Laboratory for Production of Anti-Plague Preparations, which was created at the turn of the century and became known as the Plaque Fort (Emperor Alexander I Fort located on an artificial island in the Gulf of Finland), where 20 epidemiologists risked their lives to create a plague vaccine.

Still on the frontline of the medical science today, IEM do not forget the legacy of their great predecessors. Aleksandr Dmitriev, Doctor of Biological Sciences, RAS Professor, and IEM Director spoke in detail about the Institute of Experiment Medicine — the world’s first medico-biological research institute with a university structure.

In December 2020, the Institute of Experimental Medicine celebrated their 130th anniversary.

The origins of the Institute are most remarkable. In November 1885, a rabid dog bit an officer of the Guards Corps that was commanded by Duke Alexander of Oldenburg. By the order of the duke and at his expense, the officer, accompanied by a military doctor, was sent to Paris for treatment at the laboratory of Louis Pasteur whom the duke had met personally; the laboratory had performed the first inoculations months prior. “Rabies was a serious problem at that time,” Aleksandr Dmitriev says. “Therefore, Duke Alexander of Oldenburg made the decision to adopt foreign technology for treating infectious diseases, i.e., to undertake a technology transfer to Russia, in today’s parlance. Russian specialists learned the methodology for making the medications and began using it in Russia. Gradually, relevant areas for research aimed to fight infectious diseases took shape. And then the Institute of Experimental Medicine was founded. Duke Alexander of Oldenburg was appointed its trustee.

130 years have passed. Infectious diseases are certainly not the only research area of the Institute. Today, EIM specialists work is 12 scientific departments that consist of over 30 scientific laboratories working on a variety of issues, such as pathogenesis of diseases, and designing methods to prevent, diagnose and treat infectious, hereditary, cardiovascular, and neurodegenerative diseases.

All departments, e.g., Immunology Department, Morphology Department, Molecular Genetics Department, etc. operate in close contact with each other. The world’s practical experience in science shows that neither meaningful results nor serious discoveries can be achieved by one person or one scientific group or even one scientific division. What’s important is a comprehensive approach – the so-called multidisciplinary approach to addressing a particular issue.

And there is a lot of issues, both in Russia and elsewhere in the world.”

March 11, 2020, when the World Health Organization declared the pandemic of the novel coronavirus infection, was a shock to the whole world. “Humanity had not known this infection; nobody knew the scale of the disaster; there was no way of knowing how long this stand against the virus was going to last and how big the losses might be.”

According to the IEM Director, despite multiple restrictions, the IEM continued its research work. “Many employees were allowed to work from home, and the format has proved to be effective: people are working from home or even from their dachas in the country. The performance of scientists and academics isn’t just in successful experiments; they also prepare publications, reviews, give lectures and hold online classes with young specialists.”

“The IEM joined the COVID war from the start of the pandemic. Two scientific departments – the Virology Department and the Molecular Microbiology Department, began to work actively to create Russian vaccines. One of those is being created in the Virology Department (headed by Larisa Georgievna Rudenko, Head of Department) in cooperation with our reliable business partner – BIOCAD. Technology for making a live flu vaccine is used to create a candidate formulation protecting from both COVID and influenza. The vaccine project is at the pre-clinical trial stage.

The other project was initiated in the Molecular Microbiology Department (headed by Aleksandr Nikolaevich Suvorov, Correspondent Member of RAS). It is a candidate COVID vaccine based on probiotics. Most people must have heard about probiotic bacteria and their benefits for human health. The strain that was used to design the candidate vaccine is well researched and patented; we have been working with it for 20 years. Our project has significant competitive advantages over the existing vaccines.

We believe that in addition to creating vaccine products, it is important to show that the two technologies (based on a live flu vaccine and a probiotic bacterium) are effective and have the right to exist. Moreover, these technologies could be easily adapted for use with new infectious agents that are unknown today and haven’t yet made their way into the human population. The current pandemic is obviously neither the first nor the last. Therefore, by using and rapidly adapting our products, we can respond and counter infection-related threats faster.”

ON PRIORITY OF INFECTIUS DESEASES

“In the USSR and then in Russia, infectious pathology was always a priority area. It is no accident that today our state is allocating large sums of money to fight COVID-19 and support design of diagnostic, prevention and treatment methods. I have no doubt that Russian scientists are going to lead the world science, as they did before. The evidence includes the fact that the Russian vaccine Sputnik V was the first registered COVID vaccine in the world. The history of the IEM also shows that our scientists always were in the vanguard as it was our Institute that created vaccines against polio, measles, flu, etc.”

“Today, we are doing everything we can to bring the best young scientists to our team. It is also important that young specialists working at the IEM respect traditions of the Institute, building upon the experience of their older colleagues over years, and adopt the wisdom of their teachers. This is the main driving force at the IEM – the combination of experience and huge wisdom on the one hand, and youthful ardor, scientific courage and faith if ourselves and our ideas. This is the key to successful development of the Institute.”

ON PLANS FOR THE FUTURE

“What makes the IEM unique is the fact that many of our employees (with expertise in a broad range of areas) are involved in multiple scientific projects undertaken to address relevant issues that life itself puts before humankind, such as atherosclerosis, hereditary and neurodegenerative diseases, infectious pathologies, etc. This has been confirmed by the entire history of the IEM. The scientific products of the IEM over 130 years are a mosaic of impressive elements, achievements, discoveries and triumphs. We are proud of our traditions and our great predecessors. Modern science is developing fast, and the Institute of Experimental Medicine is developing and moving forward with it.” 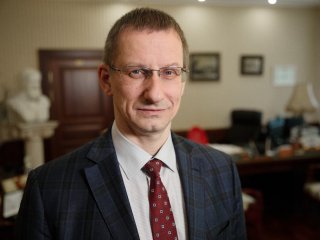 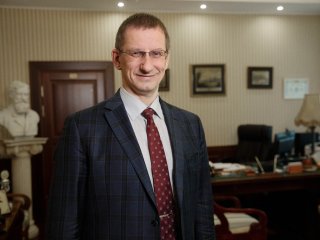 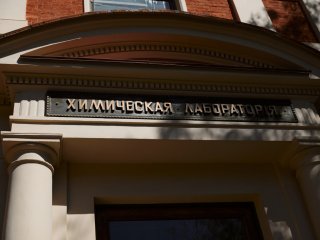 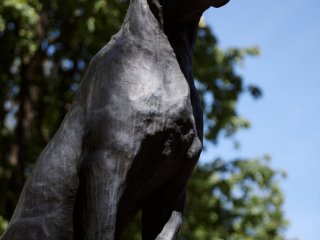 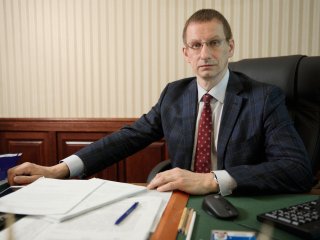 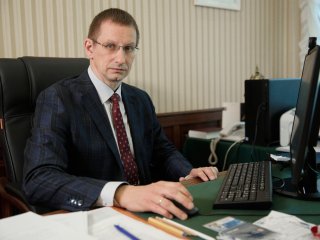 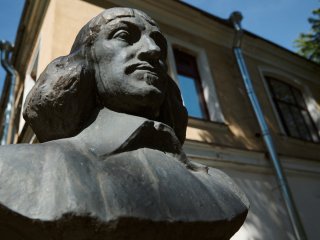 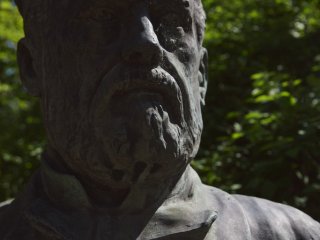 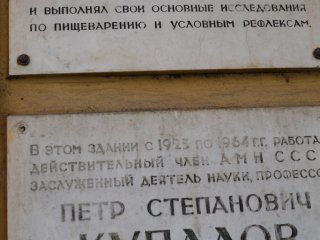 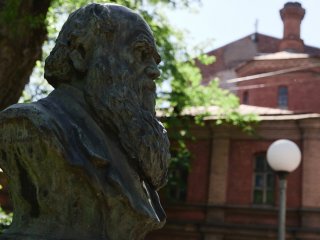 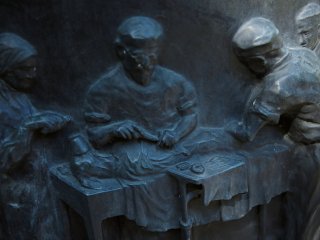 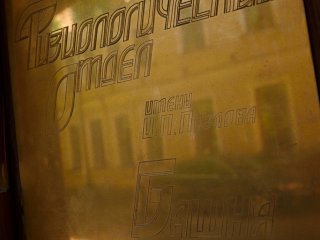 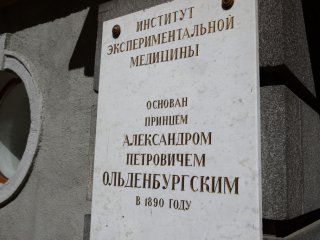 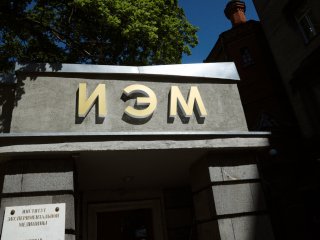 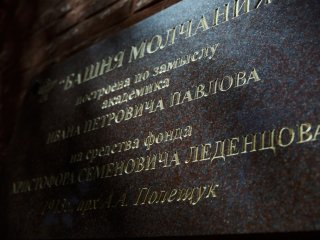 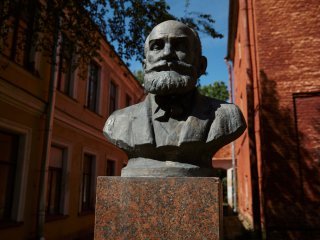 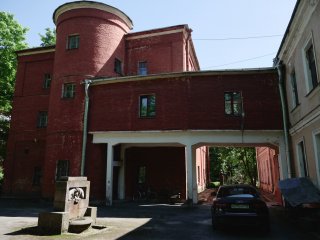 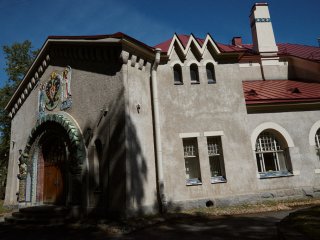 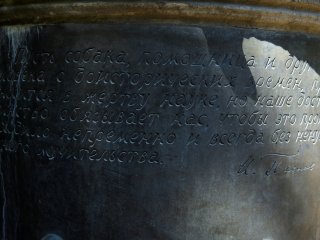 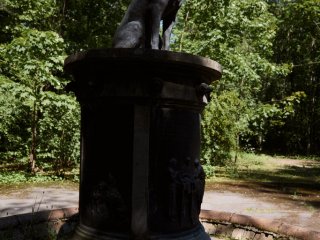 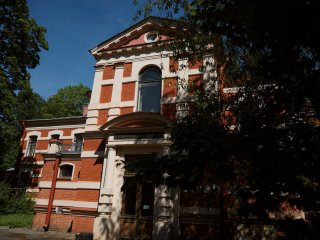 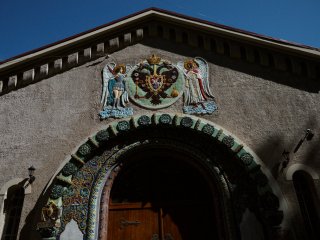 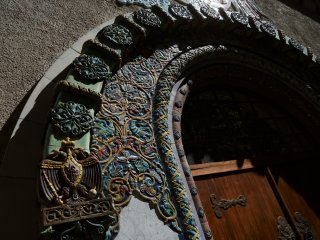 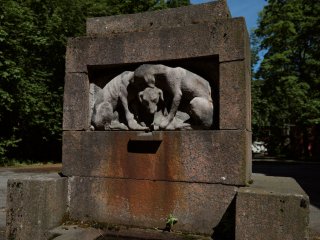 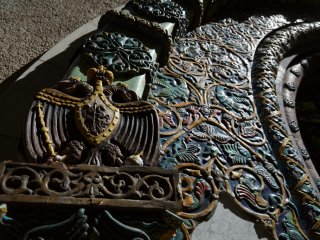 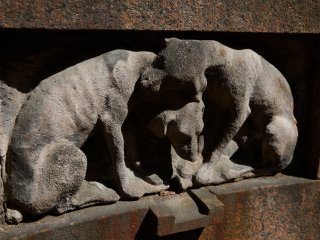