Educator from an Academic Dynasty. February 14 is Sergey Kapitsa’s Birthday

It was before the World War II, around 1938 – hardly anyone could remember now. In an elite village of Nikolina Gora on Rublevo-Uspenskoe Highway, where a dacha cooperative of science and art workers has been located since the mid-1920s, one of the residents witnessed an outrageous sight: some boys were digging up sand at a river bank. The elite village resident was furious and yelled at them, but the boys explained that there must be iron in the red sand, and for the sake of science it was necessary to build a blast furnace and test the theory. The villager didn’t give up, so the educated children of the elite village switched to English and French, confident that this way they would explain the importance of their work more clearly. The angry man dragged one of the boys home and complained to his parents that the boy used explicit language…

Perhaps, this is how Sergey Kapitsa, a ten-year-old boy back then, first realized the complexity of popularizing science, to which he would later devote his life. In those years, Sergey probably couldn’t imagine that he would head an MIPT department, become one of the first scuba divers of the Soviet Union, and his scientific TV show would be watched by millions.

We could have known Sergey Kapitsa in a completely different way: for example, as an “outstanding English physicist and science popularizer of Russian origin.” There would be no “Ochevidnoe neveroyatnoe” (Obvious but Incredible), no documentaries, nor his struggle for young scientists’ future in the Soviet Union and Russia.

It was quite a likely scenario: Sergey’s father, Nobel laureate Pyotr Leonidovich Kapitsa, lived in Cambridge for a long time, and had a son there. Sergey lived in England for eight years and, for sure, the family would have stayed there if Pyotr Leonidovich had not been forcibly detained in the Soviet Union in 1934 for the sake of the five-year plan of “accelerated development of Soviet science and industry.”

Sergey Kapitsa might not have become our compatriot. However, he would have definitely become a scientist abroad – his dynasty pushed for discoveries and research. His father was a Nobel laureate. Grandfather Alexey Krylov – a mathematician and naval engineer. Sergey was the great-nephew of the French physiologist and specialist in physical chemistry Victor Henri, and the great-grandson of the geodesist and corresponding member of the Saint Petersburg Academy of Sciences Jerome Stebnitsky. They say that Sergey Kapitsa’s godfather was the great physiologist Ivan Pavlov. This has no exact confirmations, and the assumption is based on an excerpt of a letter from Pyotr Kapitsa to his mother, where he says that Pavlov was present at the christening: “…we had hieromonk Alexey, the one who crowned us. He came to baptize his son, they baptized him Sergey. The christening was on Wednesday. Professor Pavlov and his son were here, and they attended the christening. He baptized very awkwardly. Despite our request, he dipped our son’s head in water, so that Sergey screamed and spluttered. Father Alexey panicked and mixed up all the prayers…” Pyotr Kapitsa to his mother, May 15, 1928.

Cambridge childhood, moving to the Soviet Union, which Sergey Kapitsa called “just a change of scenery” in his memoirs: “Our new Moscow lifestyle was not much different from an English one. Perhaps the routine changed somewhat, soups appeared, and the clothes were a little different. Galoshes have become an obligatory element of shoes, as were valenki in in winter. Although the English style of clothing was also preserved – to the surprise of Moscow peers, we wore short pants and knee socks, and my father would wear breeches and walk with a cane,” Sergey Kapitsa, My Memories.

Son of the MIPT father

The beginning of the war: life at an institute where his father worked, a basement fallout shelter. Two days in the passages of the Kursk railway station clogged with people and luggage, waiting for evacuation. Kazan, external study and return to Moscow in 1943. A MAI student, an engineer at Central Aerohydrodynamic Institute, a professor and head of the Department of General Physics at MIPT – the institute founded by his father. For this, he got a precise, but not evil nickname from the students – “Son of the MIPT father.”

“You can increase her grade only by one point. We give her a D, so it can’t be higher than a C!” “No,” I say, “give her a B and leave her alone.” I was the department head, so they had to listen to me,” – this is how Sergey Kapitsa recalled an incident at MIPT – a female student with excellent grades in the past attended an exam unprepared. Kapitsa discovered that two weeks earlier the student gave birth to twins, and, with regard to circumstances, he insisted on a positive assessment. Sergey Petrovich sincerely and objectively defended the rights of students wherever possible.

It was with his assistance that students stopped being recruited to the army during Gorbachev era – for this Kapitsa had influential academicians sign the letter and handed it to the aide of the USSR president. Later, during Yeltsin’s presidency, the situation repeated.

Perfectly understanding the problem of brain drain and “nevozvrashchentsy” (nonreturnees), which his father personally faced, Sergey Kapitsa sought to increase funding for students and postgraduates: “Almost the entire middle generation of scientists has been knocked out. And young people, looking at their distressed senior colleagues, do not know what to do. Therefore, in the most famous universities, such as, for example, MSU or MIPT, most graduates do not see how to implement their knowledge, except outside their country, graduate students and young scientists are in the most difficult situation,” wrote Sergey Kapitsa.

We will reveal to our kids without fear

The truth – for they do care:

“Amazing is so near –

Vladimir Vysotsky wrote “A letter to editorial office from Kanatchikov dacha” in 1977. It was the poet singer’s peak of popularity, as was the active growth of interest towards the popular science TV show, which by that time had been airing for four years.

The Soviet-era censors, scrupulous to the point of paranoia, carefully reviewed scientific publications in newspapers, magazines, and on TV – to avoid inadvertent disclosure of secrets to potential enemies of the country. Kapitsa was a trustworthy man, so his show was broadcast without thorough examinations, however, an eye was kept on it just in case. Having expanded educational activities beyond the MIPT department to all viewers of the Soviet Union, Sergey Kapitsa dropped out of his academic career: skeptical towards journalists, the scientific community did not see Sergey Petrovich as part of the Academy. Referring to his senior peers for advice on whether to go on TV, Kapitsa received the following forecast from academician Lev Artsimovich: “You will certainly succeed, just keep in mind: you are putting an end to your academic career.” And that’s exactly how it happened. Nonetheless, Sergei Kapitsa got an opportunity to take the stage and for forty years, he would be an irreplaceable TV host to talk about science, its problems and its relations with the public.

In 2007, Sergey Kapitsa was a guest at “Liniya Zhizni” (Lifeline) TV show on the Kultura channel. The show implies a no-host format, so the guest communicated with the audience directly. Sergey Kapitsa was asked how scientists feel about his popularity, and he replied: “You should ask the scientists about it. However, whenever I invited them to my show, I never got a refusal.”

Photo on the homepage: biographe.ru 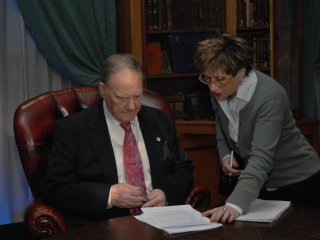 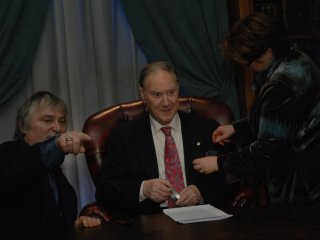 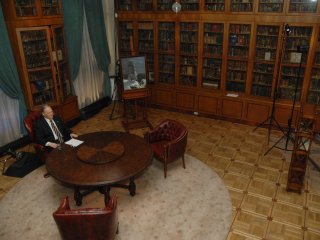 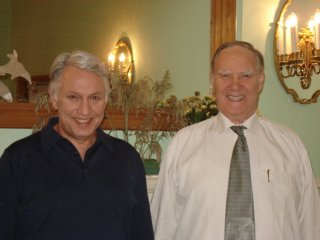 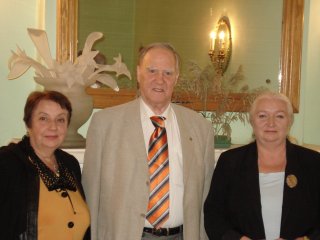 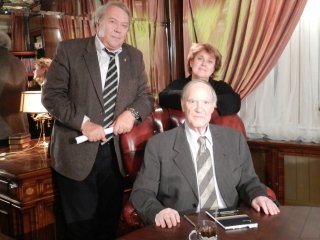 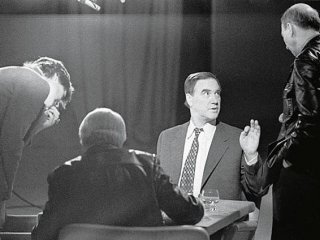 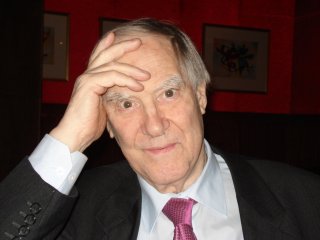 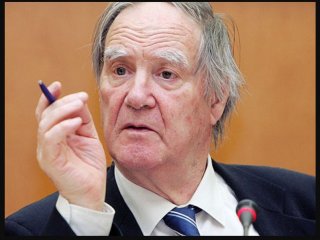 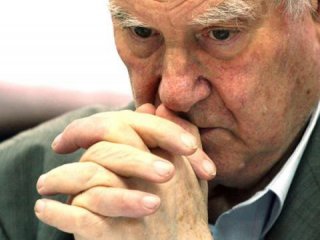