Professor O. L. Vaisberg: “Mars will Be Habitable in 200 Years”

In 2021, the entire world is celebrating the 60th anniversary of the first manned space flight. Today, scientists are primarily focused on our nearest neighbors in the Solar System: Mars, Venus, and the Moon. Is it possible to recover the lost atmosphere of the Red Planet? What are scientists looking for on Venus and when might we succeed in colonizing Mars?

We discussed these and many other questions with Oleg Leonidovich Vaisberg, Doctor of Physical and Mathematical Sciences, Professor, Chief Research Officer of the Space Research Institute of the Russian Academy of Sciences.

─ What was April 12, 1961 like for you, when Yuri Gagarin made the first space flight?

─ I was 26 years old at the time. You know, it was a real shock because neither I nor people around me had ever expected the first manned space flight to take place so soon. Yes, it was seen as a vague prospect and then – boom! ─ it all happened so fast.

The reaction in Moscow is hard to describe: one had to see it. Nearly the entire capital was out in the streets; the weather was good; and the happy people were strolling around the city in cheerful crowds. There were no orders from the government saying “everyone is to go out and celebrate the great event”; people were just getting together and taking to the streets of their own accord.

Gagarin, undoubtedly, was an outstanding figure. S. P. Korolev chose him for a reason. After the space flight, people looked at Gagarin with admiring eyes, as if at a deity, and that happened all over the world as well as in Russia. This famous photo with the Italian actress Gina Lollobrigida.

─ Let’s talk about your work. You have been studying Mars for many years. Did this planet lose all of its atmosphere?

─ Yes, essentially. Roughly speaking, what is left is only one hundredth of what used to be there. Atmosphere is a most interesting subject, even though my research is mostly focused on the magnetosphere ─ it’s an envelope of Mars, which is the most distant from its surface.

Magnetosphere (from “magnetic sphere”) is a region of space surrounding an astronomical object, wherein the behavior of the surrounding envelope is determined by its own or induced magnetic field, and by plasma and energetic charged particles inside the envelope.

It’s important to us now that Mars does have an atmosphere. Scientists are busy studying it; there are estimates whereby Mars could regain its atmosphere within 200 years

─ How exactly could this be done?

─ NASA scientists have developed a potential project. The idea is to create an artificial magnetic envelope, with the gaseous sheath of Mars subsequently increased by various methods. This involves a process where short-wave solar radiation reaches and heats the surface of Mars, while the surface heats the atmosphere (greenhouse effect), with a gradually developing sheath that accumulates the heat from the Sun.

I also believe that recovery of the Mars atmosphere is realistic, since a significant part of the gases that used to be there accumulated in the soil, so some of the gases could be recovered from there. But that is a special activity, requiring quite a lot of money and time. Nonetheless, unless humankind avoids complete self-destruction or COVID destroys us all, I think that Mars is going to be habitable in about two hundred years, roughly speaking.

─ I even remember people talking about dropping a bomb on Mars in order to heat it up to the right temperature?

─ Well, that’s not the best idea. I doubt one could do it with atomic bombs, since an atomic bomb explosion would be small relative to the size of the planet, and the energy released would not be much either. That would be a lot of energy to us (towns, people), but not for starting global processes of the kind we were talking about on the planet.

─ Why did the iron core of Mars cool down and cease generating the magnetic field?

─ The problem is most likely to be the size of the planet itself: Mars is too small. Many planets in the Solar System have a molten metal core “storing” a magnetic field ─ by virtue of there being convection of the conductive material. But the energy Mars had was not enough and the core went cold, the result being just some remaining pieces, magnetic anomalies, mostly concentrated in the planet’s southern hemisphere. That is, today, we only have individual small islands of the magnetic field.

─ American astrophysicist Neil deGrasse Tyson once voiced an idea during one of his talks, whereby we all might be descendants of Martians because it is known that asteroids, hitting a planet, may knock rocks out of it fast enough for them to fly into the outer space. And, if there really was life on Mars, which used to have plenty of water, that life might have made it to Earth, starting life there. What do you think of the idea?

─ This is a hypothesis, of course. Yes, it is known that there is a lot of meteorites falling on planets of the Solar System, and at a high speed at that: dozens of kilometers per second. If a large chunk of a meteorite bumps into the surface of Mars, it knocks out some small pieces, some of which will have the speed exceeding the escape velocity. There are meteorites on Earth that were identified as meteorites from the Moon and Mars, based on the chemical and isotope composition and other attributes.

Today, many falling rocks have already been identified, based on their chemical composition and structure, to have come from the Moon or Mars.  What is striking is that it became clear over the recent years that there is a quite lot of organic matter in the Solar system: there are molecules of a certain type, which could be used to start life. But whether it will start indeed and whether it will reach the intelligent stage is a big question. However, it is a most promising enterprise, and we shouldn’t rule out that there is real life somewhere in the Universe, even if it’s in a primitive form. Therefore, I don't reject the hypothesis as such.

─ Given the high radiation level, would people, having made it to Mars, have to build underground basis or cover the planet surface with a dome?

─ Absolutely. You know, just a flight to Mars would be a rather risky enterprise because sun flares carry so many energetic particles that the travelers might receive a lethal dose during the journey. However, I have no doubt that people will fly to Mars and land there sooner or later. The task is most nontrivial, but it will be completed. It’s just human nature that anything that can be done will be done. There can be no other scenario.

The protection would have to be used most of the time, of course. At the moment, we don’t know if it’s going to be “cave” stations or, on the contrary, external shelters. But there are projects. By the way, our outstanding designer S. P. Korolev was seriously involved in a “Martian” project for a long time, which is covered in a book by the renowned rocket scientist V. Y. Bugrov Martian Project of S. P. Korolev, dedicated to the future flight to Mars. Korolev believed this mission to be his main objective but sadly he died too soon.

─ Let’s talk about Venus, which is often called Earth's sister. Is it true that nobody knows to this day why its global ocean literally boiled away?

─ It’s important to understand that Venus and Earth are quite different after all: with different distances to the Sun, different amounts of incoming heat, different connections between the atmosphere and the solid part of the planet, etc.

Venus and Earth originally developed from the same dust cloud that remained after the Sun was formed. And the process was not homogenous: volatile gases moved away from the Sun, while more stable substances were closer, which is why there is a gradient in the composition of those early dust particles; and even a small difference in anything might have triggered a global reaction that would take the planet in a particular direction. This is just an example. There are numerous models that describe the greenhouse effect on Venus, and very different models at that. Scientists are investigating this seriously, but the information that has been received is still incomplete.

─ Is any form of life on Venus possible?

─ More than that. As we speak, scientists are busy looking for this life or for organic matter to be more precise (because it’s easier to find organic matter than life). A few years ago, we worked on the Venera-D project with a group of scientists from the RAS Space Research Institute and American colleagues. Roscosmos State Company also started working in this area. So, the topic is indeed most interesting. More detailed investigation of the Venus atmosphere might shed some light on the subject you are asking about.

─ What do you enjoy working on the most and what are your plans for the future?

─ Of course, Mars is the affection of my life. I think, I will continue Mars research for the rest of my life. It was the first planet where my instruments were installed and worked, and my first scientific challenges were associated with Mars, so it has a special significance to me.

Mars is also interesting in many ways. For instance, I’m interested to know how the Mars magnetosphere works ─ that envelope of ionized atoms I mentioned before. The transition from the outer sheaths of atmosphere to the ionosphere remained unresearched for a long time. But recently, my young colleague Sergey Shuvalov and I finally realized how that envelope between the solar wind that approaches Mars and the ionosphere works. It turns out that there is always a thin layer between the incoming solar wind and the ionosphere, which has a most unusual design and is an important part of the ionosphere. Buy the way, we were the first to discover that. 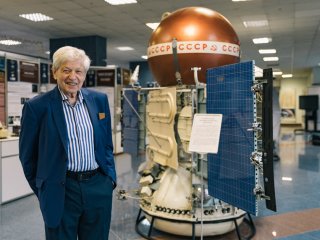 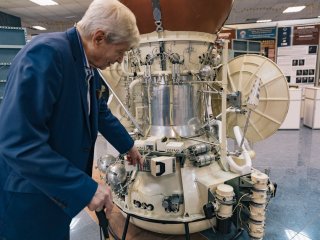 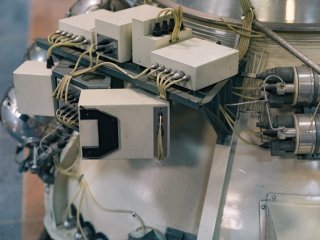 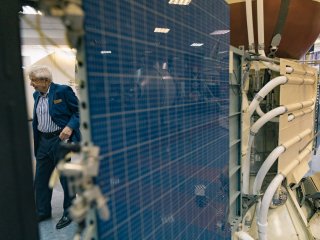 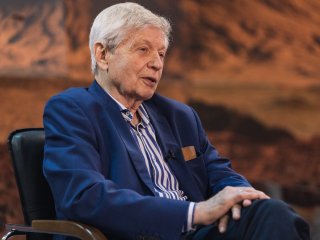 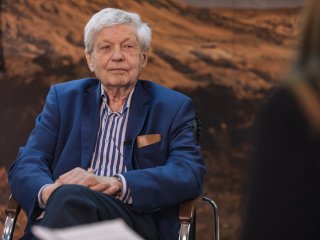 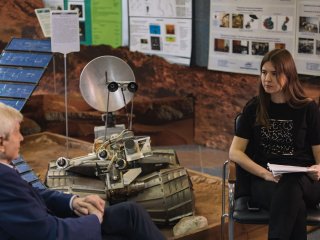 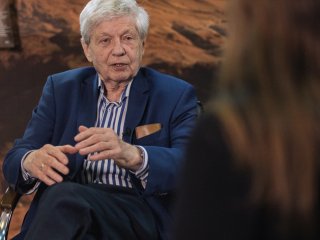 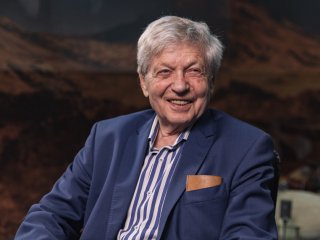 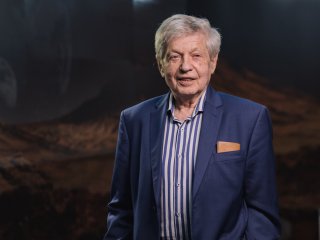 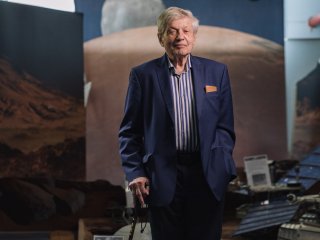 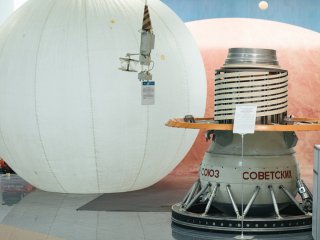