On December 12, 2015, the leading countries of the world adopted an agreement within the framework of the UN Framework Convention on Climate Change regulating measures to reduce carbon dioxide in the atmosphere. In December 2020, on the eve of the fifth anniversary of the adoption of the historic Paris Agreement, UN Secretary-General Antonio Guterres published an article in which he called on the international community to achieve complete decarbonization of the world economy by 2050, introduce a carbon tax and strengthen measures to adapt to the effects of climate change.

The Paris Agreement has spawned a movement for carbon neutrality. The issue of decarbonization is increasingly being discussed by governments and the scientific community. Scientists believe that to combat global warming and atmospheric pollution, it is necessary to reduce coal, oil, and gas production by an average of 6% per year. Plans changed after humanity faced the novel coronavirus infection, which dealt a severe blow to the economies of all countries. To stabilize the consequences, many countries plan to increase the production of fossil fuels by several percent. While governments are looking for a way out of the crisis, scientists and engineers are creating unique installations that will not only be in demand in the future but also, in theory, will solve the problems of greenhouse gas emissions.

The idea of using hydrogen for energy purposes has been expressed for a long time, and interest in them has been shown more than once. And if in the 1970s the development of hydrogen energy was hoped for in connection with the oil crises, today it is in connection with the growing concern about climate change. The global problem stimulated a surge in research and development (with an emphasis on transport), but it did not reach the serious practical implementation of hydrogen technologies. The situation began to change rapidly when the leading countries of the world began the path to sustainable development and the implementation of the concept of carbon-free energy of the future. That is why great hopes began to be pinned on hydrogen.

Meanwhile, hydrogen will not solve all our problems at once. According to the head of the NP Energy Center Yuri Dobrovolsky, hydrogen is not the best fuel for energy, but it can be used in another capacity — as energy storage when using renewable energy sources. For example, solar and wind. “The production cycle of renewable energy sources is always intermittent. Therefore, the excess must be accumulated somewhere, and this can be done by obtaining hydrogen by electrolysis of water. So far, existing technologies are quite expensive, but nevertheless, the resulting hydrogen can be stored indefinitely, and within the framework of ‘green’ energy it can be used as fuel for transport. We are actively working on this today.”

The Competence Center for the Novel and Mobile Energy Sources Technologies, established on the basis of the Institute of Problems of Chemical Physics in Chernogolovka, works in several areas of hydrogen energy at once, including the creation of specialized installations for producing hydrogen from water using electricity. So, quite recently, the first autonomous hydrogen refueling station in Russia appeared there. It must be said that the station was built by German colleagues of the scientists according to the Russian statement of work. At the same time, initially, it used expensive bottled hydrogen, but now the situation is changing. Thanks to the long-term research of the employees of the Polycom company, it was possible to create an electrolysis generator of ultrapure hydrogen, which reduces the cost of the process of producing hydrogen fuel for the transport of the future.

Comments Evgeny Volkov, head of Polycom, a partner of the NP Energy Center:

“We have created the first domestic hydrogen generator with a capacity of up to 6 cubic meters of hydrogen per hour, operating based on alkaline electrolysis. The plant generates hydrogen from water using electricity. It can be used in various industries, for example, for cooling electric generators at power plants, in the semiconductor and food industries, metallurgy, and, of course, in the field of hydrogen energy.

We have been developing this equipment for five years. Very soon we will move on to the mass production of installations that produce ultrapure hydrogen.

Our installation differs from outdated alkaline electrolyzers. We do not use alkaline electrolytes. Instead of alkali, a proton-exchange membrane is used. At the same time, the only liquid in the system is ultrapure (deionized) water. It is obtained from ordinary tap water by reverse osmosis, a universal purification technology. The rejection of the use of alkali gives several important advantages. First, this allows us to completely avoid corrosion of the system components. In addition, our hydrogen generator is very easy to maintain. Unlike an alkali solution, if necessary, the water is simply drained into the sewer, and any part can be easily replaced.

During the operation of the installation, water enters the electrolysis module, where it decomposes into hydrogen and oxygen under the action of an electric current. Oxygen is a by-product for us, so it is released into the atmosphere. And hydrogen goes through a two-step stage of purification from water vapor, and at the output, we get ultrapure hydrogen.

When we establish mass production, we will be able to produce about 60 units per year.”

Refueling tests with an electrolysis module will take place on different types of transport: drones, hydrogen buses, trucks, and cars, including on an unmanned transport platform, a hydrogen fuel cell for which has also been created at NP Energy.

“When it comes to transport – an airplane, a car, a train, it is necessary to create refueling systems, preferably cheap, otherwise the idea will not get applied implementation. With the help of an electrolysis unit, we are trying to get hydrogen. However, so far there is no question of its exceptional ecological purity since we still get electricity from the outlet. Now our goal is to create an installation for industry, which would make it possible to obtain cheap hydrogen in different ways, depending on the raw materials,” said Yuri Dobrovolsky.

Hydrogen infrastructure for our country is an important element of the national program for the development of hydrogen energy in Russia. The plans of Chernogolovka specialists include the transfer of municipal services and transport to hydrogen. It is from there that the “hydrogen” path of development will begin. “I am convinced that we have chosen the right direction. When I first started doing hydrogen energy 40 years ago, I was faced with misunderstanding and distrust in this area,” says Boris Tarasov, head of the Laboratory of Materials for Hydrogen Energy Storage at the Institute of Problems of Chemical Physics of the Russian Academy of Sciences in Chernogolovka. “And today the state policy in this area has already been developed. I am sure that at present, within the framework of the state-supported program, scientific youth will use all their skills and enthusiasm for the rapid, purposeful, and productive development of hydrogen energy.” 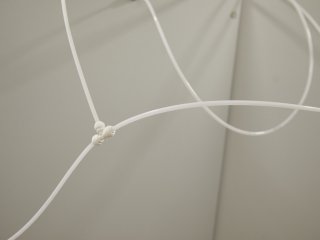 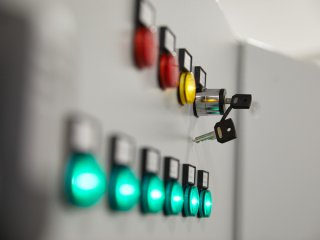 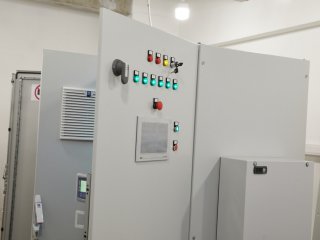 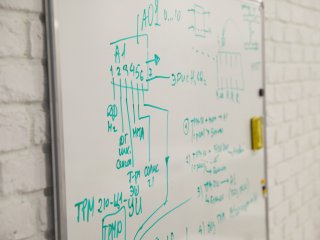 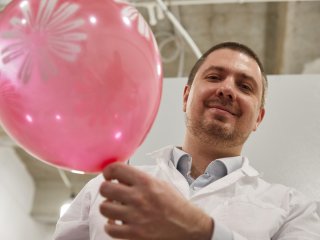 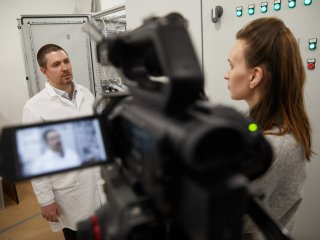 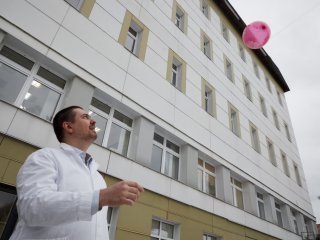 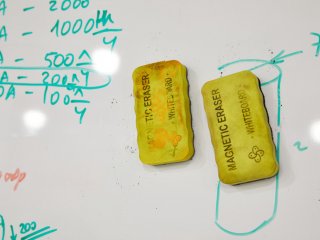 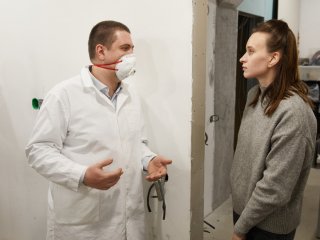 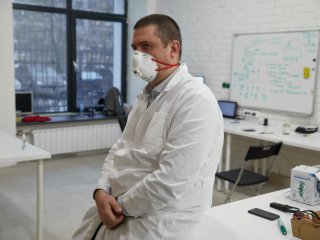 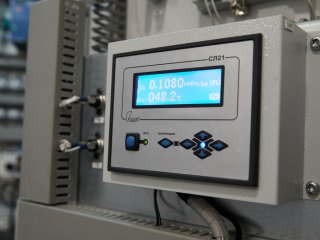 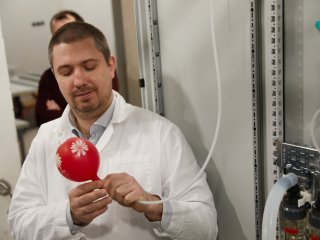 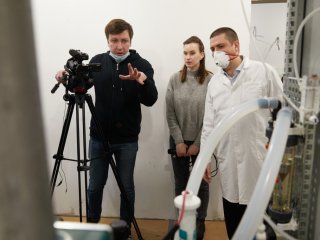 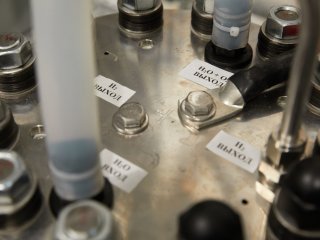 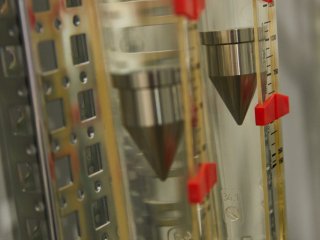 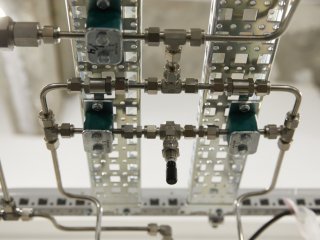 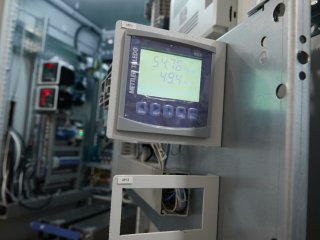 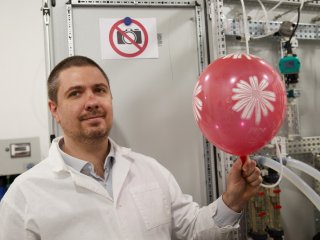 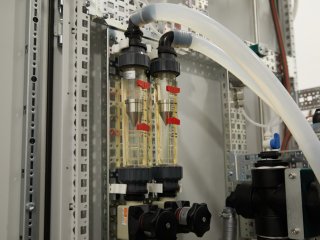 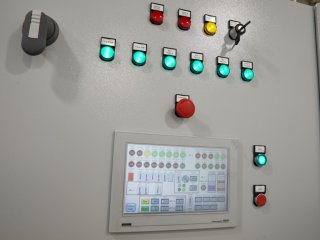 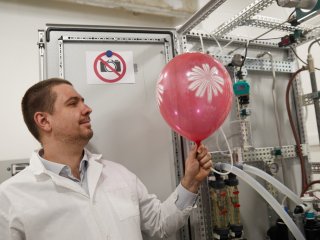 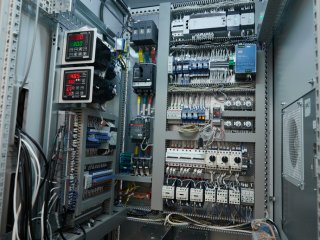