The specific characteristics of the regions of the Far East (harsh climatic and natural conditions, remoteness of territories, and insufficiently developed road infrastructure) significantly affect living conditions, in particular, people's self-fulfillment, their social and economic living standards, and, most importantly, their sphere of labor and employment. These factors shape migratory attitudes in society and cause an outflow of the local population to the western (near-peripheral) and southern regions of our country, which inevitably leads to negative demographic dynamics and increasing depopulation in the Far East.

Sociologists from the Far Eastern Federal University (FEFU) in Vladivostok conduct empirical research to identify the causes of internal migration, such as determining indicators of social well-being/ill-being, demographic and economic development, tracking population dynamics, and the state of labor migration. Researchers identify problems, major trends, and prospects for the socio-economic development of small towns in the FEFD.

Anna Viktorovna Vinokurova, candidate of sociological sciences, associate professor at the Department of Social Sciences of the Far Eastern Federal University (Federal State Autonomous Educational Institution for Higher Education, Vladivostok) spoke about the ongoing sociological research that has been conducted to identify the current problem and the reasons for the regular outflow of residents of the Far Eastern regions, the so-called "western drift," due to the lack of opportunities to meet the basic life needs.

Anna Vinokurova has spent 20 years studying family problems in the context of the transformation of modern society as well as changes in living standards and quality of life, since 2015 she has focused on the problems of migrant families, and later – migration trends of border regions. Her last year's study "Life on the Frontier: Migration and Mobility in the Borderlands" not only provided information on the migration and demographic situation, but also assessed socio-economic factors in the development of the Far Eastern regions of the Russian-Chinese borderland.

This year, a study on migration problems caused by the outflow of the local population was conducted under the leadership of Anna Vinokurova, which was part of the short-term RFBR grant project "The Far East: To Leave For or From" (April to December 2021). In addition to FEFU staff, the project team included colleagues from MK Ammosov North-Eastern Federal University (Yakutsk) and the Federal Research Sociological Center of the Russian Academy of Sciences (Moscow) that have long-standing cooperation with the University. Seven of the 11 regions in the Far Eastern Federal District (Amur Region, Jewish Autonomous Oblast, Trans-Baikal Territory, Kamchatka Territory, Magadan Region, Primorsky Krai, Republic of Buryatia, Republic of Sakha (Yakutia), Sakhalin Region, Khabarovsk Krai, Chukotka Autonomous Okrug) were selected for the study; the researchers conducted focus groups with students and interviews with experts (journalists, representatives of regional and municipal authorities, community activists, representatives of the academic community, and the business community). The researchers managed to identify a number of difficulties associated with the problems of physical and spiritual reproduction of the population of the Far Eastern Federal District that provoke an increase in migratory trends.

Compiled by A. Vinokurova based on Rosstat data.

The infographics show that almost all the Far East cities experienced negative migration dynamics in 2019. More people leave than arrive. The only exceptions are Yuzhno-Sakhalinsk and Nakhodka, where the migration growth is positive. But the question is still open: will these cities be able to maintain this positive trend in the future? And also, about other cities: will it be possible to reverse the negative migration dynamics? In general, we see an influx of population from peripheral regional territories (primarily villages) to regional capitals. But the inflow of village migrants does not cover the migration outflow, i.e., residents of regional capitals migrate further – to the western regions of our country.

"We have covered very different social groups in our research, but people mention the same problem – lack of work and decent salary. All regions, with the exception of Yakutia and the Republic of Buryatia, experience an outflow, primarily for this reason. Besides, the regions experience deep depopulation, the main reasons are high cost of living and lack of quality medical care," Anna Vinokurova stressed.

According to FEFU researcher, "regional and federal policies do not contribute to the consolidation of population in the Far Eastern territories. Let's look at the example of Vladivostok in 2019: about 18 thousand people lost their jobs due to the migration outflow and about 17 thousand people arrived. The internal migration from peripheral areas to regional capitals and labor (rotational) migration does not cover the outflow of local residents to the western, more socially and economically prosperous, regions of the country."

What regions of the country do people from the Far East leave for?

"These territories are somewhat similar to Primorsky Krai: the Crimea, Krasnodar Krai, as well as Kaliningrad, St. Petersburg, and other cities located on the coast of the Black, Azov, and Baltic Seas," the scientist specified.

Table compiled by A. Vinokurova on the basis of Primorskstat data

It is shown that the main trajectory of migration movement is mainly connected with leaving for the western regions of the Russian Federation. The majority go to the Central Federal District, mostly to Moscow and the Moscow region. But if we look at the amount of people leaving, more people leave for the SFD and NWFD: Krasnodar Krai, Kaliningrad, other cities of the Black and Baltic Sea coasts. People choose a new place of residence based on two parameters: proximity to the capital (Moscow) and relatively inexpensive life. In other words, not exactly Moscow, but the adjacent territories.

Why did such an unfortunate situation come about?

"Unfortunately, the measures taken by the government are only of a targeted nature and have no serious results: for example, preferential mortgages for the development of the Far Eastern territories have only resulted in an incredible increase in the price of a square meter. Speaking of the "Far Eastern hectare," I asked people who were considering this option of land development: how do they evaluate the possible prospects in terms of using their preferences? They understand that the remoteness of the land affects the possibility of improvement, primarily because there is no electricity, no well-developed social infrastructure, and no transportation links. For the most part, representatives of the business community do not receive any special preferences. The same applies to the "Program of assistance to resettlement of compatriots living abroad"; it was announced that 300,000 people will be resettled, but so far only 3000 have arrived, demonstrating the low effectiveness of this program. All these measures to attract people to the Far East do not work. It is necessary to direct efforts on preserving and consolidating the population in this territory. After all, the expectations of the local population are simple – decent salary, high-quality and accessible medicine, and a developed social infrastructure. Unless there is a possibility to have schools for children, to earn money, to have comfortable living conditions, people would leave. Now there are airfare subsidies, but flight rates to nearest cities and regions is the same as for long-distance flights, which also creates a gap between the regions. There is no developed high-speed rail connection between the regions in the FEFD, yet passenger traffic is not high enough to develop and maintain the transport network. This year, at the Eastern Economic Forum, they discussed an idea: to build new cities and organize new points of growth. Why? We have cities. Let's revive them!" Anna Vinokurova expressed her opinion.

Compiled by A. Vinokurova on the basis of research data.

Diagram Explanation: the survey was conducted with 898 participants in 2020. Almost two thirds of the respondents consider the Far East to be an underdeveloped region.

Is there any fundamental difference between the phenomenon of internal migration in the Far East and, for example, in the Siberian region?

"There are no fundamental differences in this regard. Siberia also has long distances and harsh climatic conditions. But there are some big cities like Krasnoyarsk, Omsk, Novosibirsk, the centers of the Siberian region.

Generally speaking, we cannot say that the outflow is only characteristic for the Far East. The resettlement is of a regional character. If residents do not have sufficient opportunities in terms of self-fulfillment, career growth, the prospect of higher income, education, organization of their leisure time, – it all stimulates migration processes. If you do not develop the region, it can become a reason for internal migration. Sometimes parents go after their children to support their families, and sometimes they encourage their children to have better prospects and more comfortable living conditions in another region," the researcher commented.

Moreover, FEFU scientists found out that sometimes the main reason is not that residents are looking for future prospects and a place to live, where they can apply their skills and competencies more profitably. The phenomenon of internal migration is also associated with "returning home" (not the local Far East residents, but those who worked and served here during the Soviet period, who remained and got married). People strive to restore contacts and ties with close relatives that were broken long time ago or got lost.

Is there an inflow of population due to migration from other Russian regions to the Far East?

"People come to the Far East region to earn money on a rotation basis. So, in 2020, there were almost 6000 more people coming to Yakutia than leaving the region, but it doesn't mean that they stayed here. They came to earn money and later will return to their places of residence. The same applies to other regions: people come for a short period to solve their current problems. Maybe we should focus on the native population, rather than on attracting new people?

As for foreign migrants, the Chinese are no longer a dominant group of labor migrants, because both Russian and Chinese laws have changed. The released labor force is becoming sought-after within the PRC. However, citizens of Uzbekistan, Kyrgyzstan, and Tajikistan come here very actively and take every opportunity to earn money, they occupy their niche and solve their financial problems. The local population does not mind them. They understand that they do not compete with migrants as they take up jobs which locals don't," the scientist explained.

Compiled by A. Vinokurova on the basis of Rosstat data.

Table Explanation. There has been a steady decline in the population of the Far East over the past 30 years, due to both natural decline and migratory outflows. All regions experience deep depopulation. Since 2011, only two regions: the Republic of Buryatia and the Republic of Sakha (Yakutia) have managed to reverse the situation, showing positive demographic dynamics.

What can stimulate return migration? What recommendations can you give to curb the migration outflow?

"It will be impossible to attract people from other regions massively and extensively. What needs to be done is preserving and retaining the local population. We can attract migrant workers for the development of the region; however, in order to avoid problems with the retention of local personnel, we must understand who we attract and what jobs and areas of production we offer," Anna Vinokurova confirmed.

Thus, increasing the attractiveness of the Far East territories for living, namely, creating favorable living conditions (education, jobs, healthcare, and culture) for the local population, should become a priority in planning a targeted regional socio-economic policy, and only then the Far East can actually become a testing ground for practicing new ideas of economic development, science, and innovative technologies. 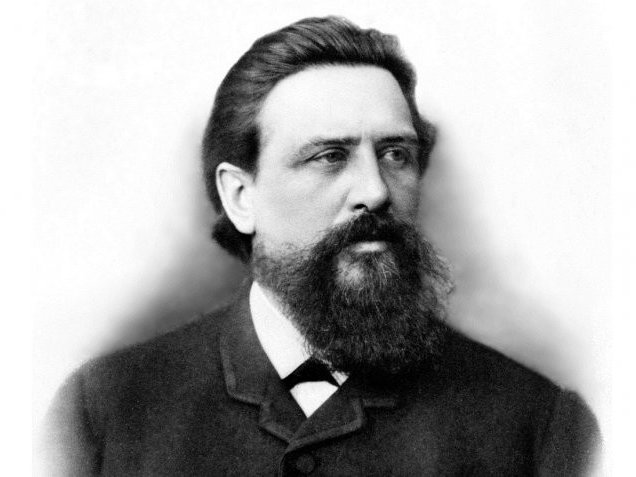