The Power of Bread. Why Does Bread Remain the No.1 Product?

This year our country celebrates the 76th anniversary of Victory in World War II. 77 years ago, in January 1944, Leningrad (St. Petersburg) was freed from the terrible siege. People fought for their lives daily, and not only the military participated in this battle.

What were the ingredients of the siege bread that saved the lives of thousands of people? What myths about bread exist today and why are we seeing a boom in home baking? Marina Nikolaevna Kostyuchenko, director of the Research Institute of the Baking Industry, candidate of technical sciences, answered this and many other questions.

─ Is it true that there is no single recipe for siege bread? And scientists had to create new bread recipes almost every day?

─ Yes, there is no single recipe for siege bread: they varied depending on what raw materials were available. There were many different recipes. Our scientists were adjusting the recipes almost daily, I mean they were changing and adapting them depending on the raw materials that came into production. The technologies were modified as well; since the use of unconventional raw materials changes both the properties of the dough and the quality of the bread, the task of the technologists was to make high quality bread, even during the siege. That is why cooking methods, dough fermentation methods, baking time, and baking temperature were changing. All these things had to be constantly adjusted, and our scientists coped with these problems successfully.

─So, they constantly had to figure out what to replace the wheat and rye flour with?

─ When the Siege of Leningrad began, everyone understood that the food supplies would run out and people would need something to eat. It was decided to make rye bread from whole-wheat rye flour. But since stocks of whole-wheat rye flour were also limited, it was occasionally substituted with other ingredients, such as corn flour, oat flour, buckwheat flour and so on. So, they began to use oilcake, soybean meal or sunflower seed cake and other crops, even coconut oilcake was used. But there was never any sawdust in the recipes of the siege bread! This is only a myth. If we talk about sunflower seed cake, we see the inclusion of seed shells there, but such inclusions are still present in baked goods today.

During the war rye bread was made with sourdough from pure cultures, which at that time had already been isolated from spontaneous fermentation sourdough. The laboratories kept pure cultures of lactic acid bacteria and yeast, which could be used for making siege bread.

At that time our laboratories actually operated in the barracks: they carried out work on the search for substitutes and the development of bread-making technology under enemy shelling and bombing. Olga Valdemarovna Afanasyeva, a former employee of the RIBI branch, whose childhood was spent in the years of the siege, recalled what her mother Zinaida Ivanovna Schmidt did; when she was leaving the laboratory for her furlough, she carried a set of pure cultures of sourdough microorganisms in her bosom, warming them up from the frost. She did that to save them in case the laboratory was bombed.

The Germans bombed Leningrad with German precision, at the same time precisely every day; this precision allowed the inhabitants of the besieged Leningrad to adjust to the rhythm of the bombing and plan their actions.

─ Did they use non-food raw materials for making bread like birch twigs, pine bark, etc.?

─ Yes. During the hardest periods of the siege, from October 20 to December 25, 1941 they tried to use different raw materials, even non-food ones. They used pine bark and birch twigs and even hydrocellulose – in small quantities, not more than five percent. Of course, everything was milled. The Kirov mill, which also operated at the time, milled these raw materials and turned them into flour to be used in the form of additives for making bread.

When spring came, they also used various herbs. Seeds of wild herbs were used in the composition of the siege bread, and it helped to increase its nutritional value, to enrich it with biologically active substances. Today we also add non-traditional ingredients in the composition of bread formulas, which allow us to create new types of specialized, enriched, functional product.

─ So, during the siege bread was not an “empty” product? Was it still nutritious, and people could live off this bread for months alone?

─ And, as far as I know, even one of the GOSTs had to be called off because of such high humidity?

─ Yes, the GOSTs contain requirements for the humidity of cooked products, and it should not exceed a certain norm. But during the siege period, in order for the bread to be moister, they had to neglect this, of course. The most important thing here is that the yield of bread increased by two kilograms. It means that it was possible to get two kilos more of bread from one hundred kilos of flour due to the use of this brew and due to the increase of moisture, and two kilos is 16 lives!

One kilogram of siege bread contained eight slices of 125 grams each. Accordingly, 2 kilograms is 16 additional pieces of bread, 16 saved lives.

─ Today the whole world is going through a very difficult period, the COVID-19 pandemic. How did it affect the baking industry?

─ The pandemic must have affected all industries and all people who inhabit the earth. Of course, bread as a staple product that is consumed everywhere by billions of people every day, regardless of their age and social status. During the pandemic, the sales of bakery products, which are actually staple products, have slightly increased; however, according to Rosstat, there was no drastic increase in sales. However other trends – like home baking – emerged. Due to the fact that many people became isolated, the sales of baking machines increased by 300 in the first months of the pandemic! It was a real home-baking boom.

─ What bread would you call the most difficult to make?

─ The famous Borodinsky bread, for example. It is one of the most difficult types of bread to make, because it made of autolyse, it has several recipes, and it also includes sugar and molasses. It is very difficult to make Borodinsky bread according to the classic technology at home. Moreover, even not all bakeries can provide its classic cooking, because it requires a special autolyse to be prepared, which must be saccharified for a certain period of time. This bread is cooked on sourdough for a very long time. Large industrial plants, of course, invest heavily to provide the classic technology.

─ What are some other myths about the bread?

─ There are a lot of them. Recently, we have seen a growth of unprofessionalism: there are a huge number of pseudo-experts on the Internet, especially in the field of nutrition, who give people unconfirmed information. Perhaps there is a decrease in the level of education, and our young people have no basic knowledge about nutrients and food composition – that's why all these myths easily catch on with the population. For example, the crazy myth about the side effects of yeast. Yeast are microorganisms, living cells that die at temperatures around 50-60 degrees Celsius. Yeast microflora, just like any other microflora, dies off in the bread. We can say that all the bread we eat is yeast-free.

Our institute has repeatedly conducted studies on this subject and made crops. We placed baked, fresh and cooled bread in an environment conducive to yeast development. So, yeast cells do not grow there, they die in the process of baking. A basic knowledge of microorganisms helps us evaluate the situation more sensibly and understand that we should not believe everything that is broadcast by pseudo-experts of good nutrition. There is no live yeast or lactic acid bacteria in the cooked bread, which means that nothing can ferment in the body, and certainly yeast in bread cannot cause any harm, nor provoke cancer.

Another common myth is that fibrin and gluten are harmful to the body and gluten sticks to the walls of the stomach. Gluten is one of the indicators of the quality of wheat flour, and it is the main protein in flour. It consists of gliadin, glutamine, and thanks to gluten, wheat flour bread has such excellent physical properties: it is voluminous, resilient, able to recover its shape. Yes, the bread forms a crumb, but it is a protein, which means it folds when baked. It is impossible to turn the crumb back into gluten. This is completely inconsistent with common sense and all biochemical processes.

─ Is bread still one of the basic foods for getting the nutrients we need?

─ Absolutely. Moreover, bread is an amazing product that never gets tedious. It is consumed throughout life, but it never gets boring. Anything can get boring, but bread never does.

The porous structure of the bread makes it very digestible, both the bread itself and the foods eaten with it. Chewing and mixing some foods with bread increases the digestibility of any type of food. In addition, bread is a source of carbohydrates, of course, which everyone suddenly became afraid of for some reason. Trendy carbohydrate-free diets have no scientific basis, because carbohydrates give us energy, just like proteins and fats.

Bread is a basic source of protein. Unfortunately, a large part of our population cannot afford a varied diet, which includes fish, meat in sufficient amounts, vegetables, and fruits, so bread is the main product and the main source of protein and B vitamins, iron, potassium, magnesium, dietary fiber. Bread covers half of the daily requirement for dietary fiber, and one-third for protein! A rational and healthy diet is impossible without bread. Bread is the basis for a healthy diet, and all the classical nutritionists confirm this, but pseudo-dietologists say that bread should be excluded from the diet. No therapeutic diet, even the strictest in terms of calories, does not exclude the consumption of bread, but only limits its quantity. Therefore, recommendations about the need to give it up, which are distributed today from the pages of fashionable glossy magazines, have no scientific basis whatsoever.

This interview was conducted with the support of the Ministry of Science and Higher Education of the Russian Federation and the Russian Academy of Sciences. 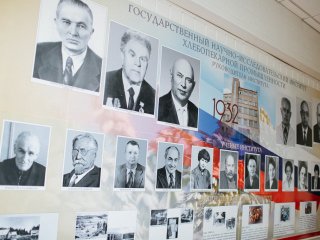 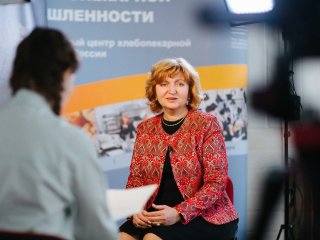 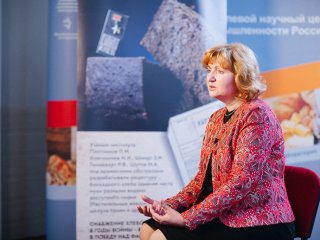 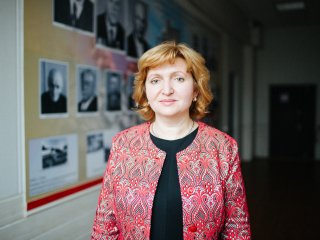 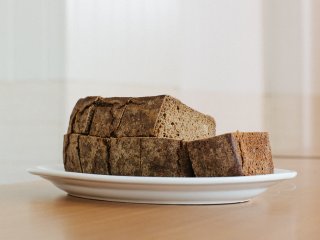 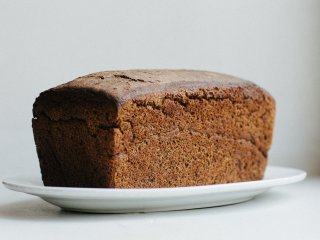 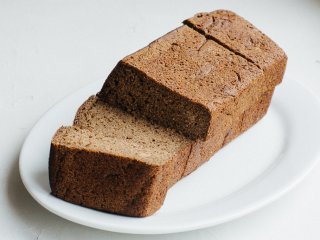 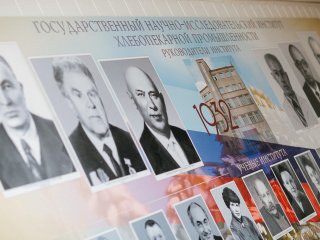 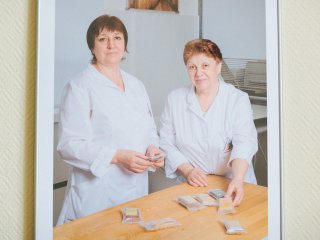 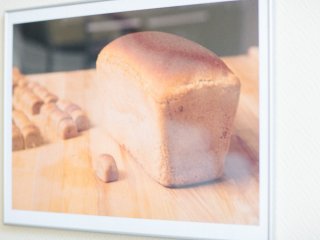 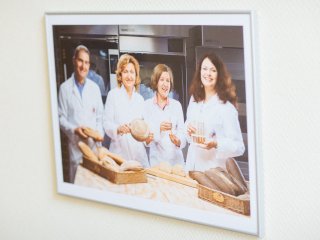 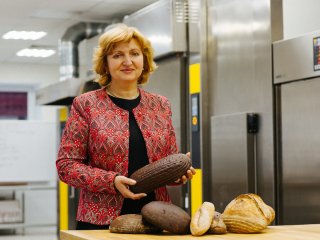 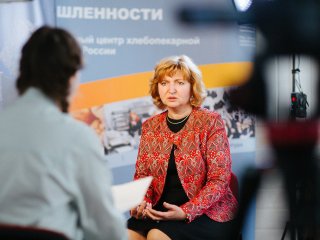 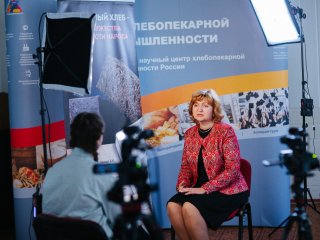 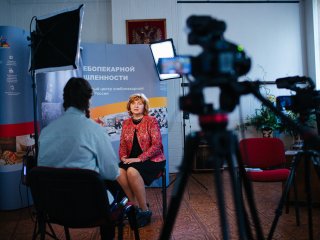 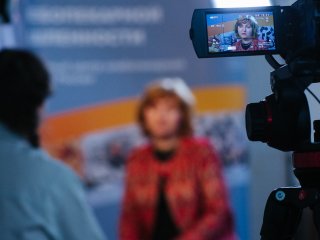 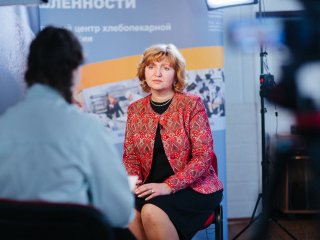 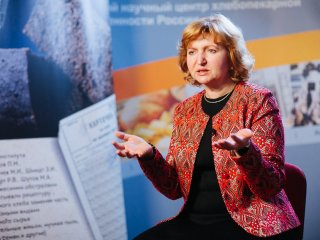 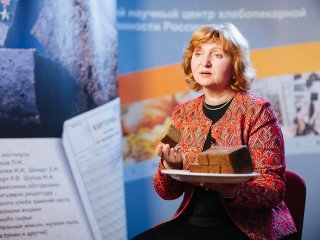 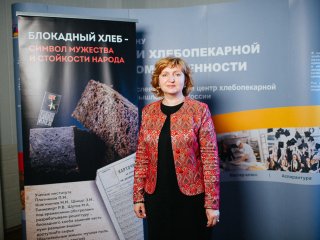 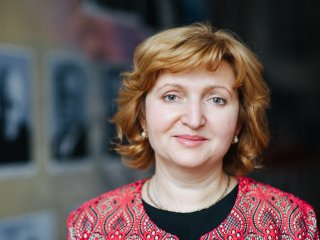