From Antiparticles to Antiworlds. An Interview with Professor Alexander Dolgov about Antimatter

If negative electricity exists, then why shouldn’t there be negatively charged gold, the same yellow, with the same melting point and with the same spectrum?
Arthur Schuster (1898)

Astronomical observations of recent years strongly suggest that our galaxy, the Milky Way, is heavily populated by antimatter. In their properties, antiparticles are the opposite of our matter, common elementary particles. The discovery of antimatter is considered to be one of the most important events in physics in the 20th century. But what do we know about antimatter today? We asked this question to Alexander Dolgov, Dr. Sc. (Phys.-Math.), Professor, Director of the Novosibirsk State University Interdisciplinary Center of Elementary Particle Physics and Astrophysics.

― As the quantum field theory holds and experiments support it, there is an antiparticle for almost every elementary particle. For example, for proton, there is antiproton, a particle with the same mass and spin. Everything is the same about proton and antiproton except the electric charges, which are of opposite signs. But there are such “self-sufficient” particles, which do not have any antiparticles. For example, neutral photon, graviton, or pi meson, for which there is no pair. Probably the most well-known pair of a particle and an antiparticle, that is, of matter and antimatter, is electron and positron. Positron was the first-ever antiparticle predicted and discovered. The theoretical justification of the positron existence was first offered by Paul Dirac in 1928. Three years later, this antiparticle was first discovered in an experiment by the American physicist Carl Anderson.

― And to this day, as far as I know, positron is the easiest antiparticle to produce in an experiment.

― Yes. Interestingly, positron has a very small mass, which is 2,000 times less than that of proton. Therefore, positrons are born in collisions of particles without big problems. They are also born, albeit in small quantity, in cosmic rays. A colossal and unexpectedly high beam of positrons comes from the center of our galaxy. It was first discovered by the Russian-Italian Pamela satellite about ten years ago and, then, with greater accuracy, by the antimatter spectrometer aboard the Mir space station. Particles and antiparticles annihilate each other, producing a huge amount of energy. For example, one gram of protons and one gram of antiprotons annihilated produce approximately the same amount of energy as a nuclear bomb.

― Can we say that all our matter appeared thanks to an error in a way? In the early universe, as we know, there was only one extra particle of matter per every billion particles and antiparticles, and so the entire world we see around appeared from such “error.”

― Galaxies made of antimatter? Interesting!

― Yes. Probably, not even galaxies, but rather entire galaxy clusters, which are very far away from us, billions of light years away.

― So, they cannot annihilate us in the foreseeable future, can they?

― Fortunately, no. The canonical scheme tells us that there are galaxy clusters, composed entirely of matter or antimatter, but they are very far apart from each other, as I said. Observations of recent years strongly suggest that our Milky Way is heavily populated by antimatter. This discovery became a true sensation for scientists. No one but us predicted it or believed it was possible at all. My colleagues and I predicted the existence of such objects back in 1993. This idea was further developed in 2009. Just six months ago, objects were discovered that, as scientists claim, appear to be antistars. These stars are in the cloud of our galactic gas. The density of such galactic gas is approximately one proton per cubic centimeter, which allowed astronomers to observe the annihilation of protons with antiprotons in these stars by the electromagnetic high-energy radiation. Protons from the interstellar gas fall on the surface of this star, annihilate, and release photons with energy of about 500 million electronvolts. There are some high-energy photons, the origin of which would be normally unclear. In their work, researchers discuss the redundant radiation of such energetic photons, the natural explanation for which could be the fact that the star consists of antimatter.

According to our studies, there can be quite a few antistars in the galaxy, as the annihilation process is fairly weak out there. Technically, we can study an antistar with a telescope. There are ways to determine that what we see is an antistar and not something else: an antistar must have a peculiar chemical composition and so on. But the above-mentioned scientists have not focused on this just yet. They just scanned the entire sky and found those interesting unusual objects.

― Why cannot we generate the baryon asymmetry with the help of the Large Hadron Collider? Why can’t we get this extra particle of matter per billion particles and antiparticles like in the early universe?

― The Large Hadron Collider (LHC) is used to collide particles with the energy of about teraelectronvolt, that is, with energy thousand times higher than the rest energy of proton. Meanwhile, according to classical schemes, where this generation of particles over antiparticles takes place, there should be far higher energies. With low energies, the number of baryons minus the number of antibaryons remains the same, it doesn’t change. Generating an extra particle requires much higher energies. The LHC energy is simply not enough ― it should be 10 billion times higher! Only then this extra particle of matter can be born. However, there are other schemes where formation of extra particles of matter is possible under lower energies, but they still should be well above those we have at the LHC.

― How distant is the past, the glimpses of which the LHC has provided so far?

― In your model, formation of antistars, antiobjects, is described as a byproduct of formation of primordial black holes. Please tell us more about your research.

― Our theory predicts the existence of the so-called primordial black holes formed in the very early universe, which, at that time, only existed for one ten-thousandth of a second after the Big Bang. We have predicted the mass spectrum of these primordial black holes (that is, the quantity of these black holes as a mass function) ― the so-called lognormal spectrum, which agrees perfectly with the observational data. By the way, this is the only spectrum of black holes, which can be tested experimentally.

― And how do these primordial black holes relate to antimatter

― The thing is that, according to our theory, along with those early black holes, there formed a small number of compact antistars. In the galaxies of our universe, we can see a great deal of strange stars, which may well be antistars. They move at a very high speed. It appears that such stars were not born in this galaxy but “sneaked” into it for a while and are now leaving: that is, they cannot be held by the gravitational field of the galaxy or their own gravitational field.

According to our theory, the same mechanism can be used to form both black holes and antistars. Just as I said, this scheme perfectly agrees with the experiment and as far as I’m concerned, this is a very strong argument in favor of our model. The data we are getting is highly promising, but there are still many questions.

― A very good question. Most likely yes, I think. It appears that the double-stranded DNA is the same both for matter and antimatter. If there are any differences, they must be minor. I think life and antilife would be virtually indistinguishable.

Antiworlds are not just sets of antiparticles but star and planetary systems, that is, places where antilife could generally appear. There are antiparticles beyond any doubt, but the question remains if there are antiworlds in the universe. There is no consensus on this matter today.

― Do you think we will ever be able to know what was before the inflationary stage, which presumably preceded the hot Big Bang?

― You know people write articles on what could be before the inflation and how we can discover it. But the thing is, this expanding emptiness blurs everything, leaving us clueless. According to Alexei Starobinsky, inflation has the so-called hairs or additional characteristics, which we might be able to see one day. It is all model-dependent though, that is, the answer depends on a specific theory and varies accordingly. The emptiness spread and we have no traces of the past left. I think Starobinsky is correct. He is a qualified specialist and should not be wrong in such questions. But I still insist, mistakenly perhaps, that this is a model-dependent thing.

The interview was taken with the support of the Ministry of Science and Higher Education of the Russian Federation and the Russian Academy of Sciences. 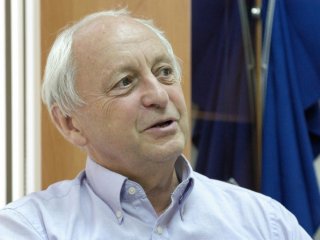 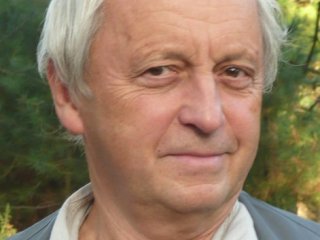 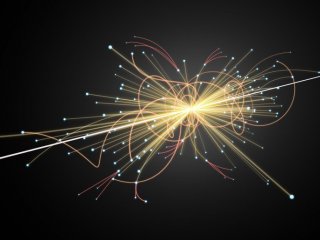 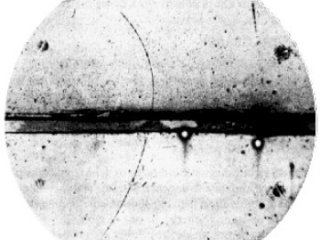