─ Valentin Viktorovich, it would seem, what kind of agriculture can there be in the North? But the experience of the Arkhangelsk Oblast shows that impressive results can be achieved in the conditions of the Russian Arctic.

─ Indeed, when it comes to agriculture, the north of Russia has never been really noticed at the state level before. The Soviet authorities believed that the main task of the Arkhangelsk Oblast was to supply timber products abroad, which were sold in huge quantities and brought good export earnings. Agriculture was given the most modest attention, the provision of the region went through the system of military trades and the supply departments of foresters and timber processors. But when perestroika began, the question arose that it was necessary to restore the food security of the country, to provide its territory with its own products. At that time, I had just come to the Arkhangelsk Oblast to the position of deputy head of administration for agriculture and chairman of the Agro-Industrial Union. The task that the government of the region set for itself at that time was the development of agriculture on a new basis. A serious supporting document was the Program for the Development of the Non-Chernozem Zone of the Russian Federation, which covered the entire northwest of Russia, including the Arkhangelsk Oblast.

Gradually, the construction of new livestock complexes in the Arkhangelsk Oblast began: about a hundred of them were built during this time. For the first time in a long while, cattle began to be kept in good conditions, new standards began to be met and new technologies for its maintenance were being worked out. Special attention was paid to the development of reindeer husbandry, deer development, etc. began to be monitored. A program for artificial insemination of deer was also developed.

Much attention has been paid to the development of the feed base in animal husbandry. Fortunately, we had something to rely on here, because the Kotlas Experimental Station had been operating in the region since 1924. In addition, by this time we already had the Kholmogorskaya Experimental Station, where we were seriously engaged in animal husbandry and pasture crops for fodder production.

─ Can we say that the Kholmogorsky cattle, bred back in the 17th century for keeping in the conditions of the Russian North, is one of the main brands of the Arkhangelsk Oblast?

─ Indeed. The famous Kholmogorka is our pride. This is a unique dairy breed of cattle, adapted to life in the North. Today, cows of the Kholmogorsky breed are kept in 11 subjects of the Russian Federation, they occupy 3rd place in terms of milk yield out of 26 dairy breeds in Russia. Our Kholmogorsky cows are adapted to harsh climatic conditions and are less prone to diseases. This is a very unpretentious animal, which over the past 200 years has repeatedly rescued our country in times of famine.

In recent years, Arkhangelsk breeders, under the guidance of Doctor of Agricultural Sciences Valentin Petrovich Prozherin, Head of the Laboratory for Assessing the Breeding Value of Animals in our Research Institute, have done a lot of work on inbreeding kholmogorka with holsteins. As a result, a new type of kholmogorka – “Northern” was obtained. At the same time, we had to solve a whole range of issues to increase the productivity of our animals almost three times, and today we are in the top ten in this indicator in Russia. It should be borne in mind that the Kholmogorka, unlike other breeds, is not subject to absorption crossing, in which the original breed is transformed into another within several generations, and this is prohibited by all documents of the Ministry of Agriculture and Russian breeding services.

─ I heard that you have tried a variety of ways to improve the productivity and conditions of keeping animals, even playing classical music to cows. Is it true?

─ Yes, there was such a thing. For 15 years I headed the Koryazhemsky Sovkhoz in the Arkhangelsk Oblast. This sovkhoz was one of the exemplary ones. Many people would visit us to see our cows. In the late 70s – early 80s, scientific evidence was obtained that the more comfortable an animal feels, the more attuned it is to the giving the products that are expected from it: in our case, milk. Therefore, yes, we began to cultivate some relaxation moments: there were speakers in the courtyard, from which classical music was broadcast.

─ And did it help?

─ You know, yes. Our specialists measured on a daily basis the number of milk yields from each cow and noted positive dynamics. A cow, like any other creature, being in a comfortable environment, begins to feel very good. As for the repertoire, then, of course, there could be no question of including rock, for example. I think it could have made the animals worse, on the contrary. It should be only classical, time-tested music.

─ Your scientists are also studying the origin and breeding value of cows.

─ Yes. Previously, we used the method of immunogenetics, determining the mother and father of the animal, its origin. It is very important to have information about at least 3-4 generations of cows. Now we are entering the Eurasian platform, and recently, on a competitive basis, we won a laboratory for 10 people, where scientists will research the origin of animals using, in particular, DNA technologies. Thus, we hope that we will be able to identify and prepare our animals, due to many years of breeding, so that they give in-demand and high-quality milk – the so-called A2 Smart Milk, which is considered more useful for the human body, especially for children. Today, there are serious developments in this issue, and there are farms that are already entering the market with this in-demand product.

─ Let’s talk about another interesting direction – crop production. As far as I know, the Arkhangelsk land is so unique that they come to grow potatoes (another calling card of the region) here from other regions of the country, even from southern and central Russia.

─ Yes, speaking of crop production, it is really worth dwelling on potatoes, because it was in this direction that the greatest success was achieved. Perhaps the most undesirable phenomenon when you grow potatoes is exposure to harmful bacteria. So, if you take all this filth, excuse the rude word, for 100%, then the Arkhangelsk Oblast, in comparison with the rest of Russia, accounts only for 7-8%.

─ Exactly. Such are the features of our winters and our climate. I would like to add that our potato seed fund is rightfully considered one of the best in Russia. In general, Arkhangelsk potatoes grow well, are stored for a long time, and have a wonderful taste, so they are known throughout Russia, and even beyond its borders.

─ Of course, and it’s quite natural. Just like people, potatoes need the sun and its energy to grow. White nights give extra energy in the early stages of potato growth. Good hydration is also important. In general, they say that there are two places in Russia where the most beautiful potatoes grow – the Arkhangelsk Oblast and the foothills of the North Caucasus.

We have also achieved great success in growing perennial grasses, such as clover, whose seeds are rich in protein – this protein is especially good as a food base for animals. Our clover is in great demand among neighbors: the Republic of Karelia, the Vologda Oblast, etc. Now we are actively engaged in the cultivation of clover and are trying to restore the chain of selective production of our forage grasses, which existed earlier when clover seeds were produced not only by the Kotlas Experimental Station but by other farms as well. It’s not enough just to obtain seeds – they need to be reproduced somewhere, and for this, you need a network of partners. Fortunately, the Ministry of Agriculture of the Arkhangelsk Oblast supports our initiatives in this direction, and I think we will achieve good results soon.

The interview was conducted with the support of the Ministry of Science and Higher Education of the Russian Federation and the Russian Academy of Sciences.​ 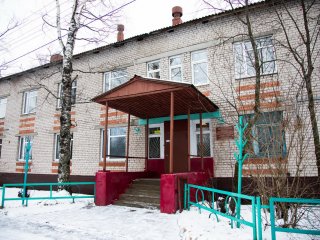 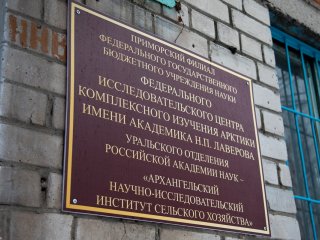 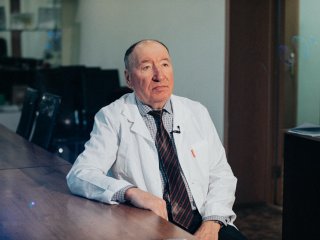 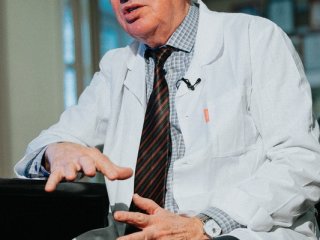 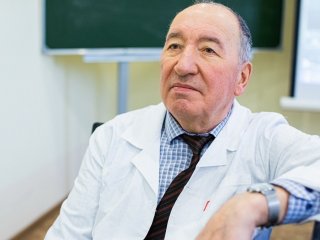 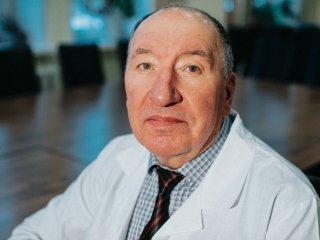 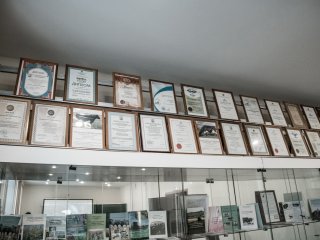 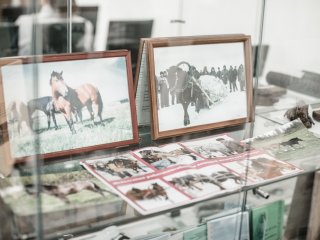 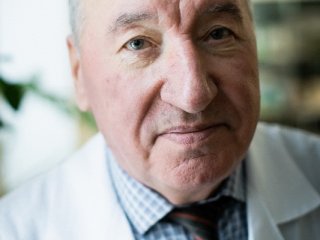 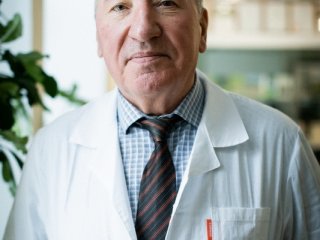 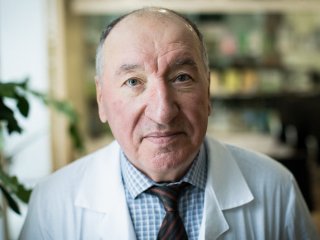 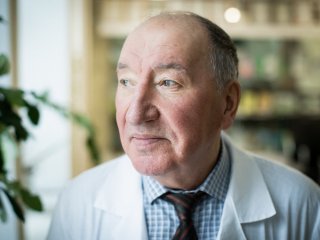 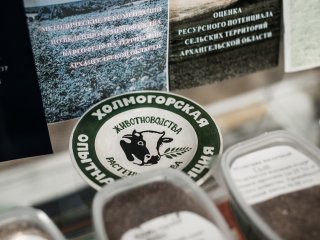 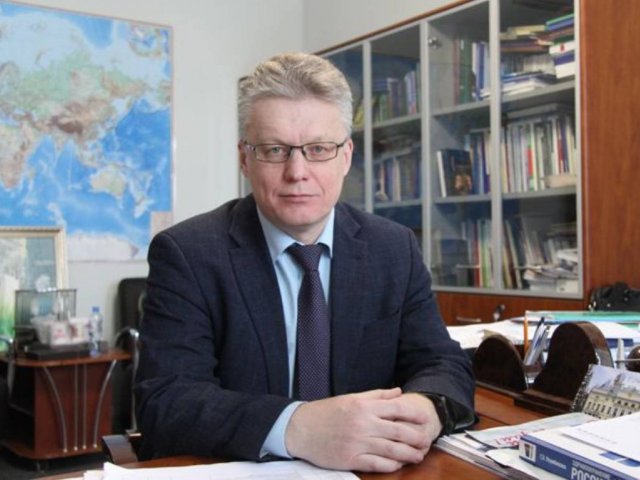