This year, the world is celebrating the 60th anniversary of the first manned space flight. Yury Gagarin’s success became possible thanks to the coordinated efforts of many people: physicists, mathematicians, engineers, designers and, of course, materials science specialists. Scientific Russia discussed the key milestones in the development of space and aviation material science with RAS Academician Yevgeny Kablov.

─ When VIAM opened in the early 1930s, it was the start of the establishment of a new science in the USSR ─ aviation materials science. Would you give us some details about it?

─ To develop the Soviet aviation industry, high-quality Soviet-made materials for airplanes and engines had to be created and successfully produced. The need for a centralized organization for material science research became obvious, and in 1932, the decision was made to create an institute that would develop unique materials for aviation and supervise their production and application in products. VIAM was initiated by outstanding Soviet scientists and designers, including by A. N. Tupolev, who realized that it was the material that determined the technology for manufacturing a product, its weight, strength, and other characteristics making it possible to implement the designer's idea. Using materials that were used in other industries was clearly impossible, because the main requirements regarding material for aircraft are about their specific strength and specific elasticity: the material must be light but very strong, including in terms of heat resistance.

I know that 95% of all materials used to create Soviet aviation, rocket and space equipment came from VIAM. Essentially, it was thanks to the projects of our Institute that the Soviet Union succeeded in creating the first atomic reactor in 1946.

Then the institute supported the implementation of the excellent idea of Academician I. K. Kikoin, who suggested a gaseous centrifuge enrichment plant for uranium enrichment. The objective was to create a material as dense as aluminum and as strong as steel – the rotary speed of the centrifuge was indeed very high ─ up to 1,300 revolutions per second! VIAM managed to solve the problem. The institute developed high-duty aluminum alloy, which made it possible to implement the gaseous centrifuge-based uranium enrichment technology and the method of Academician Kikoin.

Then, there was another work of unprecedented magnitude ─ the creation of a special alloy of zirconium and niobium for nuclear reactor fuel elements. The institute developed work processes to produce such fuel elements for the first industrial nuclear reactor and the power plant of the icebreaker Lenin.

VIAM created the first Soviet heat-resistant alloys for the blades of aircraft gas turbine engines. Such an alloy could sustain a colossal temperature – 1,000 degrees Celsius – while now we can easily work with 1,3000C.

There are 15 elements in the heat-resistant alloy, the core element being nickel. Imagine someone making a soup, throwing in potatoes, carrots, and other ingredients. In the same way, the scientists have to put 15 elements into the alloy in order to produce the necessary set of properties and ensure the high thermal stability of the structure under high temperatures and high tension.

When boarding a plane, many passengers never even think that they are going to fly on an aircraft with a gas turbine engine, where the temperature (when the turbine blades work, rotating in the gas stream and transforming the thermal energy of the gas into mechanical work of revolving rotor) is hundreds of degrees higher than the melting temperature! Isn’t this a miracle of scientific thought? It would seem that the blade has to melt. The unique heat-resistant alloy prevents that. All in all, the development of aircraft is a fight for higher temperatures in gas turbine engines. Materials and manufacturing processes for the blades play the key role; the blades material is cooled down drastically and it’s the blades that determine the engine reliability.

─ Did the Soviet Union complete all parts of the task using its own resources only?

─ That’s right. The development of the gas turbine engine industry was largely made possible by the fact that the Soviet Union did not depend on foreign manufacturers in any way. Neither in process technology, nor in the equipment itself. In the 1990s, the American General Electric made an assessment of the blade casting technologies developed by VIAM. The American experts wrote in their report that the technology for manufacturing high-gradient single-crystal blades was 30 times more efficient than the counterpart technologies used in the West, including the USA.

─ This year, we are celebrating the 60th anniversary of the first manned space flight, while VIAM made a great contribution to the creation of materials and technologies for the space industry, right?

─ Yes, it’s true: without the materials from VIAM, the space rocket equipment that made the USSR the pioneer of space exploration could hardly be created. It took a great number of new materials meeting certain strict requirements to build the first Soviet rocket and related units.

In 1946, a special top-secret document signed by Stalin was issued – the File of Particular Importance, which described the application of the jet propulsion principle in new items of military hardware and weapons. The document clearly distributed responsibility between organizations involved in the project, with a major role assigned to VIAM with regard to the development of heat-resistant and heat-shield material.

V. P. Glushko, a prominent scientist, the founder of the Soviet liquid-propellant rocket engine sector, pointed out in his book that if not for VIAM's work to create corrosion-proof steels, he would have never been able to create the best – as proven by now – liquid-propellant rocket engines such as RD 170. It feels good to know that our contribution has not been forgotten.

On April 12, 1961, R7 carrier rocket designed by Sergey Korolev, took off. Yuri Gagarin – the world's first cosmonaut – was onboard the spacecraft Vostok 1. His space flight became the most memorable event of the time, which demonstrated the superiority of the Soviet science, technologies, and industry. The day became part of the history of humanity forever.

I remember well the universal enthusiasm and joy of the entire people which had won the Great Patriotic War not so long before that. Pride, the feeling that I was a citizen of a great country, eagerness to learn to become a true specialist ─ all that played a role in my active interest in physics and mathematics, and determined by future path in science.

─ Is the overheating of space equipment still among the most relevant issues?

─ Could you tell us about the legendary Buran space program? Was VIAM directly involved in that project as well?

─ Yes, VIAM was an active participant in the implementation of Energia-Buran, which was a unique program. The project was launched after a lot of debate about its expediency. I would say that without Buran our country would have lost its strategic parity with the potential adversary ─ the USA ─ and would have become vulnerable to strikes from space. It was an adequate response to the American initiatives, and, first of all, to the Space Shuttle project.

Under the Buran project, VIAM was tasked with building complete thermal protection for the multiple-use space system. The main challenge was to create new heat-shield materials for the temperature range of -130 to 1,600 degrees Celsius. Such materials had to protect the most important structural elements of Buran, without deterioration and loss of geometric form at various flight stages, and protect the space crew as well.

The coating consisted of individual elements ─ tiles of heat-shield material made with high purity quartz fiber with the outer glass-like coating; the tiles were attached to the body of the Buran, with a damping felt padding glued to the tiles using elastic glue. The tiles were 90% air, which was necessary to minimize thermal conductivity. In order to protect joints between multilayered heat-shield elements, VIAM developed special “sealing strips.”

New grades of aluminum, titanium, heat-resistant alloys, high-strength steels and more were developed and introduced under the Energia-Buran program. All in all, VIAM created 39 entirely new materials and 230 technologies, but the most important thing was the heat-shield materials that were superior to the American analogs developed for the Space Shuttle system on a number of characteristics.

The Energia-Buran multiple-use space system was a major program in the history of Soviet and Russian space industry, involving 1,200 enterprises, design and research organizations, and 70 ministries and agencies. It cost 16 billion rubles and 18 years of laborious work. The implementation of this unique project was a most memorable international event, and predetermined solutions for a lot of sci-tech and practical problems.

─ What do you think makes material science different from other sciences? What are the special things about it?

─ In his meeting with students, President Putin once said that a material scientist was one of the most interesting professions in the science sector. He wished the young people to look into it, since material science encompasses knowledge of chemistry, physics, strength of materials, digital technologies, etc. A material scientist is someone who creates new knowledge and results, thus enabling the designer to implement their idea.

At VIAM, we have developed the Strategic Areas for Development of Materials and Material Processing Technologies 2030. This was not an assignment from the management, but we realized that we had to make a plan and have a clear picture of the problems to be solved. Wishes and needs of major state-owned corporations were taken into account as well. What’s important here is to follow the principle requiring a continuous chain “material – technology – design – equipment” plus digital technologies.

...I was lucky to have worked with many outstanding Chief Designers: the RAS Academicians N. D. Kuznetsov, A. M. Lyulka, G. V. Novozhilov, etc. All of them visited metallurgical works and chemical plants personally to see how things worked there; they listened to explanations and made decisions. It’s very hard to make decisions just based on information memos and reports. You have to immerse yourself in the topic completely and find out how things work – the entire process.

Today's science and the situation in the world requires a special focus on training chief designers. This profession is in high demand and vital. Therefore, higher education institutes have to change their approach to professional training, and that requires a certain environment. Students have to do internships at the enterprises that have the most advanced equipment, and be able to see the resulting innovations. A graduate in this field should be in demand; they should be hired and paid decent wages so that they are motivated to fulfill their potential and develop in their profession. We don’t have that so far. But we need that if we want leading positions in the world for Russian science and industry.

Interviewer: Yanina Khuzhina. The photos in the article, including the photo on the website homepage, were provided by the VIAM Press Office. 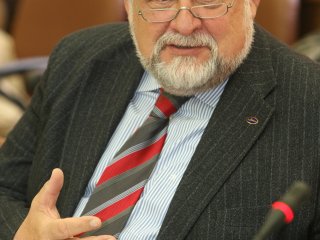 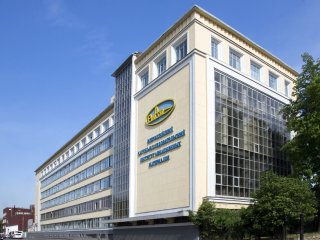 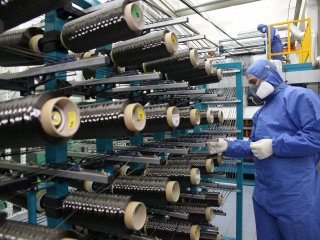 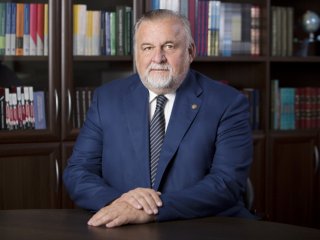 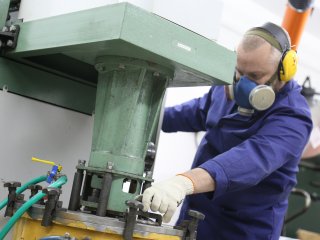 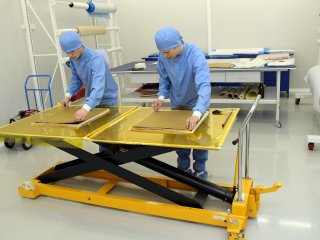 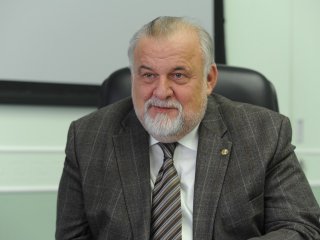 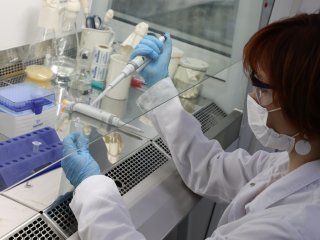 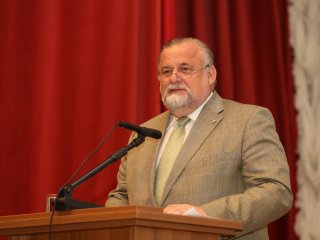 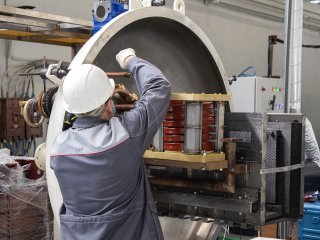 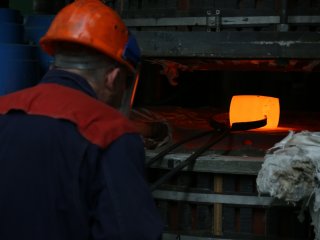 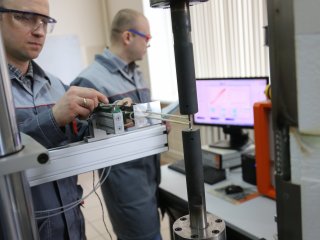 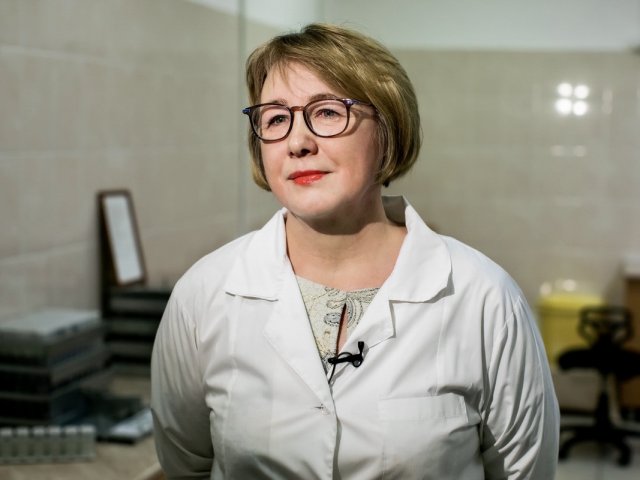 25.01.2022 13:00
17
Reindeer, Kholmogorsky Cattle, and Arkhangelsk Potatoes. Scientists of the Arkhangelsk Agricultural Research Institute Talk about the Development of the Industry in the Far North