Special prizes for promotion of the atom and space sectors and of the national project “Science and Universities” were presented on July 9 at the Presidium of the Organizing Committee of the 7th Russian National "Loyalty to Science" Award. The participants also discussed the progress of the application process, the prize fund, and the scaling up of the award.

During the Presidium meeting, Valeriy Falkov spoke of the scaling up of the award: “We are giving this award a special status in Year of Science and Technology. It’s the first time we convened the Organizing Committee of such a high level, with the participation of all sectors interested in the promotion of Russian science, i.e., state corporations, leading scientific research centers, government bodies, etc. I’d like to extend special thanks to the Charity Foundation “Art, Science, and Sport” for having supported the award for over five years and for their decision to increase the prize fund for the laureates,” the minister said.

Fatima Mukhomedzhan, Director of the foundation pointed out: “It’s good to see the award reaching a new level, a greater scale. Any award should “nurture” its audience: only then it’s going to become prestigious. The time of the Loyalty to Science Award has come. I’m sure that the Year of Science and Technology will give the award the chance to further expand and reach a new level. We are ready to support the award, be engaged in the process, and participate in all of its aspects.”

The state corporations Rosatom and Roscosmos, and the Autonomous Non-Profit Organization National Priorities will award special prizes to laureates

This year, the award includes 14 main nominations. Those include three special prizes: for promotion of national project “Science and Universities” and for promotion of space and atom sectors.

Aleksey Likhachyov presented a special prize for promotion of atom sector and suggested that the winner be awarded a trip to the North Pole on a nuclear-powered icebreaker as part of the expedition “Icebreaker of Knowledge” in August 2022. “Our special nomination is emphasizing the modern role of the nuclear industry, which turned 75 years old just recently. The high secrecy remained is thing of the past; we are open to society and really have something to show. I’m not just talking about mining and enrichment of uranium, nuclear power plants and hi-tech production companies. There are also social and cultural projects that are implemented in ‘atomic’ cities. Foreign platforms, closed ‘atomic’ cities, unique museums of the Soviet ‘nuclear project’, locations associated with the names of great scientists – we are ready to show all that and tell our guests about our work in great detail. As for the nominees, we're expecting interesting, impressive and professional reportage from them,” added the Director General of Rosatom.

Roscosmos is going to award a special prize – a trip to one of the cosmodromes: Vostochny or Baikonur. ANPO National Priorities will offer the winner in the special nomination – for promotion of the national project “Science and Universities” – the chance to implement their popular science project in a partnership with major scientific publications, with promotion in social media.

Application process for the Russian National "Loyalty to Science" Award


Yelena Druzhinina spoke of the progress of the application process for the Loyalty to Science Award. The largest number of applications have been submitted for the nomination “Best Science Education Project of the Year”, other popular nominations being “Special Award for Contribution to Promotion Among Scientists, Journalists, Educators and Public Figures”, and “Best Online Science Project”. The deputy minister gave a special mention to the quality of the applications for the nomination “Best Historical Truth Protection Project”. Applications for the award have been received from 38 regions of Russia, the leader being Moscow, followed by Saint Petersburg and Yekaterinburg, Kazan and Rostov-on-Don.

Applications for the 7th National "Loyalty to Science" Award can submitted till September 3, 2021 here: https://www.minobrnauki.gov.ru/press-center/zavernostnauke/.

The organizer of the award is the Ministry of Science and Higher Education of the Russian Federation, supported by partners of the event: the Russian Academy of Sciences, the National Research Center Kurchatov Institute, and Lomonosov Moscow State University. The award ceremony is scheduled for November 2021.

The "Loyalty to Science" Award event will be held as part of the Major Events Plan of Year of Science and Technology in the Russian Federation.

The information was provided by the Press Office of the Ministry of Science and Higher Education of the Russian Federation.

Photo by: Denis Zinovyev – Ministry of Science and Higher Education of the Russian Federation. 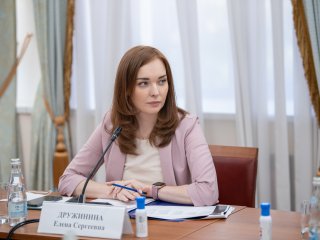 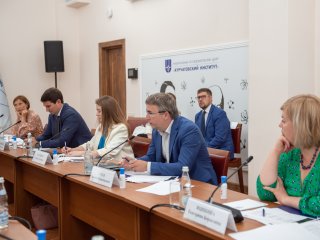 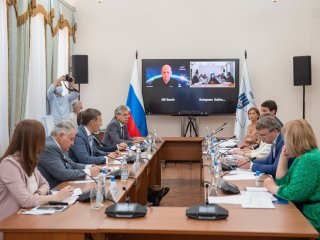 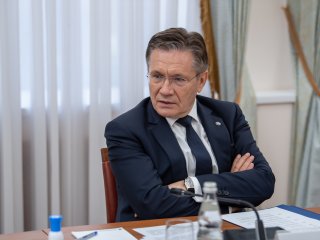 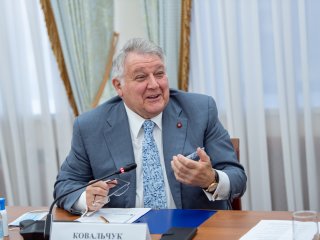 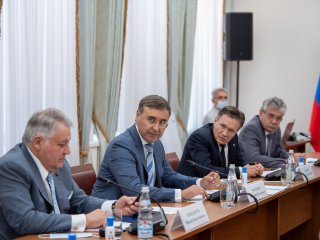 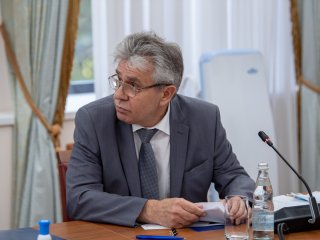 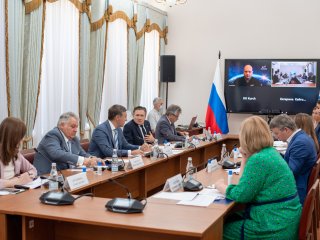