Psyche and Infectious Diseases. Interview with the Corresponding Member of the Russian Academy of Sciences M.A. Kinkulkina

Reference. Marina Arkadyevna Kinkulkina is a Corresponding Member of the Russian Academy of Sciences, Head of the Department of Psychiatry and Narcology of the I.M. Sechenov First Moscow State Medical University, Doctor of Medical Sciences, Professor.

─ How does climate affect our mental health? For example, the unfriendly climate of Moscow.

─ In general, it is believed that Moscow has a fairly favorable climate which is good enough for mental health.

─ But there is no sun all the time…

─ Why all the time? We have a sunny summer, we have the sun in spring and autumn, that is, the seasonality is expressed quite clearly. And sunny days are not uncommon in winter.

If we go to the east of Moscow, there will be a sharply continental climate, which people endure harder, because this is a sharp transition from summer heat to very severe winter frosts. If we go, on the contrary, closer to the sea, then there will be more smoothed fluctuations, just like in the Scandinavian climate, when you don’t understand whether it’s summer, autumn, or winter. Moscow’s climate is objectively considered quite good, and I wouldn’t scold our weather like that.

Returning to your first question, if a person lives in the same climatic conditions in which they were born and grew up, then, as a rule, they are already initially adapted to his climate. If a person goes up the globe, from more southern latitudes to more northern ones, then, of course, they experience some discomfort, because they are used to a longer sunny day and more sunny days. What can this lead to? To the development of the so-called seasonal affective disorder: these are shallow depressions that usually occur in the autumn period and are very atypical. Instead of lack of sleep and decreased appetite, which are characteristic of classical depressions, people on the contrary develop increased drowsiness, increased appetite, and, as a result, weight gain.

─ And what to do in this case?

─ Those who live in Scandinavian countries are most often faced with various manifestations of seasonal affective disorder. That’s why light therapy and color therapy are so popular there.

It is believed that proper observance of the sleep-wake rhythm and moderate physical activity help very well to cope with the blues. When a person lies on the couch and does nothing, or when their life is limited only to work with sleep breaks, it is no wonder they feel bad. If you manage to include communication with friends and mandatory physical activity in your usual schedule, then your well-being improves a lot. Another important element is nutrition. Vitamins, I mean fruits and vegetables, are our everything.

─ Physical activity is also advised to be included in the post-COVID-19 rehabilitation.

─ Here you must be very careful because pronounced physical fatigue and lack of strength are very characteristic of those who are on the mend after covid. Very often people start to push themselves, but the process of recovery from COVID-19 is not a situation where you need to force yourself to exercise. If you want to rest, lie down, if you have walked 500 meters and can’t go any further, then you need to allow yourself to take a break. Those who have suffered coronavirus often face a long period of recovery, both mental and physical, and this requires very careful management, no forcing of events! Physical activity, which is very often overlooked, should be feasible. The principle of the more, the better is certainly not worth applying here.

We are now actively working with patients who have had COVID-19. Today there is no doubt that the mental sphere suffers very much from this disease.

─ Covid patients complain not only of depression but sometimes of hallucinations. What causes such conditions?

─ Hallucinations and psychoses, as a rule, manifest themselves during the acute period of the disease. Usually, we see such people in covid hospitals, during illness. We are investigating this issue at our Department of Psychiatry, and we are regularly invited to consult patients with psychoses and hallucinations.

─ Are there many such patients?

─ There are not a few of them. This is not surprising.

Acute mental disorders in physical diseases, usually infectious, were described more than a hundred years ago. With typhoid fever, measles, influenza, and many other infectious diseases, acute psychotic states often occur, as a rule, with a severe course of the disease.

Such conditions are typical not only for covid. They are linked with intoxication; it is this complex mechanism that underlies such phenomena. If hallucinations occur, then a psychiatrist should be invited, because a person interacting with these images (so-called true hallucinations) is confident that everything is really happening.

─ But still, they do not occur in all patients.

─ Definitely not in all.

─ So why do some people see these hallucinations and others don’t?

─ This is due to the physical burden of other diseases and the severity of the current disease. With severe physical well-being, hallucinations are not uncommon. Of course, not in every first one, but every tenth one is quite possible. This is the so-called exogenous reaction type, which has been described for a long time and is caused by a severe physical condition. Such reactions are usually transient.

─ So then everything comes back to normal?

─ Yes. When the physical condition returns to normal, everything passes without a trace. Very often a person does not remember what happened to them in an acute state.

─ What about covid-related depressions?

─ As a rule, we see them in the recovery period. In science, such a concept as long covid, or the period of convalescence after covid, has already been established. Actually, this condition has many names. Now we are trying to summarize the data on what happens after the physical well-being has improved. Covid is only two years old, so it has not yet been possible to study its effect on the psyche thoroughly.

In somatogenic depressions, we often see a correlation with the severity of the disease: the more severe the disease was, the stronger the depression. In the case of covid, we do not observe such a correlation.

The important thing is that covid depression is a reversible condition. Such depressions respond well to therapy, including with the use of antidepressants, and people who have survived covid can enjoy life and smile again.

─ Science fiction writer Isaac Asimov predicted that technical devices, mechanisms, taking up more and more space in people’s lives, will gradually begin to drive them crazy, and in half a century many people will have serious problems with the perception of reality. Is there evidence of this today, in the context of the widespread fascination with gadgets?

─ Well… half a century has already passed, and it doesn’t seem that everyone needs psychiatric help. I think that gadgets and technologies primarily help. Of course, there are situations when excessive fascination with gadgets prevents you from doing other things, but the peak of this craze for technology, it seems to me, came in the 2000s, when high-speed Internet became accessible to everyone. Now it has become quite commonplace. I think technologies are increasingly beginning to carry a very utilitarian meaning. Remember how we used to hold conferences, how we caught a taxi, etc. Now all this can really be done easier, freeing up time for more important things. Add to this the possibilities of remote work, which are completely due to the development of technology. All this allowed us to take a different look at our lives, at the structure of our lives, even though the efficiency of work is not lost at all.

─ But what about the fact that many people stick to the phone, spending hours on end?

─ Let’s agree, there are not many of them. As a rule, we are talking about people who are not very busy in everyday life, who may simply have nothing to switch their attention to. It’s just that they used to hang out in gaming salons, but now they are on the phone. There is always a small percentage of people who don’t really want to work and who are interested in something else. But in this case, this unwillingness to do anything and the desire to escape reality is channeled into gadgets that surround us everywhere. But these are not all people. Among my acquaintances, friends, and colleagues, for example, many interact perfectly with gadgets, without compromising their work and personal life.

─ How to understand when to contact a psychologist, and when a psychiatrist?

─ Usually, a good psychologist, seeing that a person needs to see a psychiatrist, recommends it. But unfortunately, this does not always happen. Sometimes psychologists go beyond their competence, try to work where there is no longer their field, and in the meantime, the disease is progressing.

Oddly enough, young people are now much more open and much less afraid of psychiatrists, unlike adult patients. There are a lot of young people among our patients who have asked for help of their own volition, and not by the will of their parents. Most often these are people with depression. Sometimes we even encounter paradoxical situations: for example, a young man comes to us, gets help, his mood improves, and then we persuade his parents not to interrupt therapy, to continue taking medications, because the older generation is often embarrassed that someone from the family is being treated by a psychiatrist.

The problem of stigmatization of mental illnesses exists all over the world. Now, fortunately, in our country, it is on the decline. Therefore, I hope that more and more people will receive psychiatric care on time and regain their mental health.

The interview was conducted with the support of the Ministry of Science and Higher Education of the Russian Federation and the Russian Academy of Sciences.​​​​​​​ 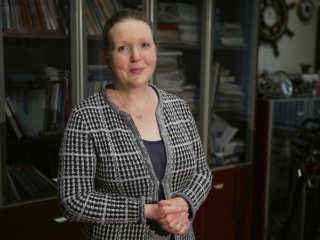 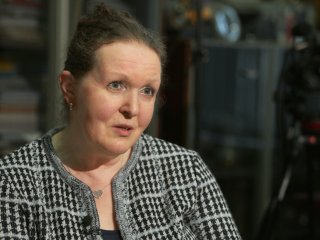 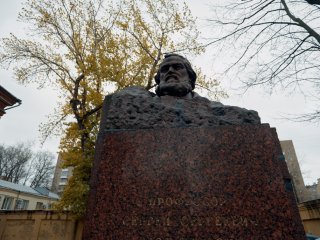 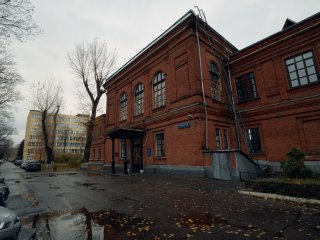 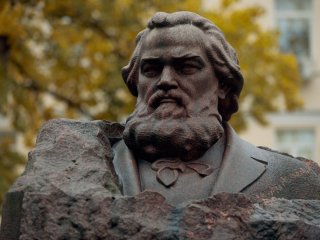 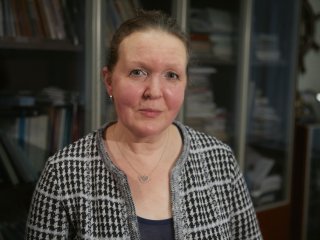 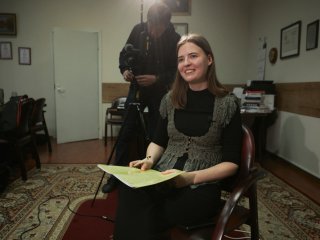 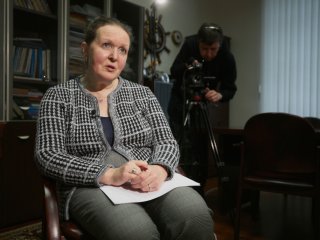 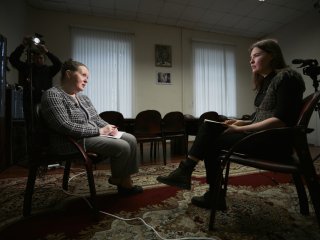 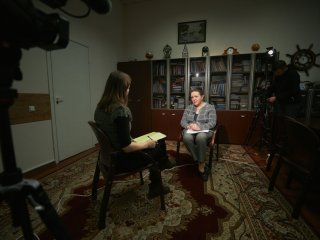 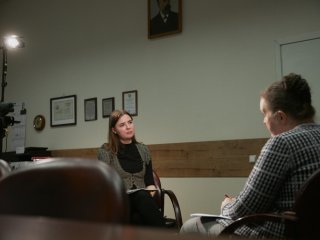 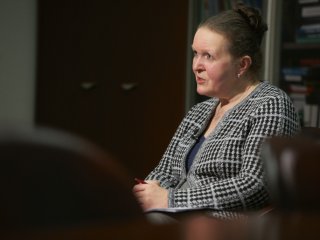 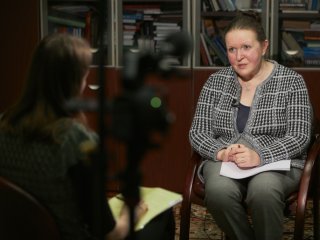 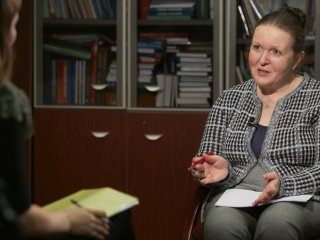 07.03.2022 10:30
322
“The Species Genius of a Person is in Solving Social Problems.” Interview with Doctor of Biological Sciences Zhanna Reznikova