Disaster Medicine: A.S. Samoylov, Director of the FMBC, Corresponding Member of the Russian Academy of Sciences – About the Work of the Burnasyan Center

This year, the Burnasyan Federal Medical Biophysical Center of Federal Medical Biological Agency (hereinafter – Center, FMBC) celebrates its 75th anniversary. This is where the victims of emergencies are brought to provide medical assistance. Specialists of the Center also go to the disaster sites, where they work as medical rescuers.

Scientific Russia talked about the work of the Burnasyan Center and disaster medicine with Alexander Sergeevich Samoylov – Corresponding Member of the Russian Academy of Sciences, Director General of Burnasyan Federal Medical Biophysical Center of the FMBA of Russia, and a specialist in professional sports medicine.

─ Your medical center is one of the few in our country where such a direction as occupational medicine is represented. Tell us more about it.

─ The purpose of preventive medicine, or occupational medicine, is to identify occupational factors that affect health and, based on the data obtained, develop recommendations on how to prevent the influence of these factors in the future. These may be medical, socio-economic, and other recommendations, the ultimate goal of which is professional longevity.

The foundations of preventive medicine were laid back in the Soviet years. In the 1940s, when work on the nuclear project was commencing and research institutes and laboratories were established for it, medical and sanitary units were usually built next to them so that all scientific staff could regularly undergo medical examinations. This is how the system of preventive examinations was born, diseases were detected, their relationship with occupational hazards was analyzed.

An Interdepartmental Expert Council was established based on our institution to determine the causes of radiation exposure and the relationship of the radiation factor with the profession. And today, of course, we are no longer just talking about occupational medicine, but about a certain system that is implemented in the form of fundamental and applied research, as well as in the form of regulatory documents and, of course, education.

We have a Medical and Biological University, with a department that trains specialists in the field of occupational pathology, and there is a postgraduate course. Most of the dissertations are dedicated to radiobiology, including occupational pathology and the influence of the radiation factor on human health. Such studies are especially in demand in the Rosatom State Corporation.

─ At the General Meeting of the Russian Academy of Sciences, you talked about such a new direction as biomedical nuclear forensics. What is the reason for its emergence?

─ This is indeed a relatively new direction. We came to it because, during the investigation of crimes related to the use of nuclear sources, radiation factors, a link between a forensic physician and a specialist in the field of radiation pathological anatomy is necessary to make an expert decision. In our work, we use our own unique radiochemical and physical techniques that help forensic experts answer the question of whether radiation exposure has taken place.

A Nuclear Forensics Center was established in our FMBC in 2015 but work in this direction began much earlier. In 2012, our scientists were involved in the examination of the exhumation of the chairman of the Executive Committee of the Palestine Liberation Organization (PLO) Yasser Arafat. We had to answer the question of whether his death was related to polonium-210 poisoning. We conducted extensive research, took more than a thousand samples. Physicists, radiobiologists, radiochemists, and many other specialists worked on the case. We proved that there was no such connection. But there are also many examples when we proved the opposite, that is, we established a connection between the death of a person and radiation exposure.

Biomedical nuclear forensics is in demand not only in our country but also abroad. There is the Global Initiative to Combat Nuclear Terrorism, in which our country, including the FMBC, participates. We are actively cooperating with all 88 countries participating in the Global Initiative. Not so long ago, it was decided to hold a large seminar in Russia on nuclear forensics at the expense of the IAEA. Due to the pandemic, the deadlines have slightly shifted, but we will definitely hold it as soon as possible.

─ What fundamental qualities should a medic working in an emergency zone have?

─ Such a specialist should quickly provide assistance, in fact, instinctively make the right decisions. These instincts are based on knowledge and experience.

─ So these instincts can be trained like a muscle?

─ It is not only possible but also necessary to do this purposefully. Proper behavior in a critical situation is also a matter of training. All people are psychologically very different, and often we see that a person, for example, is a very good professional with a stable psyche, in a normal situation; but getting into an emergency, they may behave unpredictably, will not be able to adapt, etc.

─ And is it possible to foresee in advance that a person will behave like this?

─ Definitely. It is necessary to test people’s skills in advance, give them situational tasks to prepare them as specialists. By the way, very often in critical situations, we see ordinary doctors showing unexpectedly outstanding organizational skills and later growing into great leaders.

─ After all, your work is very specific. And whom are you screening out first? With what qualities is the entrance, as they say, closed?

─ The human factor is perhaps the most important thing in the work of a medical institution. If we see that a person is really a professional in their field, then we try to find them the place where they can fulfill their potential as effectively as possible. We do not weed out anyone, but, on the contrary, we train specialists, train stress resistance – this is a very important quality in our work. Equally important are high efficiency, the absence of phobias, and, of course, a sincere desire to work.

There are special hardware techniques with which we can test this or that specialist for their readiness for extreme situations.

─ As far as I know, you have entire laboratories that simulate extreme conditions?

─ Yes, but this is a slightly different direction. We have a separate Center that deals with the physiology of sports. For example, we can prepare an athlete for the conditions of a very hot climate, simulate these conditions: we have a unique climate room where we can simulate temperature regimes from +50 to -50 degrees Celsius…

─ Can you simulate high-altitude conditions, such as hypoxia, in the laboratory?

─ Yes, and not only hypoxia but also strong winds. In general, we model the unfavorable conditions in which an athlete or a serviceman may find themselves and look at what changes will occur in the body, what medical technologies we can use to protect them so that they return healthy after such loads and stress.

For professional athletes, stress is a habitual and normal state, they live in stress. Such people are constantly training, are often on flights, have jetlags, etc. For an athlete, the ability to self-control and manage stress is the same professional competence as mastering their sport. And sometimes athletes spend about the same amount of time on stress management training as they do on physical exercises in their main specialty.

─ Finally, Alexander Sergeevich, what was the most difficult case in your practice?

─ One of the most difficult cases in my practice occurred in 2016. We treated a young patient who was 30 years old at that time and suffered more than 85% thermal and radiation burns. The accident occurred at one of the factories where we served as medics. The patient was promptly taken to Moscow by air ambulance and hospitalized. A large team of doctors worked around the clock to save the patient’s life.

Immediately upon the patient’s arrival at our Center, the doctors took all the necessary biological materials from him right in the emergency department: they made a brain puncture, took a piece of skin, gums, etc. Our intensive care surgeons urgently began to treat the man, realizing that there was a long way of struggle and complications ahead. The patient’s treatment was carried out under the strict supervision of the management. He stayed in our hospital for 295 days!

I still remember those reports that I wrote daily. Most of them ended with the words that the patient is in critical condition and may not live until tomorrow. Fortunately, the unbending will to live of this patient and the dedication of our medical staff made a miracle – the man was pulled out of a critical condition, from sepsis.

Then the patient and us came to the next important stage: skin grafting. And here our potential as a scientific institution was fully realized. we grew the patient’s stem cells, and where his own skin was missing, we filled in the gaps with so-called biological prostheses, artificial skin: we scaled it all up, grew it, went through all the stages of infectious complications together with the patient, etc. Then a long period of rehabilitation began.

As a result, after 295 days, 110 operations, a huge amount of anesthesia, we discharged a fully socially adapted person who had already become a father and was able to return to work. For us, this victory, which united the team, was psychologically very significant.

The interview was conducted with the support of the Ministry of Science and Higher Education of the Russian Federation and the Russian Academy of Sciences. 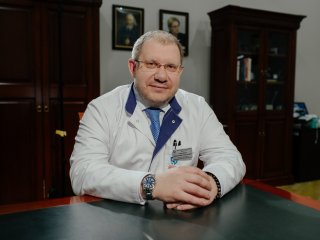 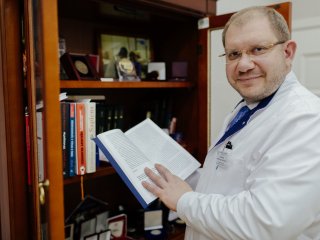 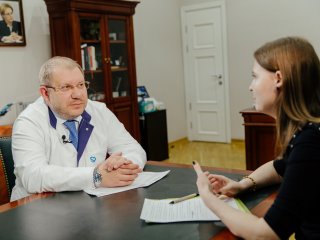 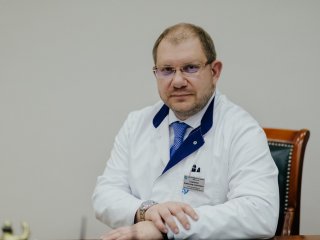 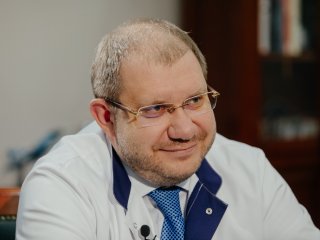 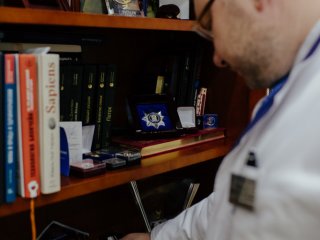 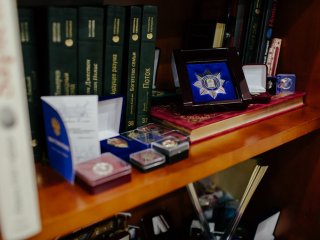 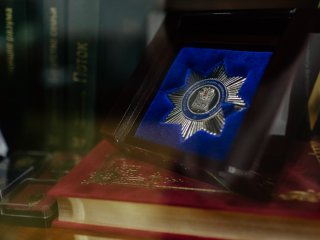 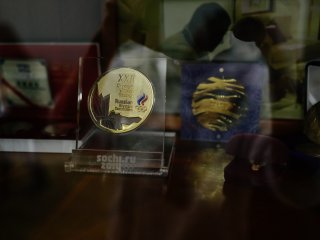 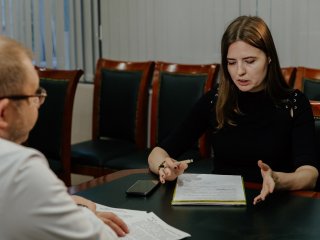 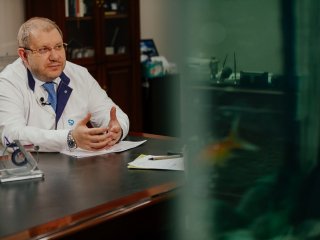 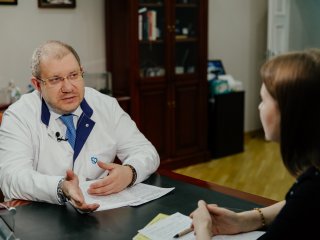 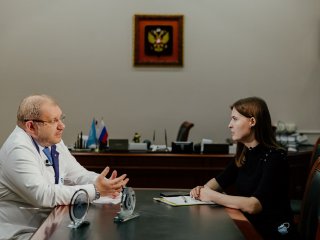 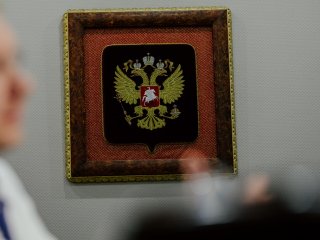 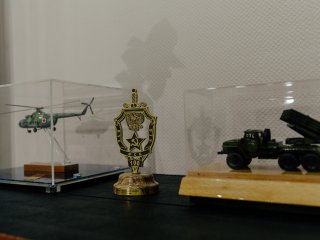 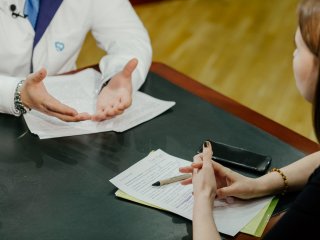 05.08.2022 10:30
71
Import Substitution in Veterinary Medicine. Shchelkovo Biocombinat scientists on the production of vaccines against foot-and-mouth disease and other animal diseases