ASSISTANT FOR ANY DOCTOR. ON ARTIFICIAL INTELLIGENCE IN MEDICINE ─ G. A. BLEDZHYANTS

─ What do we mean by general artificial intelligence? Is there a single definition?

─ There is no single definition today. There are different models. It depends on which side you look at: from a functional viewpoint, from an architectural one, etc. However, I tend to use the following definition: artificial intelligence is a system, a high-tech device that is capable of self-learning and imitating human behavior to solve specific problems. Probably, this is the main definition adopted in our company when we communicate and discuss this subject.

─ Is it possible for strong artificial intelligence to develop its own unique work algorithms, that weren’t originally installed by humans?

─ Yes, it is possible. Moreover, according to our forecasts, this may happen very soon: in the next ten years. In this respect, I’d like to introduce a small caveat: if we’re talking about self-learning, then weak artificial intelligence today also self-learns. Self-learning can be different. But consciousness is a completely different issue.

I believe that weak artificial intelligence differs from a strong one mainly in the size of associative memory: that is, in how detailed the system is in associating tasks, images, certain objects. The more this association is interconnected, the higher the consciousness. At the level of this associated consciousness, the system can understand the true essence of the process. Therefore, of course, strong artificial intelligence will be created sooner or later. Big global companies are moving towards this.

─ It is no secret that artificial intelligence today is highly demanded in medicine. But in which specific areas?

─ Today artificial intelligence is in most demand and effectively used in clinical pharmacology, in genetic research, in various types of therapy, in oncology, especially in radiation diagnostics. For example, in radiation diagnostics, artificial intelligence is used to process and analyze medical images: this is the understanding and recognition of patterns – the so-called computer vision. The first electronic clinical pharmacologist is used in clinical pharmacology, developed by us, as well as by our partners and competitors. In therapy, it is the symptom-checker system and the detection of diseases. In a word, wherever data is formalized, where there is a large amount of information (e.g., pictures, medical images) and analysis is required, weak artificial intelligence is in great demand.

─ Will robots become able to independently perform surgeries in the future?

─ Which medical specialties strong artificial intelligence will never be able to replace?

─ I think there will be no specialty that the system couldn’t replace. I’d rather talk about the ethical side of the question: is it worth doing or not? If strong artificial intelligence is built in the same way as the human brain (from a functional viewpoint), then such AI could replace any surgeon and any doctor. The only question is when it happens and how the public will react to it.

─ Sometimes it seems that the whole essence of artificial intelligence is that it only processes information much faster, and in volumes that a person cannot cope with. Fundamentally, is there any other difference besides the speed and volume of information processing?

Strong artificial intelligence will be drastically different, not only in its power and functionality but also in structure and development. As I already said, we develop strong artificial intelligence by analogy with the natural model, and these are structurally functional parts of the brain at the level of both macro and micro brain architecture. We also develop a functional model of isolated neurons and neural networks by analogy with the natural model. The development process itself can be divided into several stages. First, an ontological model of the brain is developed, starting from the sensors to the subcortical nuclei and further along the pathways to the topological regions of the cortex. The most interesting thing begins in the cortex, we build ontological models of various hypotheses for the functional architectonics of neural networks of certain cortical layers. These ontological models are built based on the UMKB (United Medical Knowledge Base). At the second stage, a special algorithm based on the ontological model of the brain generates a huge number of so-called brain specimens (complex interconnected neural networks). At the third stage, a genetic algorithm is launched, which launches the process of the evolution of specimens in a special virtual environment. The genetic algorithm’s job is to get the most perfect specimens that most effectively solve the assigned tasks… To date, we have so far managed to model in detail the ontological model of the visual analyzer, we are making attempts to simulate specimens based on it. At first, our task is to develop an AI that can read and understand the text.

─ That is, artificial intelligence should copy the work of the human brain?

─ The image of the future is my favorite topic! The medicine of the future will be personified, and now everything is already moving towards this. Digital genetics actively penetrates clinical practice; accordingly, the choice of therapy, the likelihood of diagnosis, and risk predictions can already be gradually compared with the genome, and the genome is the missing piece of the puzzle in solving medical problems.

─ Because we, doctors, are accustomed to looking (and had to look) at a patient from a clinical viewpoint: feel or investigate with instrumental methods according to his symptoms, according to what we see. Previously, we had no opportunity to look at the genome. We could study it only indirectly, through a survey, anamnesis: what their parents or relatives suffered from, and so on. And now doctors have a new tool – the one missing element that is needed for a complete medical profile of the patient.

─ Which exact instrument are we talking about?

Note. A genetic passport is a document containing information about a person’s genetic identity. This information is obtained during DNA analysis and reflected in the form of a specific combination of letters and numbers. Essentially, a genetic identification passport is a genetic fingerprint. This “imprint” is strictly individual and remains unchangeable throughout life. Source: http://www.mcstatus.ru/genetic_passport

Talking about the future of doctors in general, the replacement of specialties will, of course, occur gradually. The first areas in which strong artificial intelligence will replace humans will be clinical pharmacology, genetics, therapy, and possibly radiation diagnostics. The rest of the medical specialties will still be in demand in the next 10–20 years, and, I think, there will be no major changes there.

Soon, doctors will work in clinical practice in parallel with artificial intelligence, this is already happening before our eyes: in some hospitals, doctors use automatic image recognition, deductive systems, and so on.

If we talk about the horizon of 10–20 years, we will come to a hybrid healthcare system, when doctors, together with artificial intelligence, will hold consultations and solve issues of the day. This is the near future, I think.

What else will happen, in my opinion? Probably, there will be a growing demand for neurosurgery: the integration of the brain with artificial intelligence systems, that is, the implantation of certain implants to make the human body and its intellectual abilities as effective as possible in withstanding market competition. And the main competitor will be artificial intelligence. With the help of the above technologies, for example, it will be possible to visualize a certain image directly in the visual cortex of the human brain, and in the course of its operation, the system will be able to self-learn. The speed of information processing by a person will increase, etc.

Similar examples have already found their application in medicine. There is a special plate that is placed on the upper surface of the human tongue, and a blind person begins to see. Such a plate gives micro electric discharges to the mucous surface of the tongue, and the receptors of the tongue feel it. At first, when a person wears this plate in their mouth, they still don’t see anything, but over time, due to the plasticity of the brain, the person begins to understand the picture. It looks like this: a person puts on a helmet with an installed video camera, it sends a signal to the plate, then to the tongue, and eventually, vision is formed through the tongue.

─ What other interesting inventions are there in this area?

─ One of the latest projects that intrigued me the most is Intel’s development of the olfactory nervous system, that is, a system that detects odors. It is noteworthy that they made this development at the level of a neuromorphic computer: using the neuromorphic principle (impulse principle), they created a neural network – a special chip that can detect aromas or chemicals in the air and classify them. This was done by analogy with the natural model, replicating the olfactory system of the brain in this chip.

─ Let’s return to the question of professions. You said that strong artificial intelligence can replace any doctor. And what if it’s a creative profession? Or, say, teachers who work with children? It’s very difficult to imagine that they can be easily replaced by a “machine.”

─ So even the most delicate strings of the soul will be subject to artificial intelligence?

─ And where is the line when we realize that a strong artificial intelligence has been created? What should happen for us to say: yes, this is it?

─ I think we’ll understand it immediately. Smartphones will have assistants.

─ But they already have them.

─ Such assistants we’ll definitely like. These virtual systems will be able to do everything: help us quickly find the information we need, coordinate our work schedule, replace us in some complex intellectual issues. Healthcare will improve dramatically.

─ Could such an assistant show up at a job meeting instead of a person?

─ Easily, and you wouldn’t even notice the difference.

─ And to sum it up, could you tell me whether it’s possible to put some kind of restrains on artificial intelligence so that it, as they say, “doesn't make a mess?”

I’ll give you an analogy with the human brain. The cerebral cortex is responsible for ensuring that a person can create, dream, and do whatever they want, but in some cases, the subcortical systems slow us down. The same applies to AI: when creating artificial intelligence, if its architecture is properly organized and special subcortical restraints are built, the system will not go beyond the prescribed framework. If artificial intelligence is developed in a similar way to the structure of a natural model (that is, the human brain), i.e., subcortical systems with the necessary brakes, then such intelligence will never be able to go beyond the specified framework. It will never be able to rewrite the subcortical nuclei, just as we practically cannot rewrite or control the subcortical nuclei. Some yogis manage to do this (to regulate the vegetative system, for example, by controlling some subcortical nuclei), and even then, only to some extent. 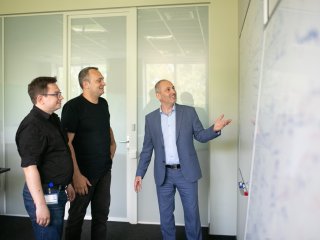 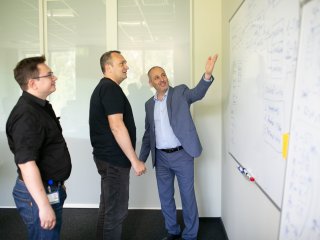 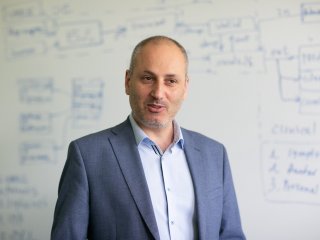 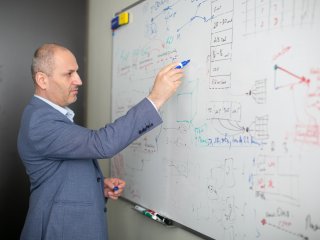 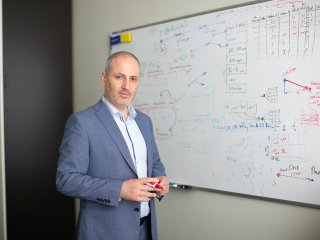 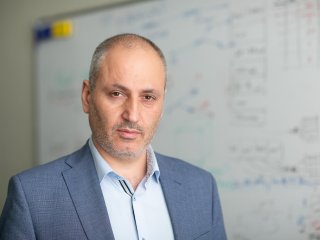 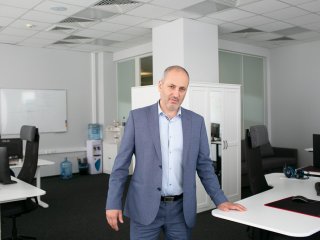 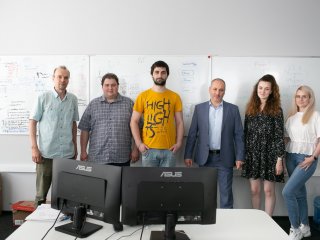 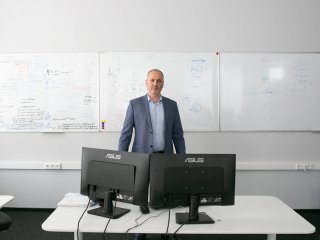 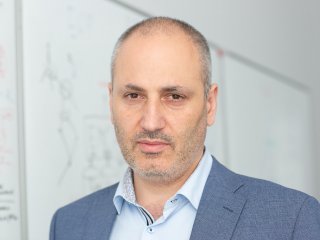 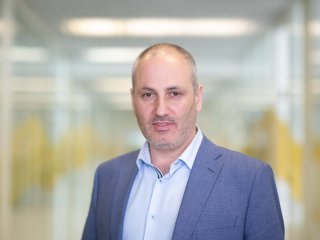 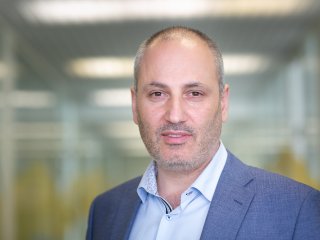 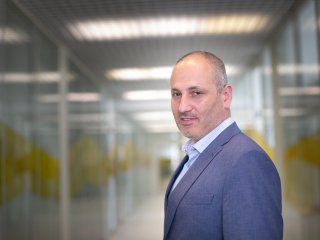 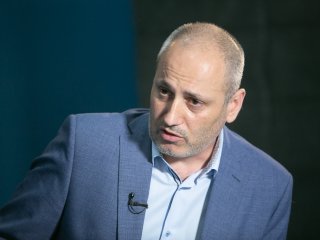 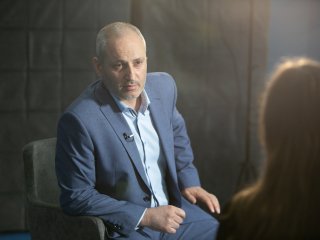 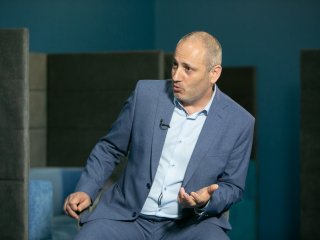 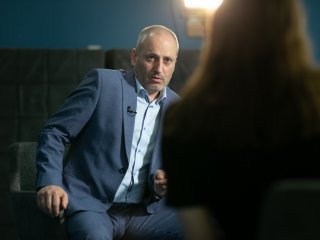 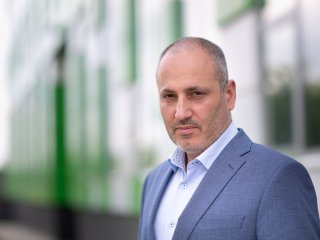 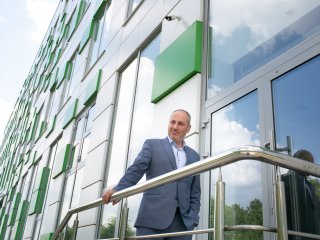 12.08.2021 10:00
705
Hot Climate Will Become the Norm. V. A. Semyonov, Correspondent Member of the Russian Academy of Sciences, on the climate paradigm change